Why does the audience let Patty fall?

In the new Ghostbusters movie, there is a scene where two characters jump in a crowd.
The first character gets lifted by the audience, and the second character, Patty, tries it too and lands on the floor: 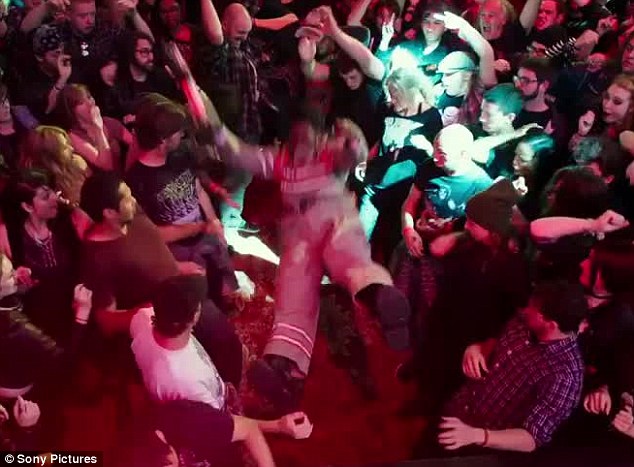 After she falls, she asks if it's "a race thing or a lady thing", but I couldn't understand this scene myself.

Since the film is seen by many people as trying to be progressive in its depiction of strong female characters, I cannot see why they would place a scene that seems to make fun of a character's race, or that would treat a character differently because of her skin color and make a joke from it.

As mentioned in several places, e.g. here, Patty's character is limited to a stereotype: "street-savvy black woman", throughout the whole movie.

I think this crowd "incident" is yet another way to emphasise the stereotype.

In my opinion, the whole point of this is to show us that with all those obstacles, and even though people are racist, Patty still helps them, and is saving the world. Unlike Rowan, who took this to exactly the opposite direction: "they hate me, so I'll kill them all."

Not the answer you're looking for? Browse other questions tagged plot-explanation ghostbusters-2016 .

14
Why does the dinosaur let the wounded dinosaur live?
16
Why let Leamas and Nan escape?
19
Why did he fall to the ground?
8
Where does King Kong fall?
7
Train scene in the movie "Shame"
2
Why does Moriarty owe Sherlock a fall?
3
Why does Lex Luthor let her die?
7
In the Seventh Seal why does Death let the chess game happen?