What role Bob Anderson did play, Imperial or Rebel?

Wikipedia claims that fencer and fight choreographer Bob Anderson played an Imperial Officer in Star Wars. This page movie-dude.co.uk shows a Rebel Officer claiming it's Bob Anderson but the quality is so low I can't say whether it's him or not.

So whom did he play, Imperial or Rebel?

As a bonus question, is there any conclusive proof of who was wearing the costume (Anderson or Prowse) in the original Star Wars movie in the iconic fight between Vader and Kenobi?

The Wikipedia article is mistaken. He played Trey Callum, the "the Rebel trench officer who first reports to Echo Base the sighting of AT-ATs during the opening stages of the Battle of Hoth" (Wookieepedia) 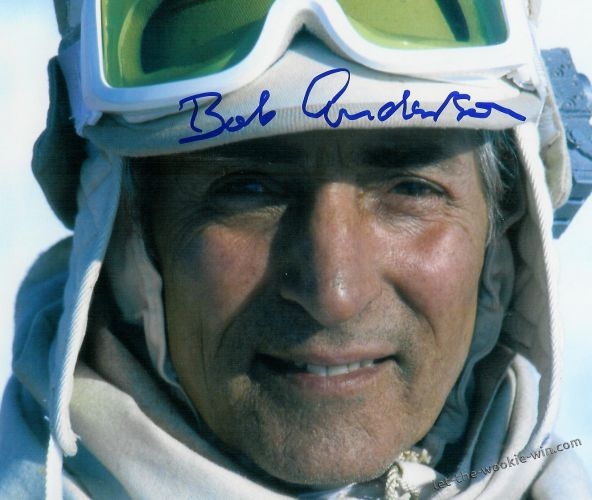 As to the iconic fight scene, from an interview quoted in the question's Wikipedia article:

Vader actor David Prowse explains that he did his own swordplay in Star Wars, but when the movie became a hit deserving of sequels, ”having one of the principals do his own stunts made (the filmmakers) very weird from an insurance point of view.”

Not the answer you're looking for? Browse other questions tagged star-wars casting the-empire-strikes-back .

48
Why did three actors play Darth Vader?
2
Why did Jyn and Cassian take off their imperial uniforms?
14
Is Ewan McGregor in The Force Awakens? If so, what was his role?
3
Why did Michael Praed not play the main role in Robin of Sherwood season 3?
1
Did the actor Wylie Watson play the role of waiter in The Lady Vanishes?
4
Does Brendan Gleeson also play the role of the fiddlist in the confederate field hospital?
1
What planets are these witnessing the fall of Imperial Destroyers?
7
What role was Irrfan Khan supposed to play?