Why do we see a dizzy face of Stu in the last scenes of Phone Booth?

Why do we see a dizzy face of Stu in the last scenes of Phone Booth?

Actually Stu got sedated by the paramedics. So only Stu will feel dizzy, that means only Stu's eyes will view with a dizzy feeling. But whole scene went to a dizzy state (it's like the audience got sedated). Why so?

This is a common movie technique, and I have often asked myself the same question: If the character is the one affected, why are we (in the form of the camera) seeing things not from his point-of-view, as you might expect, but only with his mental state coloring things.

Here's a really common, similar example: A character remembers something. We flashback. We see the character! But you don't see yourself in your own memories, right? You see what you saw!

So, why not do a POV for those things?

The answer, it seems to me, can often be found in imagining the scene if had been shot POV. What's the effect? Is it the one the director would want to convey?

This is, perhaps, counter-intuitive, but POV shots rather alienate us from the character. What's the #1 use of the POV shot, as a trope? I'd say it's probably the slasher. Michael Meyers and Jason Voorhees, most famously (though hardly the first) predominately used POV shots to create menace. 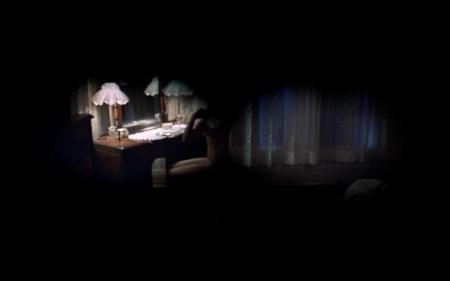 Prior to that, it wasn't uncommon to use a POV shot for a murder mystery (which the first "Friday the 13th" and "Halloween" movies could arguably be said to be). 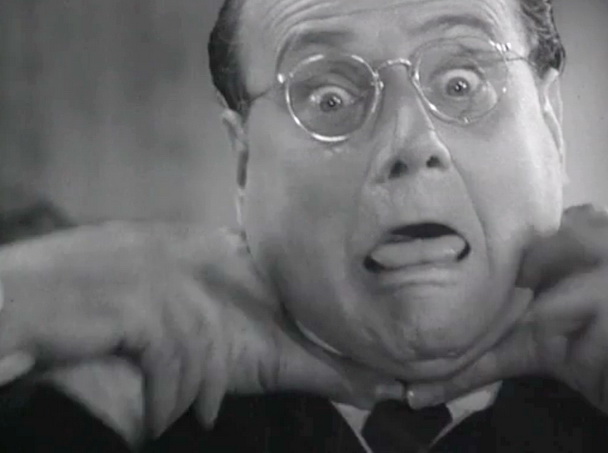 Meyers and Voorhees have no personalities. We experience what they do, often "unwillingly", but we learn nothing about them. The other big slasher, Freddy Krueger, doesn't use POV shots precisely because he is an interesting character.

Where else do you see notable examples of POV shots? The opening scene of Saving Private Ryan, where it's used effectively to convey the trauma of the Normandy landing. But note that we learn nothing about the character from that. It is sheer experience.

The ending of the "Doom" movie switches to first-person-shooter mode. It's kind of a fun moment but it reveals nothing about the characters (or even plot). It's just a denouement disguised as a climax.

Basically, then, we see Colin Farrell because we're supposed to care about how he's being affected, and the director has chosen to convey that experience in a more literal way, through camera effects, rather than having us see outward from his eyes.

This particular scene probably could've worked both ways, or at least had a little POV, but if you start paying attention to this technique in movies, you'll begin to see why it's used: It's simply more effective to see the characters (generally) but it's also important to give the audience a sense of what the characters are experiencing.

Not the answer you're looking for? Browse other questions tagged plot-explanation phone-booth .

29
Why does Don Corleone give in so easily in The Godfather?
14
Why does Walt talk about Victor?
18
Did Arya really see that the Thin Man was a wrongdoer?
6
Why didn't Gus tell Jesse his plan for the trip to Mexico?
6
Why is Jack Bauer always right, above the law and free to do what he desires, but no one else is?
11
How come he didn't use the most obvious solution to “grasp” time - dates?
5
Why did Venom only eat heads?
4
Can Bran see the future at will that people don't know about?