Why are goats used as a symbol for yoga/meditation?

In both Ice Age: Collision Course and Zootopia goats are used to represent yoga and meditation. Why? 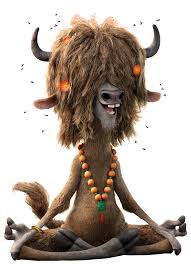 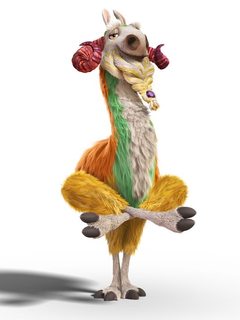 They aren't; neither of those characters is a goat.

The Zootopia character is a yak. His name is Yax, and look at him side-by-side with this picture of a yak: 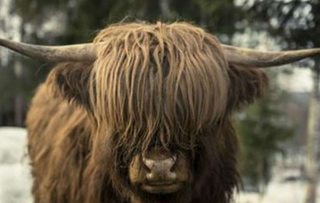 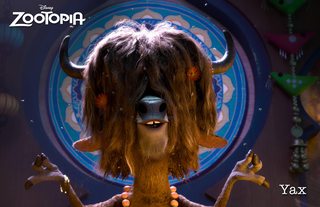 Yaks are native to Central Asia; they're commonly kept as domesticated animals in Tibet, Nepal, Bhutan, and parts of India and Mongolia.1

As for Ice Age, I haven't seen the movie, but that character is named Shangri Llama, so presumably he's supposed to be a llama. His name is a pun on Shangri-La, a fictional Himalayan paradise from the novel Lost Paradise. Once again, the Himalayas are associated with Tibet, Buddhism, and meditation, and meditation is associated with yoga. Llamas, however, are native to South America,2 not the Himalayas, so unless the movie explains the joke more fully, I can only guess they picked a llama purely for the pun in the name.

There is a very interesting article about "Symbolic Meanings of Goats" present on whats-your-sign.com.

Symbolic goat meaning can be hard to tackle because there are so many symbolic implications the goat has to offer. This is largely due to its long-term presence in human life/civilization.

They also encourage independent adventures and explorations of high vistas for the sole purpose of personal/individual knowing. Speaking of vistas, goats love great heights and this symbolizes spiritual ambition. Goats also love to climb and climbing speaks to us of progress and achievement. The goat will travel and live up in cliffs and mountains at impossible angles and elevations. Goats approach a precipice with ease and enthusiasm. This is encouragement to search your soul in places high and inaccessible for your sustenance. You can get there!

The astrological sign of Capricorn is symbolized by the goat (December 22 - January 19). Capricorns are powerful philosophical signs and highly intelligent.

So their love of height does get interpreted as spiritual ambition. So that might be the reason of picking Goats for showing yoga and meditation.

Not the answer you're looking for? Browse other questions tagged character analysis zootopia ice-age-5 .

8
Why are Shaggy and Scooby always chosen to lead the monster to the trap?
33
What does the symbol V stand for in the movie V for Vendetta?
6
Why are the emotions colored in the way they are?
15
Why did Zootopia change newscasters based on country?
38
Why are dolls, teddy bears, etc. used as horror objects in horror films?
12
Why was Saito old in Limbo?
5
Why En Sabah Nur is used as a name for the first one?
5
Why/how does Gupta have Buck's knife?
2
Why does The Scrat in Ice Age Try To Burry his Acorn everywhere?
9
What is Bonnie Hopps referring to when she said Judy "opened their minds"?