As of S03E01, does walker blood have an effect on open orifices/wounds?

During the first episode of Season 3 of The Walking Dead, I noticed the group is now very cavalier about taking down walkers: 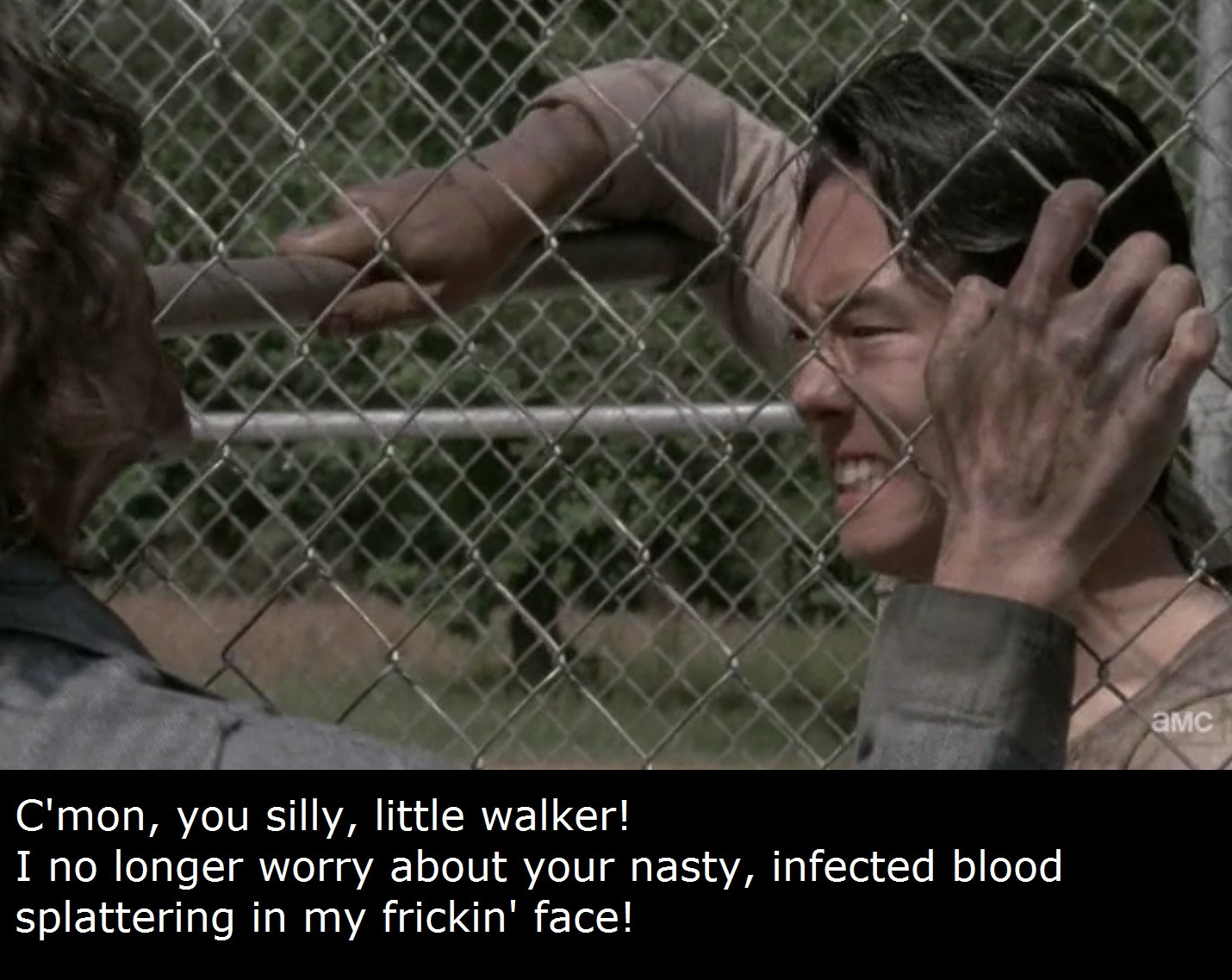 I understand that, as time passes, the characters learn more Walker do's and don'ts; but I was under the impression if Walker blood got in their system, they would turn.

Is this true or have I imagined this rule?

I think that they may be modeling the initial fear and then subsequent relaxing of fears in the same way HIV/AIDS was viewed initially.

At first it was believed that being around people that were infected would cause you to be infected as well (drinking after someone, etc), but this was eventually dispelled.

From the Dr. at the CDC, Rick learns that they have all been infected and carry a dormant form of the zombie disease, but being bitten, scratched or dying accelerates the progression.

In the case of Herschel and his leg, we see that if you are able to remove the infection quick enough, one can survive a bite.

This may have been different in season 1, where you see several examples of people committing suicide or dying without turning. In Season 3 and going forward, I think its understood that you don't turn till you are attacked and/or die.

Not following, "Universal Precautions", is a bad idea...no way is the virus selective about how it gets in your system...if a walker's blood mixes with yours, you are in trouble...it's the same as a bite or dying...so they're just taking a huge chance, or the writers aren't thinking it through correctly.

35
Where does the tunnel in the Wall come from?
13
Did the cousins intend to return for their Mercedes?
9
Does Edge of Tomorrow have an open ending?
2
What does Werner Zytle mean with his final words in S03E01?
7
Did she really say 'zombie'?
7
How did Carl survive the eyeshot?
9
Why does Ser Davos stare at the blood stain?
14
Don't other Maesters know about these properties of Dragon-glass?
11
How does Mike know that the monster craves blood?
0
Why does Luther warn Ken Baranby in S03E01?