Why was the "Green" removed from "Green Arrow"?

Why was the new TV version of Green Arrow, simply called Arrow? Have the studios given any reasoning behind that decision?

[dropped] the "Green" from the title because "Arrow" felt "sexier, a little more dangerous.

But I think the name change also reflects that this version is noticably different from the Smallville incarnation, but also from the Comics.

Nobody in our universe has super powers, so that's a big jumping off point...

Other than in name, there are virtually no similarities between [the 'Smallville' version and the new version].

A world without superpowered characters would definately be a very big difference.

When I directed the pilot for 'Smallville', I knew that making Clark Kent relatable would be the key to audiences believing in him as a hero. ARROW is a different show — darker and harder-edged — but it’s the same core idea. We’re creating a real, believable world in which Oliver Queen can do incredible things.

This article from Screenrant suggests that it was done to reach a wider audience. Presumably the name "Arrow" might attract people who could be turned off by the comic-book-sounding name "Green Arrow." Anyway, it seems he is more about the Arrow now than the Green: 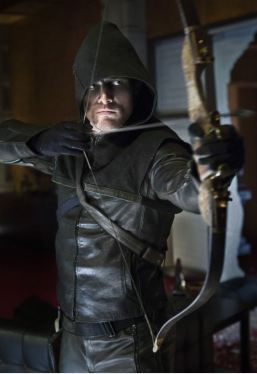 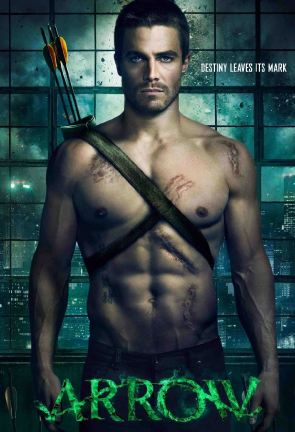 Not the answer you're looking for? Browse other questions tagged arrowverse arrow comic-adaptation .

16
How true is the plot of 'Arrow' to the comic with regards to his origins and background?
9
Why didn't Oliver wear the mask?
2
What does Werner Zytle mean with his final words in S03E01?
9
Who makes the arrows in TV show Arrow?
4
How did Deathbolt (Arrow/The Flash) become a meta-human?
4
Why did Arrow play homage to Blue sky?
3
How much resemblance is there between the "Arrow" TV-series and the "Green Arrow" comics?
2
Is Roy based off of a comic book character?
4
Why didn't Arrow (Oliver Queen) just become part of the League of Assassins?