In 1991's Switch, a tale of a murdered man resurrected as a woman, Ellen Barkin plays the main characters female persona. In this movie, she is incapable of walking in heels, having never done it as a cis-gendered straight male with no cross dressing tendencies.

But one thing that struck me was that her legs seemed very... masculine? Muscular, they seemed muscular, more so than any fit late 80's early 90s woman that looks like a "shit brickhouse" would have.

So my question is, did they intentionally enhance or highlight the muscles in Ellen Barkin's legs for the movie? To make her seem more like a man, a reoccurring theme in the movie? In order to make Goldie seem like the male main character Steve?

I am quite certain it is just her legs. She "walked like a man1" which would most like cause her to walk different. The fact that she is seen in a skirt throughout most of the movie just accentuates her legs.

There doesn't appear to be a lot of special make-up effects, other than basic make-up, costumes, and the like. This is just a man that got put into a woman's body, not much more magic to it than the cast, the costumes, and the script.

Here is a picture of her legs in Bad Company, a different movie than Switch:

As you can see her legs show some definition.

Here is a picture of her legs in Switch: 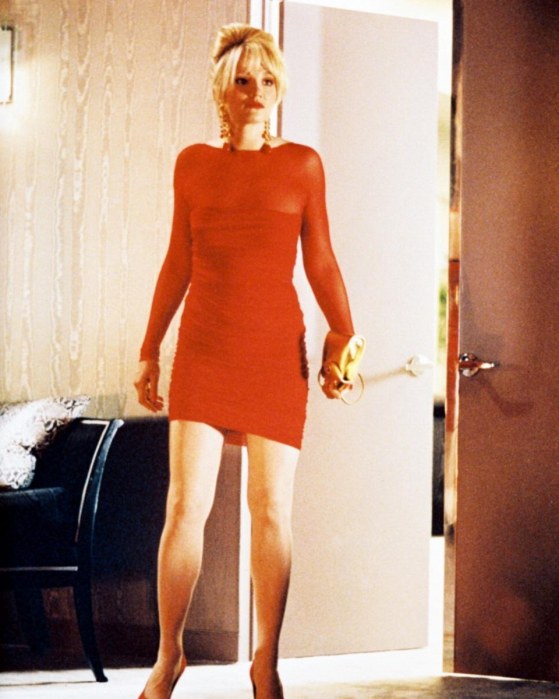 Actually, there appears to be less definition in her legs. That may be what you are attributing to be as more manly.

1Not Your Average Male

Not the answer you're looking for? Browse other questions tagged analysis effects switch .

16
How were Hiro's time halting scenes filmed?
2
How were the CGI scenes created for National Geographic series WW II Greatest Raids
5
How were starfields / streaming stars created in the pre-computer era?
3
In Unbroken, how were the actors made to look malnourished?
2
Were old TV shows routinely sped up for some reason?
29
When were digital effects first used in film or TV?
0
What techniques were used to film Ariadne entering the dream world for the first time
2
How were the machines in Matrix Revolutions modeled?
6
How did they film the scene that showed Leonel Salamanca's amputated legs in S03E08?