Escape of the Iron Islands

As seen in episode 5 of season 6, we can see

Theon and Yara Greyjoy escaping the Iron Islands before Euron Greyjoy gets crowned King and will most likely slaughter the competition.

A friend and I are arguing over a piece of detail regarding this event. On a shot, you can glimpse at

3 rowboat and a handful of men running towards them with our two protagonists.

The thing is that a few minutes later, we can admire this view: 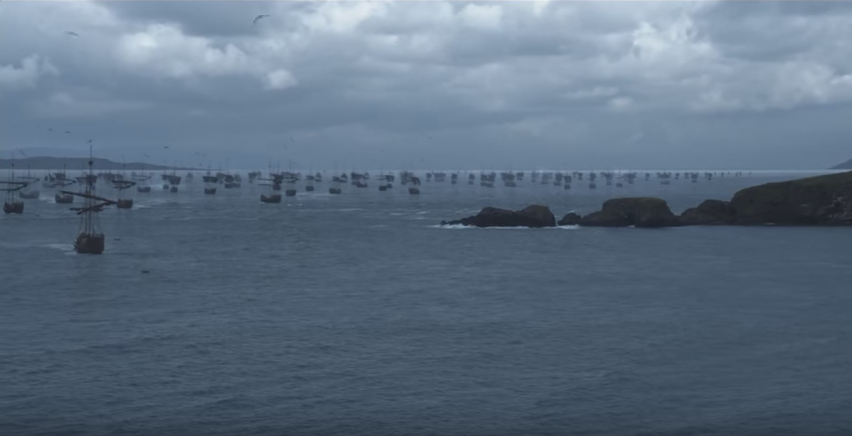 There is no way this small amount of men managed to get them running alone, or maybe by towing them.

What I think is the beach shot was only an overview of the men going to the boats (most likely for budget reasons too), and that quite some Yara loyal men were already on the fleet ; but he believes that the image only shows something like 3 boats of Yara's army along with others that are parked here for some reason or not part of the escape, like fish boats maybe.

A bit after in the season, we learn that

The two Greyjoy offers Daenerys a fleet of 100 boats

confirming that the image seems to represent them, but it doesn't answer the question of how they managed to run them all.

So how did only a handful of sailors man 100 ships?

A reasonable explanations that I can see...

The men were already on the ships. Only captains voted in the Kingsmoot

GRRM had this to say on the size of the Iron Fleet:

In brief, though... the Iron Islands can float a lot more than a hundred ships. Each of the major lords probably commands that any.

However, it is important to remember that the longships are smaller and simpler than the fleets that Joffrey and Stannis warred with on the Blackwater. The former are Viking longboats, more or less; for the latter, think Venetian/Byzantine dromonds of war.

Since it is a no-op for me that 10-15 people can't take a hundred of boats in a regular way, here is my explanation, which is far more logical than people who actually.. you know.. live on a boat on a daily basis. 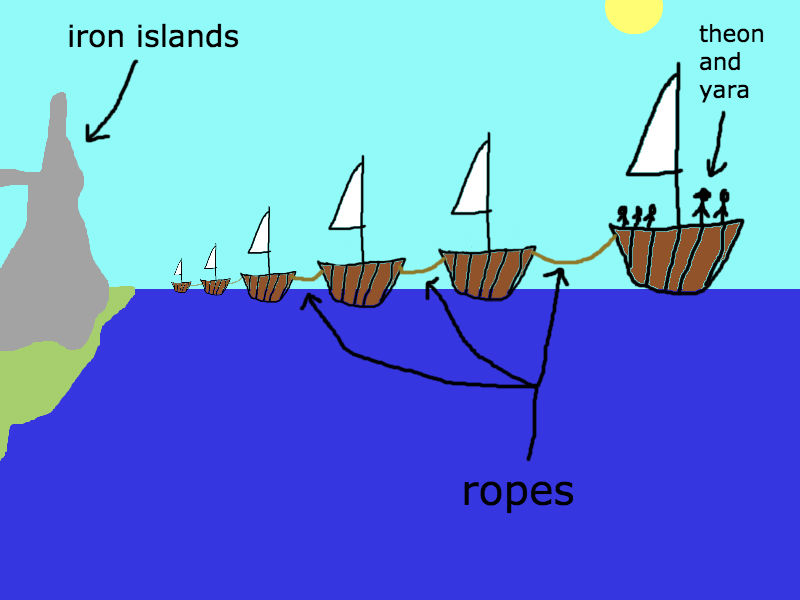 18
Is kin-slaying not sin on the Iron Islands?
8
How does this fleet reach their destination so quickly in S07E03?
36
Why does Cersei need to repay the Iron Bank right now?
7
The Iron Bank of Braavos and Dragonstone!
5
Why did Jon Snow refuse to escape with Daenerys when he had the chance
34
Why does Ramsay Snow engineer a sham escape?
9
Why did Jon and the Wildlings travel on the north side of the wall when they arrived back at Castle Black from Hardhome