What's the significance of Shireen's stag?

In Game of Thrones S6E9, Ser Davos went for a walk just before the battle and found a stag (assuming that will be the one he gifted to Shireen). So what is the significance of this scene and what does it actually say?

The significance is where he found it.

He found it at the charred remains of a pyre used to burn people at the stake. 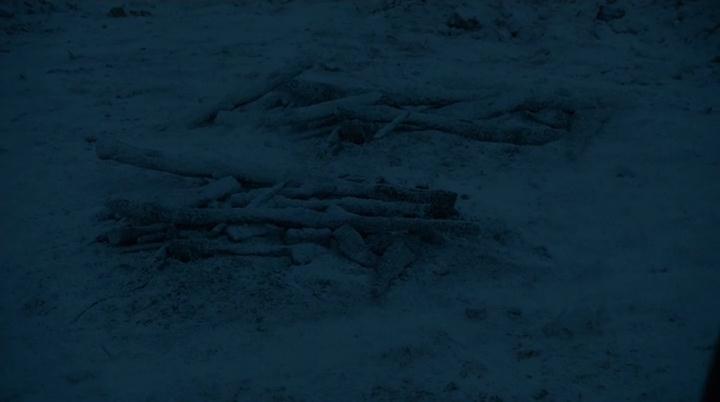 Which means he knows now that she was sacrificed to the Lord of Light, and surely that's a set up to some sort of a later confrontation between him and Melisandre.

There is no assuming the stag was Shireen's, since it was made by Davos himself and he recognizes it.The fact that Shireen's stag lay in the pyre revealed to Davos the events from the end of S5, when Shireen was burned alive.

Melisandre tells Ser Davos in S5 that Shireen is dead, but leaves out the fact that it was her idea to burn Shireen alive. When Davos discovers Shireen's grave at the Winterfell battleground, he surmises that if Shireen died before the battle (since she got a proper burial), Melisandre must have sacrificed her as a prebattle good luck charm.

Just before the battle, Stannis sends Davos back to the Wall to gather supplies. When Davos sees the grave, he realizes that Stannis had never really wanted the supplies, but only wanted to get rid of him so that he was free to sacrifice Shireen. Davos had an enormous amount of faith in Stannis, and Shireen's death represents a massive betrayal.

From a plot standpoint, as in how it advances the story, madmada's answer is correct.

From the standpoint of what does it mean symbolically, it is clearly a symbol of the downfall of House Baratheon.

By the time Davos finds it charred in the ashes of the fire, the main line of the family has been extinguished. Shireen was in fact the only legitimate offspring of her generation, as Renly never produced heirs, and all of Robert's children are "natural" as in illegitimate.

Thus for Davos, it is both a memory of the beloved child of his liege lord and an indication of his new, masterless status.

Melisandre must have sacrificed her as a pre-battle good luck charm.

More seriously, I've always wondered about the stag, not just as (obviously) the symbol of the House, but as a reference to the original Iphigenia myth. In one version, Artemis accepts a stag in place of her.

Not the answer you're looking for? Browse other questions tagged analysis game-of-thrones .

9
Why was Ser Ilyn Pane there to execute all women?
20
Are Stone Men suffering from greyscale?
16
Does Davos in season 6 know what happened to Shireen in season 5?
28
Why doesn't Shireen Baratheon have black hair?
13
Is this montage in Game of Thrones (S07E03) imaginary?
7
The Iron Bank of Braavos and Dragonstone!
5
Why did Tywin enter the court on a Stallion?
12
Every man has fought against the Starks
6
Who are these lords at the council of lords?