How did Starbuck come back?

Lt. Kara Thrace, a prominent character of the famous sci-fi series Battlestar Galactica, or more famously known as Starbuck was purportedly dead while fighting Cylon battle ships amidst a solar storm along with Lee Adama or Capt. Apollo and others. Starbuck was assumed dead for months until the beginning of season 4 where she re-appears aboard Galactica, all well and with a new (factory painted) battleship, believing she was gone for 6 hrs and claiming to have seen Earth.

I know that there may not be a "correct" answer to this question. If she was really dead then was the new Starbuck an astral projection of herself? (Even more so since she vanishes in the end?) What happened there that made her come back all well with a new ship? Or was there a possibility that she was a cylon herself?

How did she come back? What was she?

I don't remember there being a solid explanation for her new state/resurrection. An astral projection is one possibility, but I'd like to go even further to explain her pivoting role regarding the location of earth. It could be she was some sort of angel, sent out to guide the humans, as she disappears in the end when she has fulfilled her purpose. She is quite heavily involved in the faith/god storylines so I always assumed her resurrection to be faith related. Something brought her back in a grand scheme.

Her being a cyclon is a bit harder to believe as no real supporting evidence is given (but then again, there is no real explanation) and it would not really fit to here personality. It would also not explain how she vanishes in the end.

From both the TV series and tie-in "Final Five" Comic mini-series, we can deduce that Kara "Starbuck" Thrace is a kind of "angel" who is one counter part of two, the other, Pythia (Saul's Mother, Final Five Comic Reveal), whom together make up Aurora, Goddess of the Dawn. 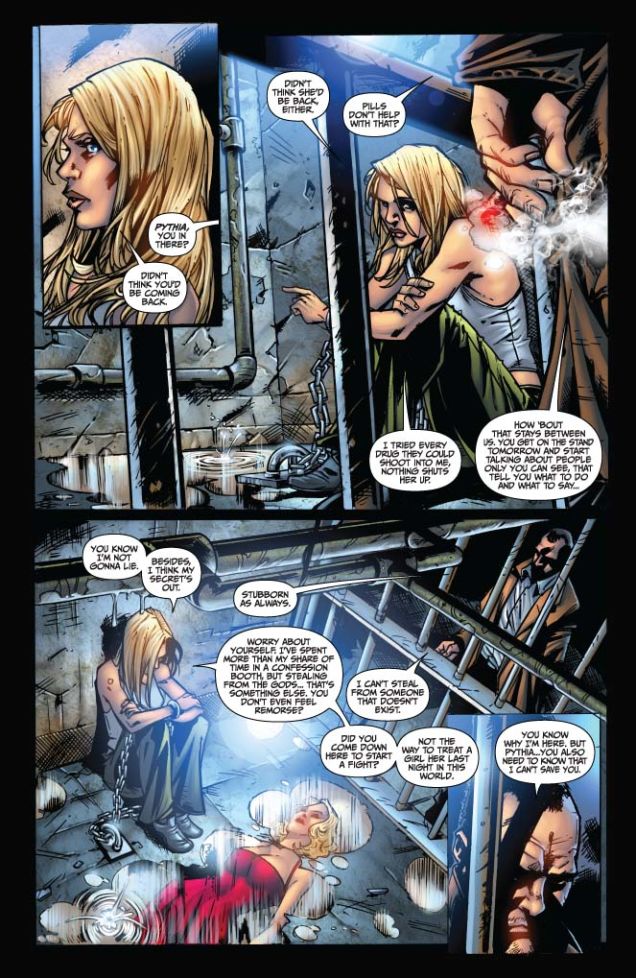 The series, like a lot of science fiction & fantasy, features a spectrum of characters with metaphysical properties to convey the sense that anything is possible and everyone has "a role to play". There are then different "types" of phenomenology to help play into the notion that there IS something BIGGER than the self at work, leading the characters to their fates. None have all the power, which then adds an air of mystery to the work. Battlestar [re-imaged] is basically a metaphysical Space Opera, so of course it leans heavy on "God" and notions about apotheosis. 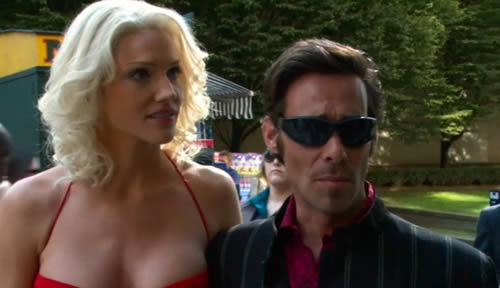 Head Six and Head Baltar are other kinds of angels, but more specifically seem like guides or "Messengers". It's unclear if they are solely astral projected, but Starbuck clearly is more corporeal upon returning from her disappearance, setting her a bit apart. 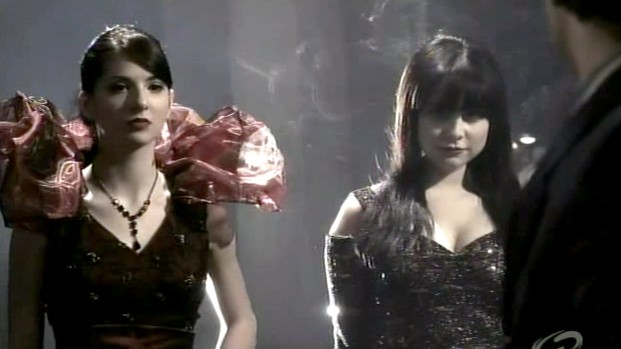 Lacy Rand: Trinity, that's what you are.

The Prequel TV Show, Caprica further fed into this by fixating on [technological] apotheosis. Zoe, for instance becomes essentially a holy trinity, as she manifest into a holographic spirit in V-World, The Robot Centurion/"Skin Job", and then Messenger Zoe also exists to help guide the original Zoe and the Holographic Zoe.

Eventually Zoe and Tamara Adama (Joseph Adama's Daughter also killed in the bomb blast) somehow can "cheat" death in V-World seemingly because their holographic counterparts are apart the originals' souls and therefor can not die within the holographic space.

They become "The Avenging Angels" in the New Caprica City V-World Game.

This additional information is important is because,

Note: Always thought it was curious that Zoe and Hera looked like they could be Caprica 6's and Baltar's children, more than either of the childrens' biological parents, especially when Baltar and Caprica are prophesied to play parental/guardian roles in the final deadly sequence that parallels the Opera House sequence.

Starbuck and her ship were resurrected, but the same resurrection satellite that resurrected the final 5 after their "Earth" was nuked by their own Cylon uprising. Her true remains, and crashed ship were found on the post nuked earth so it makes perfect sense. Why a human was resurrected? The 5 were indistinguishable from humans, so she got caught up in that construct. The whole "I'm done here" and disappearing while talking to Lee, I can't explain, but they were taking such a metaphysical/Religious slant at that point it was fitting.

13
What was Starbuck?
8
How did Conrad come back to life after the gunshot in "The Game"?
3
How did David come back to life for choosing dreams?
3
Why did the dead breakfast club come back as ghosts?
5
Why Did Starbuck Grab the Ejection Handle?
2
In Battlestar Galactica's The Woman King, where did the refugees come from?
4
How did Claudia come back from the dead in Dark?
0
What "come back" is Ezra referring to?