Why do we see this measuring at some parts of the movie?

In Stranger Than Fiction (2006), I encountered some measurings are shown, which are actually not related to the plot of the movie. What is the use of showing them? 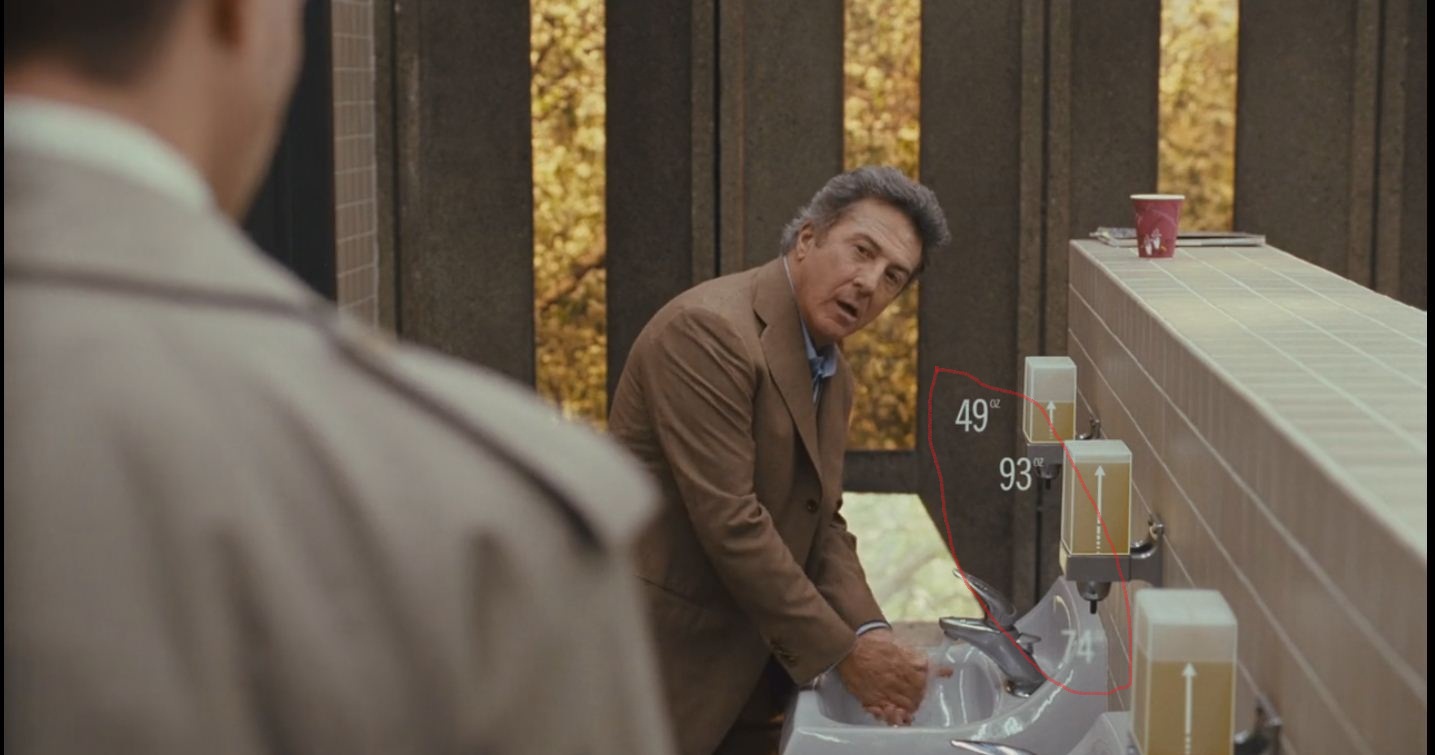 The "measuring" is showing the calculations around him.

He's depicted as being obsessed with counting and measuring stuff... He counts his toothbrush strokes, for example... which is why he's an IRS agent. The intro text from the book being written about his character is:

Harold Crick was a man of infinite numbers, endless calculations, and remarkably few words and his wristwatch said even less.

Similar measurements are seen in the opening of the film:

So, when he's in the lavatory with Jules, his brain is measuring how full the three soap dispensers are. The farthest one is a little under half full, so 49%, the middle one is 93% full and the closest one is 73% full.

The entire film is about Harold's head so anything you see on screen is something he's thinking about.

Not the answer you're looking for? Browse other questions tagged plot-explanation stranger-than-fiction .

4
Why did the man-next-door attempt to kill the family-next-door?
13
Why do the aliens see things as green or red?
5
Why did Yusuf hesitate to show Cobb his dream chamber?
13
What does the ending of Nocturnal Animals mean?
12
Does the story in Game of Thrones lose coherence if explicit sexual scenes are removed? Are they necessary?
12
Dr Brenner's intentions with Eleven
19
What is the purpose of Max's brother Billy in Stranger Things 2?
4
Why do we never see the faces of Cobb's children? And why don't they age?
16
Do we see some Unsullied doing this in S08E05?
7
Why did John Wick ignore guns in this scene?