How was this scene in Jurassic World shot?

In Jurassic World, how did they shoot the scene in which Claire's assistant:

dies by getting picked up by a flying Pteranodon, dropped in a giant water tank, picked up by the Pteranodon again, and then gets chomped by the huge Mosasaurus. 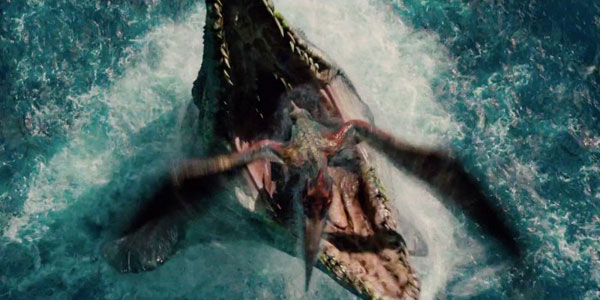 Even for well trained stunt-men, being pushed in and out of a pool three four times looks very hard and dangerous.

The director Colin Trevorrow said it was all real. Well, up to the dinosaur part, they haven't figured out how to get around the AHA rules.

The stunts for the kill scene were done by [Zara Young's actress Katie McGrath] herself. “She was game,” Trevorrow said. “That’s really her, that fall, her under the water, that’s really the actress. She completely committed to what I think is one of the all-time dinosaur deaths in a movie.”

The parts where she's being carried have more movie magic than the rest, for obvious reasons, but it's mostly practical effects.

It's shown in the Behind the Scenes interview with her on the Blu Ray special features. (GIF version here) 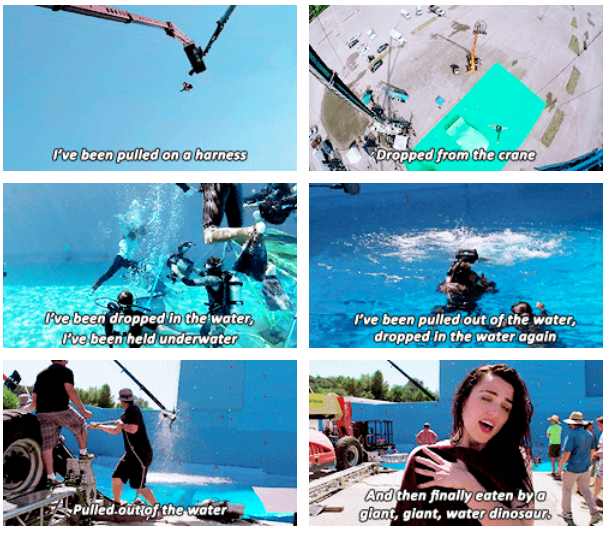 It's basically bungee jumping into a river. It's a little hard on the body, but quick, and fun. I'd do it in a heart beat if someone was paying me to.

It's not much different from how violently the woman in the intro to Jaws gets thrashed around really.

Not the answer you're looking for? Browse other questions tagged film-techniques stunts jurassic-world .