Why did Eobard Thawne react the way he did to Jay Garrick's helmet?

In the Season 1 finale, Eobard Thawne opens up a portal to return home, and Jay Garrick's helmet comes through. Eobard Thawne looks at it and says "That's my cue to leave."

We find out later that the helmet came from Earth 2. Thawne had no way of traveling to a parallel universe and Jay's doppelgänger on Earth 1 does not have the helmet. So why did Eobard Thawne react the way he did to Jay Garrick's helmet?

It's likely that Barry Allen encountered Jay Garrick and/or Zoom in the original, pre-Eobard, unaltered timeline, and Thawne learned about him as a historic figure who fought The Flash.

Essentially, time travel makes a mess of it. But it also answers it. As its said multiple times in Legends of Tomorrow, time wants to happen. Changes in time doesn't prevent things from happening, it delays or changes it slightly.

First, realize that even without the rip in space between Earth 1 and Earth 2, E2 Hunter Zoloman, Zoom, is still being a general psychopath. He still jumped between multiple universes. He says so, and we see he kidnapped E3 Jay. His insane drive to be the fastest in any Universe would have eventually lead him to E1, the center of this multiverse.

Eobard is from an original timeline where Barry became the flash in 2020 something. But he's from the future, and we know he has extensively studied Barry because of his obsession. In his studies, and his use of time travel, he would know about multiple of Barry's rogues. And he even tells Barry, in the Flashback episode, that there are other Speedsters, whom all have learned to avoid the time wraiths. He keeps track of the timeline using Gideon.

Combine these three facts. Zoom exists and jumps universes to be the fastest. Eobard original timeline lacks the rip in time. Time wants to happen.

Basically, in the original timeline, Zoom would have eventually jumped to Earth 1 and fought with the original 2024 Adult Barry, which 21xx Eobard would have learned about while attempting to become like Barry.

Zoom vs Flash would always have happened, just at a different point of time.

Since E2 is unaffected, as far as we know, by any E1 time shenanigans, everything that happened on E2 and E3 has happened as it should, so Zoom would have been around for an extra decade before E1 Barry originally becomes Flash.

Alternatively, it's possible that E3 Jay eventually got away and beat Zoom (or Zoom died of Velocity 6 related effects), and for some reason still adopts the helmet. He and Barry eventually meet up on E1, which Eobard would still learn about. 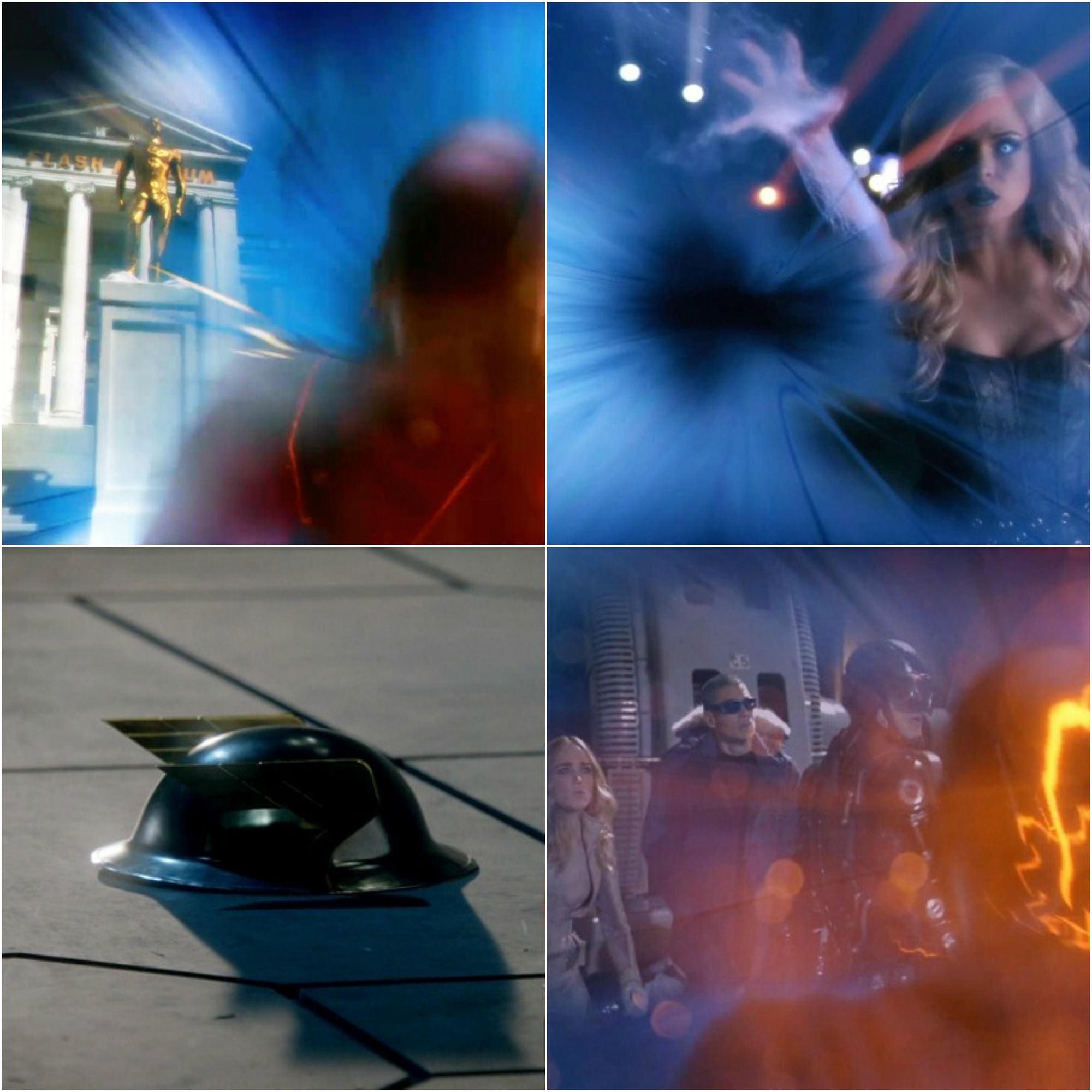 Thawne is the same Thawne. Always has been. Yes, he could have encountered in 2x11 by going in Earth 2's past. There Zoom wore a black jacket, the cage-mask and the helmet. He tried to steal his speed. It explains why Zoom's suit kind of matches Thawne's. But it's all black.

2
Why doesn't anyone find out the masked man's identity in The Flash
1
In the first season finale of the Flash, how did they know their plan would work the way it did?
6
How did Jesse run in an eight-like fashion without wearing the special speedster suit?
6
Why is Eobard Thawne in Legends of Tomorrow?
5
Why did they replace Ronnie Raymond as Firestorm?
2
What did Cisco figure out when he rewatches Reverse Flash trapped in the Force Field?
5
Explanation behind the reappearance of Eobard Thawne during Crisis on Earth X?
3
Why did Caitlin not fight Pyro the fire meta?
2
Why is Eobard Thawne not affected by the side effects of creating a flashpoint