I believe this started as a TV movie (circa 1980's) and segued into a short-lived series.

The protagonist was a retired gentleman who took up lost causes from people who could not afford outside help. The principal actor reminds me of Michael Caine but I've checked that BIO backwards and forwards and it is not him. If there was an original TV movie, the principal character was a retired machinist¹. I don't use the term 'gentleman' lightly; the principal character could be considered the embodiment of a modern-day 'knight of the round table'.

I've done my own research on this but I keep getting caught up on the fact that I remember the original title as the 'The Expeditor' (which is wrong). It may be something similar or I could be completely off-track.

¹ After some more research fueled by swstephe's answer, I believe my tiny little brain had mashed up the Equalizer series with a 1988 TV movie called The Child Saver starring Martin Balsam who played a retired machinist in a simlar role. Don't do drugs kids.

My guess is The Equalizer

The Equalizer is an American crime drama television series, originally airing on CBS from fall 1985 until late-spring 1989. It starred Edward Woodward as a retired espionage/intelligence officer with a mysterious past, who uses the skills from his former career to exact vigilante justice on behalf of innocent people who are hopelessly trapped in dangerous circumstances. The series combined elements of the spy film, private investigator/police procedural drama, and vigilante genres. 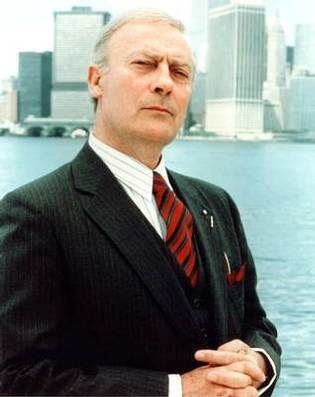