Why did The Mountain slaughter his horse?

In Game of Thrones s01e05 "The Wolf and the Lion", Ser Gregor Clegane (The Mountain) slaughtered his horse just after being defeated by Ser Loras in a jousting competition.

My question is why did The Mountain do that?

Little finger explains it right after it happens, with Sansa saying that Loras would never resort to cheating like that.

Littlefinger: "Loras knew his mare was in heat. Quite crafty, really."
Sansa Stark: "Ser Loras would never do that. There is no honor in tricks."
Littlefinger: "No honor, but quite a bit of gold."

Notice that the Mountain's horse:

His horse's behavior during the first match, and the second match.

Pictured, one horse trying to have a private moment with the other: 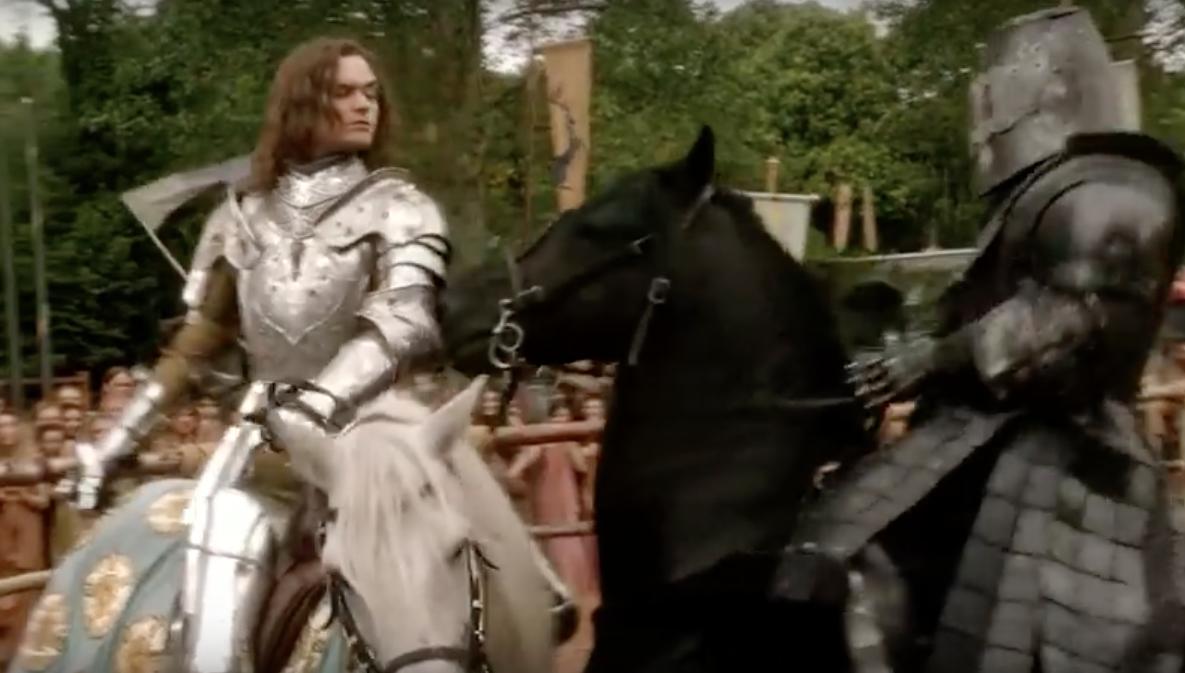 The second tilt of the day is between the fearsome Ser Gregor Clegane, the Mountain, and the popular 'Knight of the Flowers', Ser Loras Tyrell. Loras gives a beautiful flower to Sansa Stark, while Littlefinger and Lord Renly make a wager on who will win with Renly betting on Loras. Loras is riding a mare that is in-heat, which confuses the Mountain's horse, causing him to throw his rider. Enraged at having lost, Gregor first decapitates his horse and then attacks Ser Loras.
-Wikia