Did any stories of The Twilight Zone end with a happy ending and no twist or shocking ending?

The web series Longbox of the Damned reviewed the comic Twilight Zone #4, published by Gold Key. The final story involved a navy pilot who crashed into the water and is found by merfolk. After winning his freedom, the story ends with something I don't recall ever happening in the TV show: there is no twist ending or shocking reveal and he gets a happy ending. The pilot is found by a navy ship and is able to resume his service, just like he wanted.

Did the TV show ever have this situation where there was both a happy ending and a lack of a twist ending or shocking reveal?

If this is more common than I realize, just an example of two is fine. I don't intend for this to be a list question.

Plenty. The Twilight Zone was not all doom and gloom and morbid tales. It's not Tales from the Crypt or The Outer Limits after all.

One straight off the top of my head is "Two". "Two" is a straight forward post apocalyptic opposites attract love story. No plot twist or secret reveal at the end. It ends with the only two characters, soldiers on opposite sides of a war that has destroyed the city and civilization alike, seemingly falling in love. They walk off together into the su set, having cast off their uniforms for a tux and gown, symbolizing a new romance. 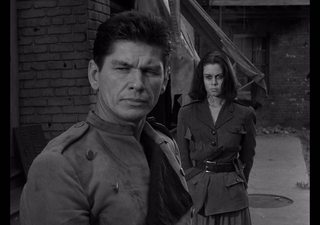 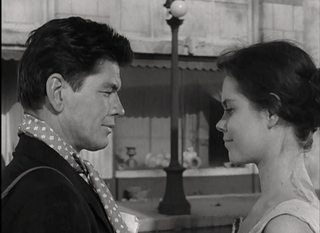 "This has been ... a love story, about two lonely people who found each other ... in the Twilight Zone."

No plot twist, no bad ending.

"One for the Angels" has the main character tricking Death, but ends up sacrificing himself to distract Death from taking a kids life by performing a dazzling sales pitch. The main character dies (of natural causes), but it's quite a touching happy tale. No plot twist. 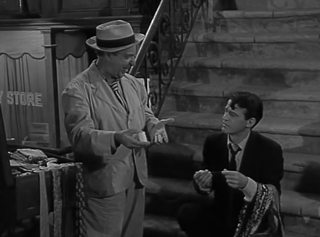 "Louis J. Bookman, age sixtyish. Occupation: pitchman. Formerly a fixture of the summer, formerly a rather minor component to a hot July. But, throughout his life, a man beloved by the children, and therefore, a most important man. Couldn't happen, you say? Probably not in most places – but it did happen in the Twilight Zone."

"A Penny for Your Thoughts", The one with the banker who lands a coin on edge and can hear people's thoughts, who ends up fixing issues at work and his love life. Ends with him no longer able to hear thoughts but happier with life.


"One time in a million, a coin will land on its edge, but all it takes to knock it over is a vagrant breeze, a vibration, or a slight blow. Hector B. Poole, a human coin, on edge for a brief time - in the Twilight Zone."

Another, "The Mighty Casey" revolved around an scientist who creates a robot or artificial human, as the best pitcher in the world, and a minor league baseball team coach. The story progresses that robots are not human according to MLB rules, the umpire saying that humans have heart. The doctor gives him a heart, and the android no longer does well at baseball. It wasn't done as a surprise twist. It ends with the Android going off to be a social worker as he now has the heart for it, the coach moving to another team that does wonders for his career because he convinces the scientist to create more of these super human pitchers. Happy ending all around. 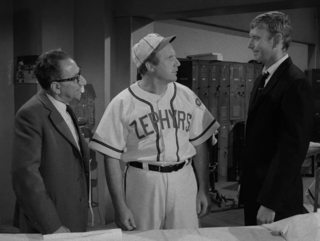 "Once upon a time, there was a major league baseball team called the Hoboken Zephyrs, who, during the last year of their existence, wound up in last place and shortly thererafter wound up in oblivion. There's a rumor, unsubstantiated, of course, that a manager named McGarry took them to the West Coast and wound up with several pennants and a couple of world championships. This team had a pitching staff that made history. Of course, none of them smiled very much, but it happens to be a fact that they pitched like nothing human. And if you're interested as to where these gentlemen came from, you might check under 'B' for Baseball - in The Twilight Zone."

Finally, The sequel to "It's a Good Life", "It's Still a Good Life" counts as well, considering we know they have powers from the start, and it ends with daddy monster and daughter monster bring back the world. The movie version too, as the kid and the woman go to the real world together happily.


"No lesson to be learned here. No morals to be taught. Just an update from Peaksville, Ohio, where Anthony and Audrey Fremont want you to think happy thoughts, and you better do as you're told. Otherwise, you might wind up in that cornfield known as The Twilight Zone."

Not the answer you're looking for? Browse other questions tagged the-twilight-zone .