Who played the locksmith in the first Men in Black film? [closed]

In the first Men in Black film, there is a scene where agents K and J go to visit Frank the Pug to ask about the galaxy. As their car pulls up, J says "now that's the worst disguise ever" referring to a man in a locksmith booth selling keys. Frank the Pug replies, "if you don't like it, you can kiss my furry little butt."

Who was the man in the booth? He doesn't have any spoken lines, and he doesn't seem to appear in the credits anywhere. Google doesn't turn up anything obvious. There's only this Q&A post that comes up dry.

Commenters in various forums say the locksmith looks like Riff Raff from the the Rocky Horror Picture Show. But it doesn't quite seem like it's Richard O'Brian, and he isn't credited.

I ask because I can't shake the feeling that he's a famous singer or actor, but I can't place him. In the film there were many famous people who appeared as cameos but didn't get a credit. For instance, Sylvester Stallone, Newt Gingrich, Danny DeVito, George Lucas, Dionne Warwick, Al Roker, and a bunch of others. So this probably wasn't some two-bit random extra.

Any ideas who played the locksmith and if this was indeed a cameo by some famous actor/celebrity?

(I suppose I'll add that most of the cameos were of supposed "aliens" on earth. On the other hand, this fellow was not an alien, and it was a bit of a joke in the film that J arrives on the scene and believes the man to be an alien. It would be something of an in-joke if he weren't famous (where the aliens were all famous -- except the school teacher).)

I think the character in question 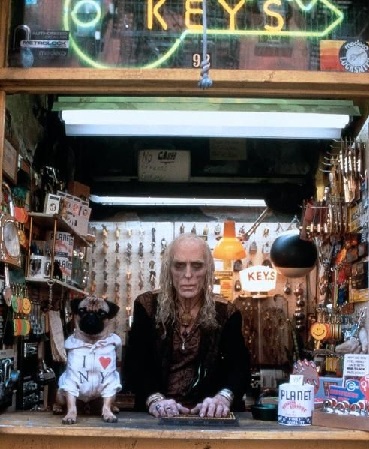 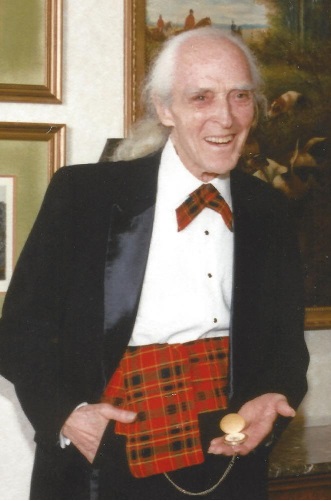 I came to this conclusion when I read his obituary (Munro died in 2014) and saw a photo of the character from Men in Black here (on the third page), uploaded by his daughter, with the text

Rick Baker and David LeRoy Anderson won the Oscar so I assume the text is there just as information for arguably one of the biggest film's Munro was in and not implying he won the Oscar and this was just a generic photo from the film.

It would also be very strange for a daughter to post a picture from a random film onto their father's obituary, therefore leading me to believe that this is a photo of their father from the film.

I also think Munro looks quite a bit like the character if you ignore the make-up and passage of time, especially with his hair pattern.

As he is an uncredited extra and also has sadly passed away this is the best I can do evidence wise.

In case the links to the funeral home break:

Not the answer you're looking for? Browse other questions tagged identify-this-actor men-in-black .

29
What was the purpose of the test in the room with uncomfortable chairs in Men in Black?
5
Are the Men In Black movies an example of spiritual growth?
11
Who plays K's wife in the first Men in Black?
3
How did Newton survive after what happened to him in Men in Black 1?