How can Professor X walk and use his powers?

After the bullet accident in X Men First Class, Charles Xavier (Prof. X) was only able to walk if he injected the serum that Beast created: 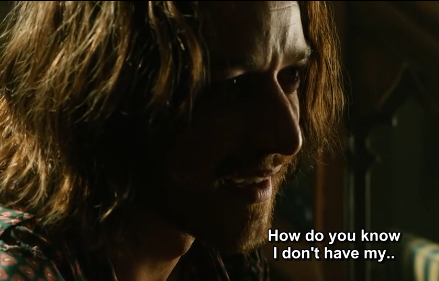 (Days of Future Past)

This serum blocks his mind powers, but we can see there are at least 2 occasions where he can both walk and use his powers: 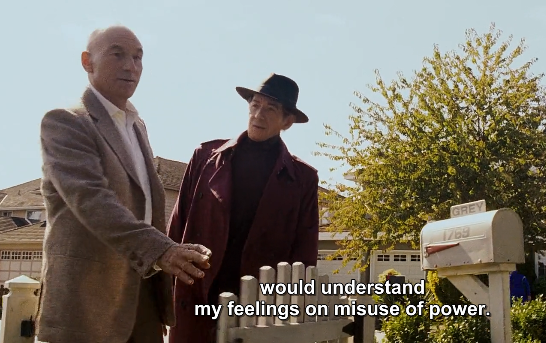 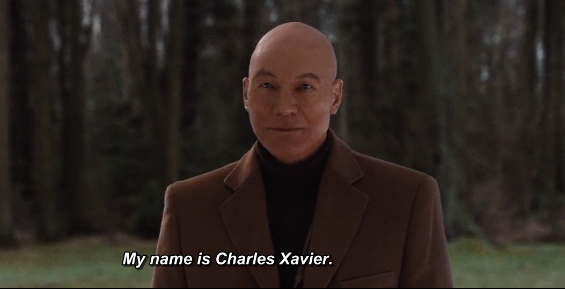 Was there a new serum developed that I am not aware of or is there another explanation?

Ignoring that these are plot holes born from decades of films, there is two possible explanations.

As we know in DOFP, Xavier is going through a emotional and mental crisis, that dictates his actions in shunning his mutant powers. Without a meddling time traveler, he would have continued to have this issues, and things like pretending to walk via mental projections would be one possibility. Or the continued use of the serum another. Until he eventually resolves them internally. Xavier is just like any person, he has to deal with issues over time, and matures emotionally or changes his world point of view. By X1, he no longer feels the need to hide his disability that's connected to his mutant powers.

Same reason he doesn't wear a wig by that time. He's bald because of his powers.

Keep in mind that Hank has made his serum just enough to keep only the physical part of his Blue mutation away, and can hulk out if needed. Add a few years of tweaking, it's plausible that he was able to give Xavier a serum that allowed some telepathy without affecting his legs. The serum could be temporarily used as needed. Maybe Xavier spent most of the time in the wheelchair unless he needed to go out to meet new mutants.

This would also explain why Hank, having furred out in First Class, looked human in X2. He continued to use the serum as needed even into the 2000s, until X3, where he no longer uses it.

In DOFP, Xavier does exactly this. He projects and image of himself, standing, into Mystique mind at the end. We see the image fade in and then fade out. At this point in the film, Charles has stopped taking the serum and was in a wheel chair again. Explicit example of image projection.

The answer is, neither of those latter two things ever happened, thanks to Days of Future Past removing those two movies from the continuity.

One of the major plot elements in Days of Future Past is that Wolverine changed the timeline, thus altering everything that happened from 1973 forward. The produces of the X-Men series have openly admitted this, both in-universe and out-of-universe.

Specifically, Days of Future Past completely nullified the events of X-Men Origins: Wolverine and X-Men 3: The Last Stand. Anything you saw happen in those two movies, you can pretend did not happen.

The two scenes you cited are, in fact, two of the scenes we know for a fact cannot possibly have happened.

We know from X-Men: Apocalypse that Jean came to Xavier's school as a much younger woman, seemingly of her own accord, and that Magneto was nowhere to be found when that happened. There also does not appear to be any "block" on her psychic power. So, there's no way that Xavier and Magneto went to her house together to meet her as seen in X-Men 3.

We also saw Stryker's facility where Wolverine was being kept, and there's no indication that he was holding any children hostage. Xavier's school was already well established by the time Wolverine escaped from Stryker, and the entire ending scene (breaking the children out, fighting fake-Deadpool, etc) just never happened.

Not the answer you're looking for? Browse other questions tagged plot-explanation character x-men-cinematic-universe continuity .

32
What happened to Charles Xavier after X-Men 3?
25
Why is the Professor still in a wheel chair?
9
Is X-Men First Class based earlier in time than X-Men Origins:Wolverine?

15
Has the continuity timeline been established for the new X-men movies?
20
How does Professor X actually get paralysed?
6
Why did Xavier not contact the US and Russian military telepathically?
15
Why does Professor X touch his head when using his abilties?
30
Why was Xavier losing control of his powers?
8
How come Jason can stay safe when Professor X attacked mutants in X2?
7
If Professor X has telekinetic powers why is he a paraplegic?
23
Why doesn't Professor X use one of Magneto's henchmen to take off his helmet and then control Magneto?
12
Why could only Logan take Laura to Eden?