Why did the South Park movie make fun of Mahatma Gandhi?

While Kenny is travelling to hell in South Park: Bigger, Longer & Uncut, he is welcomed by personalities including Gandhi.

Why did South Park make fun of Mahatma Gandhi by showing him in hell? 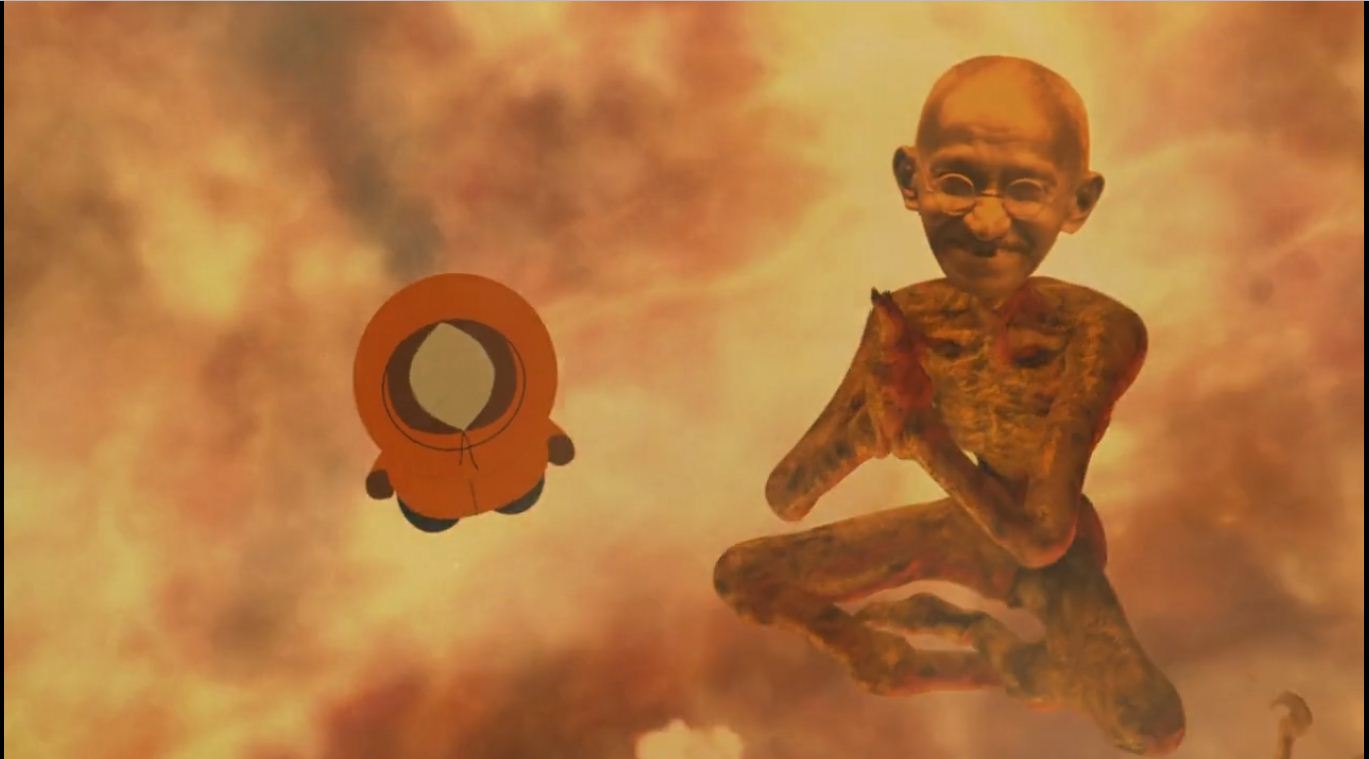 South Park is a comedy animated show and they throw satire on everything they can. Here is a list of subjects they made fun about.

For this matter, many religions and sects believe that only with their religions people will go to heaven etc. Many Christian believers also thinks this way. South Park just made fun of it.

In the South Park Universe, only Mormons are sent to Heaven after their death, so basically everyone in history who wasn't a Mormon during their lives is currently living in Hell; including Hitler, Gandhi, JFK, Jeffrey Dahmer, Gene Siskel, and many many more. - southpark.wikia.com.

There was no much deep thoughts about Gandhi specifically and South Park is just being South Park.

It's also clear from one of the episode too:

Not the answer you're looking for? Browse other questions tagged south-park .

16
South Park and references to Muhammad
9
Why is the choir in South Park episode 301 called "Getting Gay With Kids"?
2
What kind of animation/drawing program do they use to make South Park?
2
Why are the Latest Episodes of South Park not in 3D animation?
9
Member Berries in South Park
4
How did South Park achieve to match the outcome of the 2016 presidential election?
4
Travel between South Park and Canada
13
What's the source of Mark Zuckerberg's lines in South Park S21E04 ("Franchise Prequel")
7
In South Park S7E6 "Li'l Crime Stoppers", why does Cartman stick up for Kyle?