Do you think that the rear projection effect used in the movie The Hateful Eight during the ride to Red Rock was used just due to economical reasons or was meant as some sort of a stylistic effect?

The question was "do you think...", so that's how I will address it.

It was a practical choice, not stylistic. For reference, here is a screenshot of when it's at its worst:

This part of the film features (by my count) 4 different angles, including the one shown here. Two of the four include clear shots of the moving background. Given that we also know Tarantino used Ultra Panavision 70 lenses to shoot the scenes, I feel confident saying that these shots are done on a soundstage not in a real stagecoach. Here is a shot showing the crew standing outside the coach with the camera for a still shot. 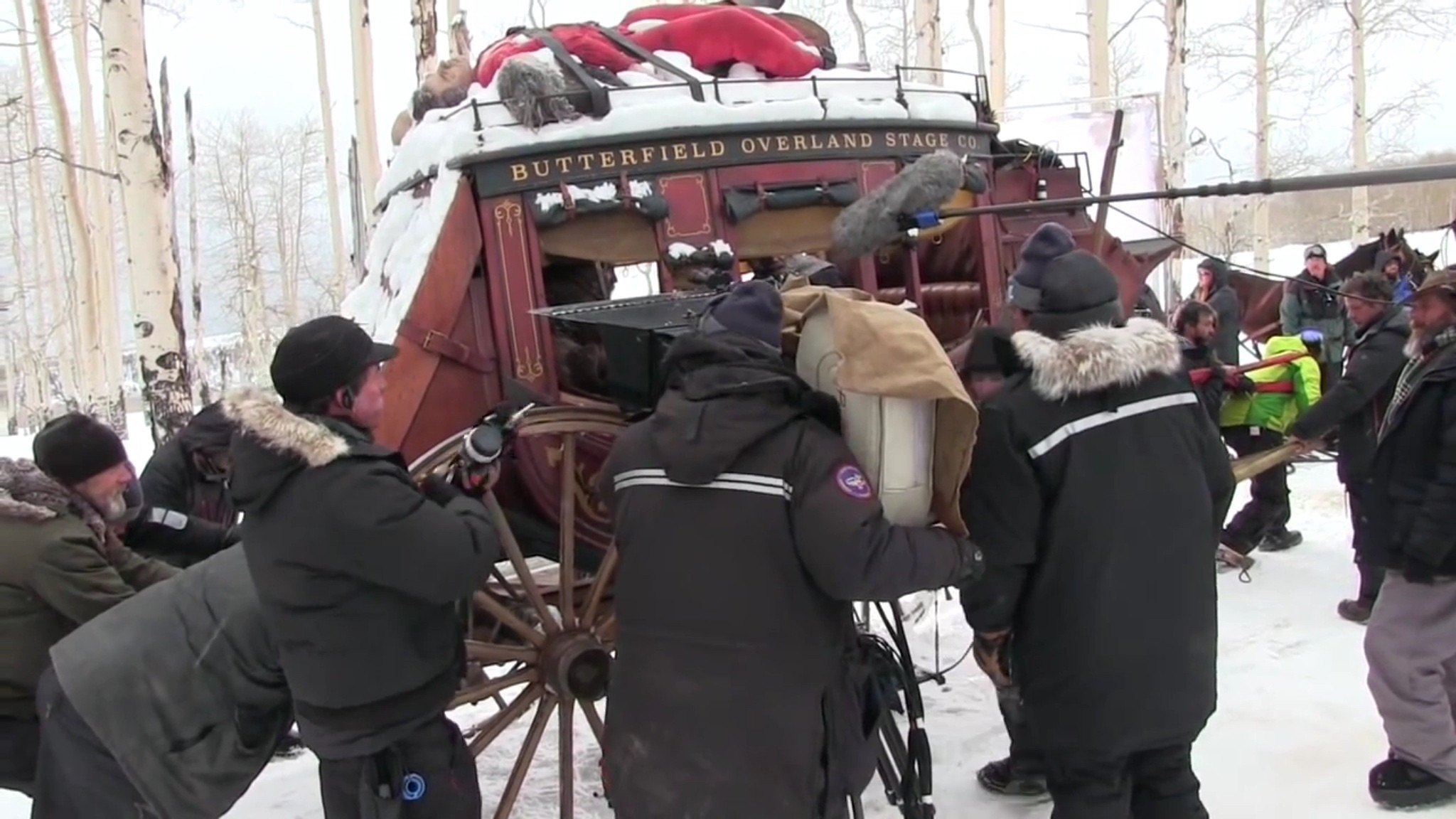 The space required to affix the camera for the internal shots, frankly doesn't seem to be there.

For clarity on my post, can I offer it was both practical and stylistic? In this case Tarantino likely couldn't film with a moving stagecoach on location, but he does use rear projection stylistically as well, so he chose that style as a result of the limitation.