It's Memorial Day Weekend in the US, so I was watching one of my favorite Memorial Day movies; Hamburger Hill (1987). This movie is based on events surrounding the taking of Hill 937 in Vietnam. The movie accurately mentions the dates and locations of this battle. At the end, this disclaimer is shown: 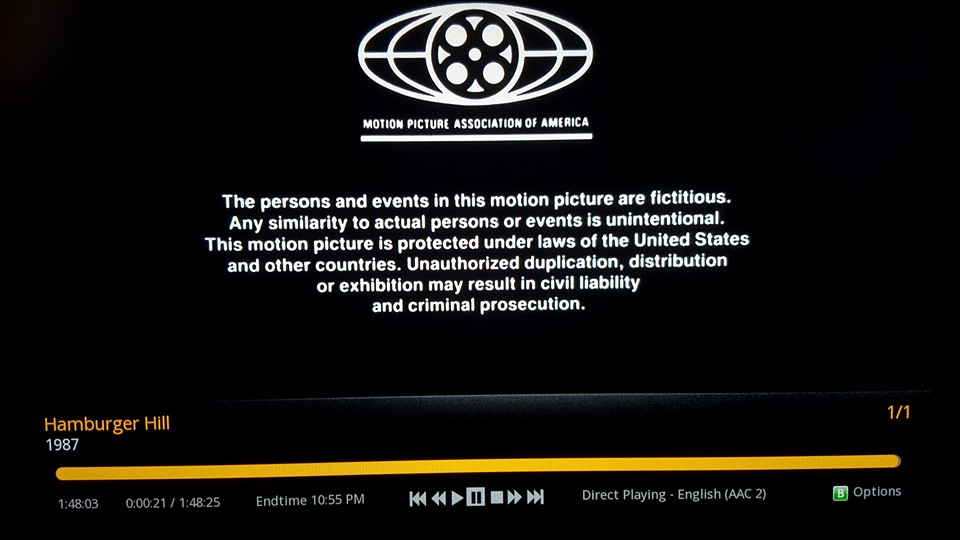 Why would this disclaimer be displayed at the end of a film like Hamburger Hill?

It's not a non-fiction film. From the IMDb page:

A very realistic interpretation of one of the bloodiest battles of the Vietnam War.

It is a fictionalization of the actual events.

Nearly all - if not all - narrative films carry this disclaimer, even if the people depicted in the film are real people... the reality is, some stuff will be fictionalized for story purposes... some of the characters will be made up either entirely or possibly combined from several actual people. Some names may be changed if the real people (or their families should they be deceased) refuse to give permission to the production company to use their name.

If it were a documentary, that would be different... but this is still a "based on real events" movie... it may as well all be fake because there's no way to know what actually happened and what did not.

Not the answer you're looking for? Browse other questions tagged credits legal .

2
Are there any rules regarding the usage of a medical condition in movies?
100
Why do movies still have credits?
9
Why is it Okay for movies / TV shows, to show that their story is based on real events when it is actually not?
12
Why do movies/TV have post credits scene?
6
Non-credit in Julie and Julia
1
Why MPAA warning also present in 80s movies?
5
Why did the end credits in movies become a lot longer in the past decades?
50
Why is there a disclaimer about not accepting money from tobacco companies at the end of movies?
10
Is the guy who types up the credits in movies in the credits?