The significance of Simpsons's joke about Bowzer

In the episode 6 of the Season 10, Abraham Simpson and family went to Woodstock Festival. While Hendrix is playing the US national anthem Abe show a message about someone named Bowzer. 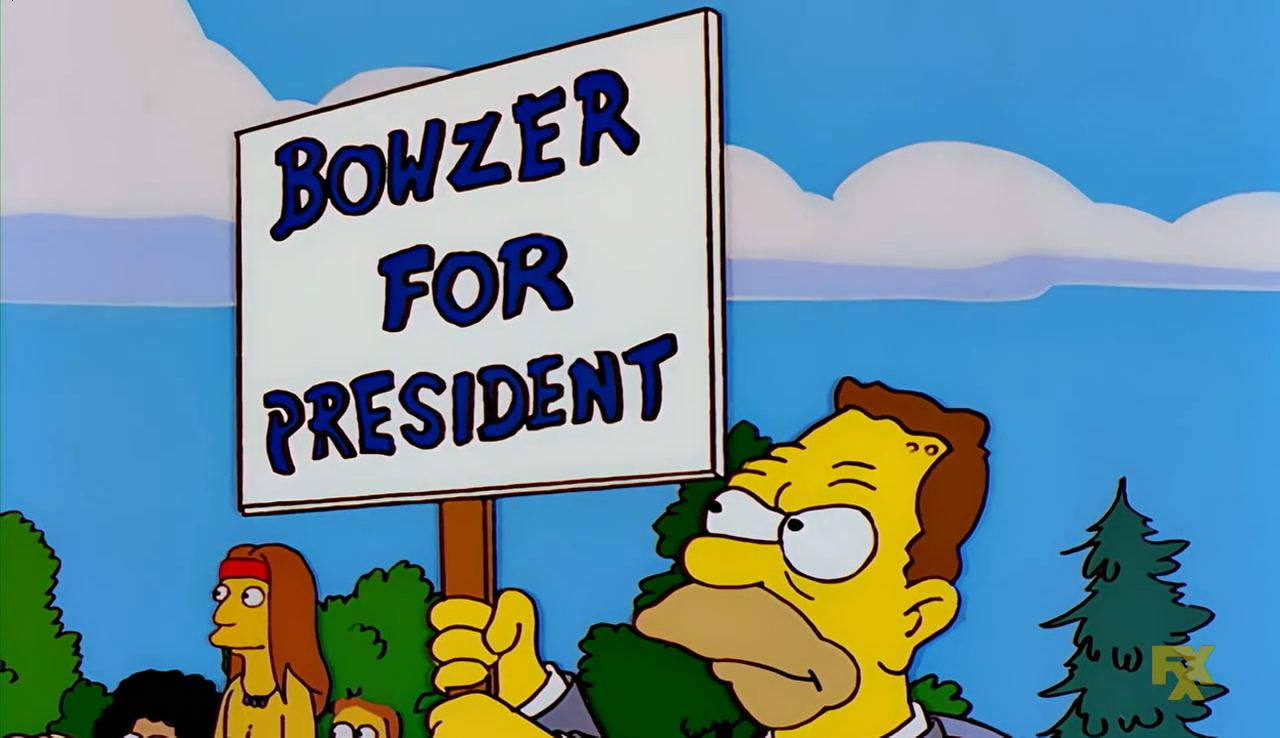 Sha na na was a "faux retro" group that sang doo wop songs from the 50's (which is why Abe liked them). Bowzer was a popular member of the group (the joke in the show was a goof, however, because Bowzer didn't join the group until after their Woodstock performance in 1969).

Bowzer is a nickname for Jon Bauman, a member of the band "Sha Na Na", who appeared at Woodstock.

Conceived by George Leonard, then a graduate student in humanities, Sha Na Na began performing in 1969 at the height of the hippie counterculture, and achieved national fame after playing at the Woodstock Festival, where they preceded Jimi Hendrix. Their 90-second appearance in the Woodstock film brought the group national attention and helped spark a 1950s nostalgia craze that inspired similar groups in North America, as well as the Broadway musical Grease, the feature film American Graffiti and the TV show Happy Days.

Amusingly, Bauman wasn't actually a member of the band when they performed at Woodstock.

Not the answer you're looking for? Browse other questions tagged plot-explanation the-simpsons .

7
Why isn't Dr Bishop consulted about the disc in “The Ghost Network”?
4
Why does Jesse act this way in the Final Season?
9
What's with Garrett glaring at the study group, and then Leonard staring at Garrett?
25
How Did Obara Sand manage this?
2
What is the cultural context to “Cal Turk” (White version of Turk) joke in Scrubs?
6
“That's a lot of potatoes” joke in Seinfeld
3
How did Rogers happen upon Abe after he killed the courier?
3
What is the significance of this line from The Expanse?