Why do film about the Holocaust tend to focus on the mystery of goodness rather than the horror of mass murder? [closed]

Why do film about the Holocaust tend to focus on the mystery of goodness rather than the horror of mass murder? For example: Schindler's List, The Pianist, Europa Europa, etc...

These movies are just like movies, they are telling a story. If a film would focus on the horror of the mass murder, it would just be a documentary, and there are plenty of those, which are really exhaustive. In almost every movies, there is a hero that you can like, or an anti-hero that you can learn to like, or at least an opposition between two camps. In a movie about the holocaust, you would just see how they were killing people, from the point of view of a narrator or maybe some German soldier.

If you want to see a movie like what I described, I advise you to see Night and fog (Nacht und Nebel in German or Nuit et Brouillard in French, because it's French), which was released in 1955.

Wikipedia link to Night and Fog 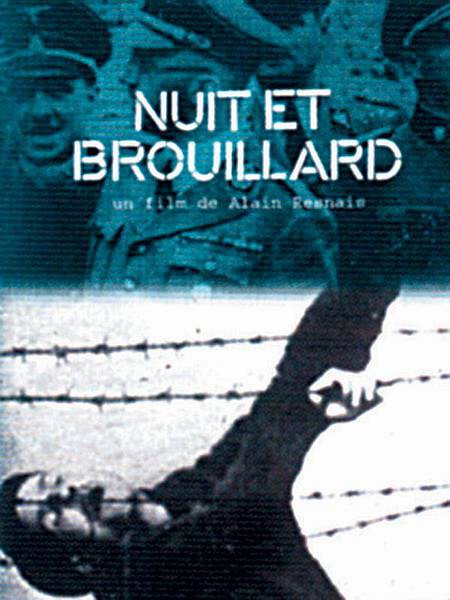 Or if you want original footage, you can find plenty of videos in the internet.

lmao I'm in HIS75 too. I think it's because the filmmaker may feel it his duty to give the audience a positive message (humanity is capable of the highest good and the worst evil) instead of just showing depressing reality for 2 hours. Europa Europa, The Pianist, and Schindler's List are all based on true stories though so it's not like the director has to fabricate a scenario. These stories happened to real people. Real people did terrible things and horrible things. The filmmakers are just telling the story like it is.

15
Is Lt. Hicox correct in his comparison of Joseph Goebbels with David O. Selznick?
23
Why are movies so different from the original books?
6
Do different major Hollywood studios have distinctive styles or signature elements in their filmmaking?
24
How does Hallmark guarantee such consistency between their Christmas movies?
13
Why are some scenes of a movie shot in public places?