Why does Fitz get the bends and Simmons doesn't?

I've been re-watching Agents of S.H.I.E.L.D. and just got to the end of the first series and I've been wondering:

Why does Fitz get the bends and Simmons doesn't when they escape from the pod at the bottom of the sea?

TL:DR they both are affected by the Bends

At the end of episode 21 ("Ragtag"), around the 35 minute mark, Simmons and Fitz get dropped into the ocean inside the container. Our view of Fitz and Simmons resumes in episode 22 ("Beginning Of The End"), around the 5min15sec mark, where both appear to be ok, with normal environmental air. According to Fitz,

These pods are built to be compatible with all S.H.I.E.L.D. aircraft, submarine, spacecraft. On impact the atmospheric adaptation must have tried to compensate. We slowly sank as it increased the density of the outer walls.

So the container allowed the pressure to remain constant inside, regardless of the external pressure experienced at 90 feet below sea level.

According to Wikipedia, not everyone experiences the same effects of the bends (aka, decompression sickness) 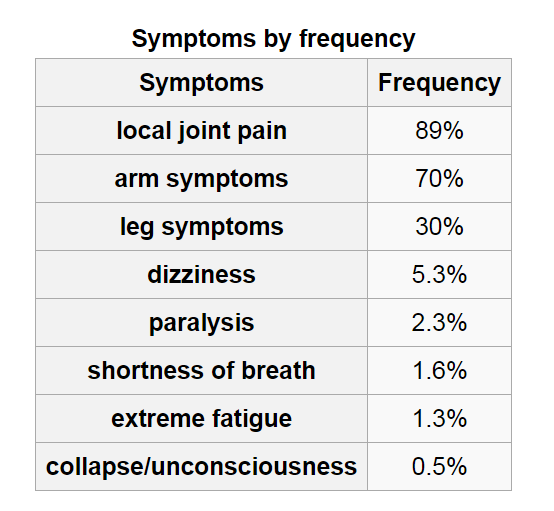 Shortly after, Simmons is seen in a decompression chamber. We can assume Fitz is also in a similar chamber, but with the added downside of having been without oxygen. So we can assume that Fitz is unconscious due to the lack of oxygen, or was unfortunate enough to suffer that as a downside of decompression. With the oxygen mask, Simmons had enough air to breath (so she wasn't mal-oxygenated(?) ), and didn't suffer unconsciousness, as everyone is affected differently.

25
Why does Banner finally allow the Hulk to come out?
5
Why was there no extraction plan in S01E07, "The Hub"?
4
Why can Bobbi and Hunter no longer work for S.H.I.E.L.D.?
4
Agents Of S.H.I.E.L.D Season 5 - does it spoil Avengers: Infinity War?
28
Can Infinity Stones be retrieved more than once?
10
How was Thor allowed to bring Loki and the Tesseract back to Asgard in the first Avengers movie?
2
Why did Mack say "last five years"?
3
Why was Grant Ward's crime not detected when he joined SHIELD Academy?