Where does Sara's meeting in LoT S01E16 fall in Arrow timeline?

In Legend of Tomorrow S01E16, Sara goes to the Arrowcave and meets her dad and got the information about the death of her sister and after some chit-chat she leaves.

But chronologically when does this specific scene occur corresponding to Arrow?

It all happened during the Arrow episode viz. S04E22 (which aired the previous night on television).

Felicity was at the Arrowcave and then Quentin Lance came there. They were tracing Thea's location; they got it and Oliver and Diggle went to search for the place. Meanwhile, Felicity received a phone call from Curtis and left the place. Then Lance said:

Alright, I'll cover comms. If I hear anything I'll patch you in.

Then he sat down at the console. Sara arrived shortly after that moment to find him alone in the bunker and sitting in the same place.

Notice the shirt that Quentin Lance wore in the two concerned episodes:

Snapshot from Legends of Tomorrow S01E16: 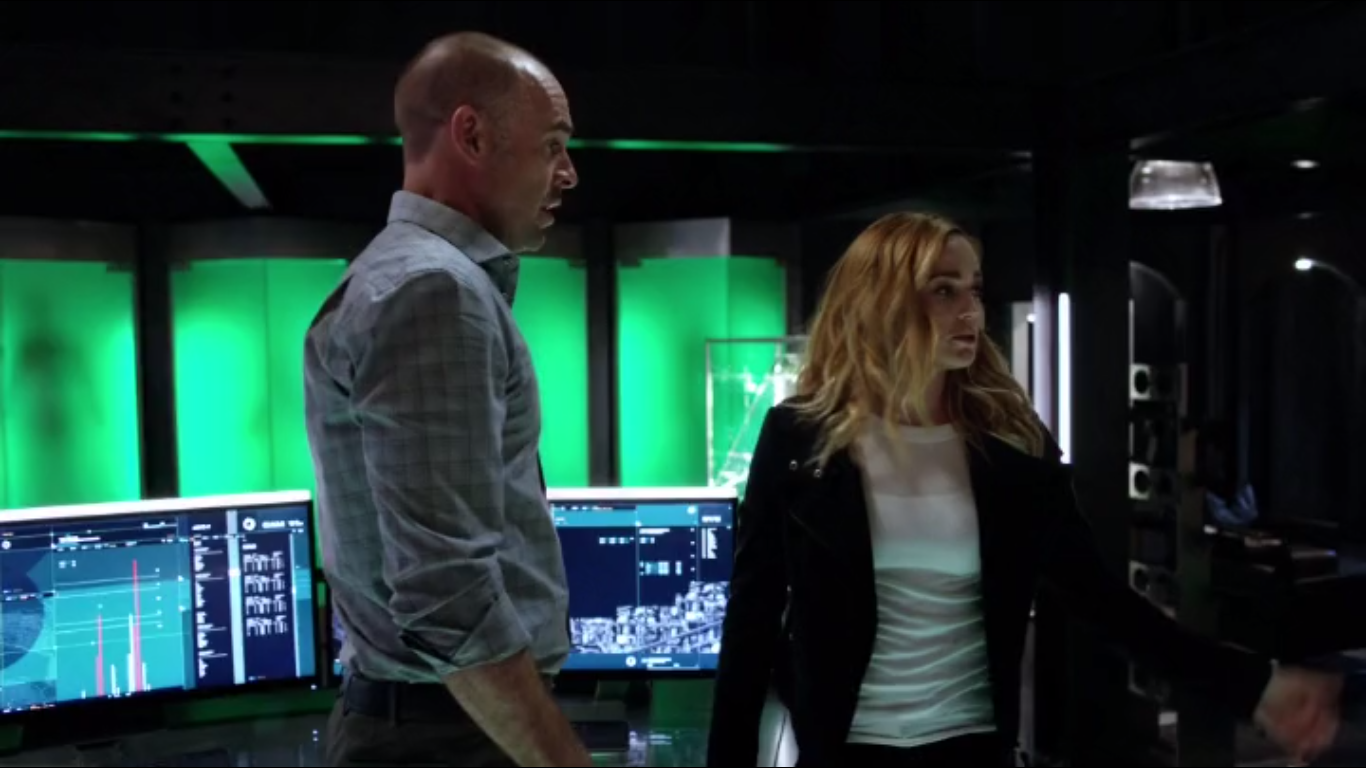 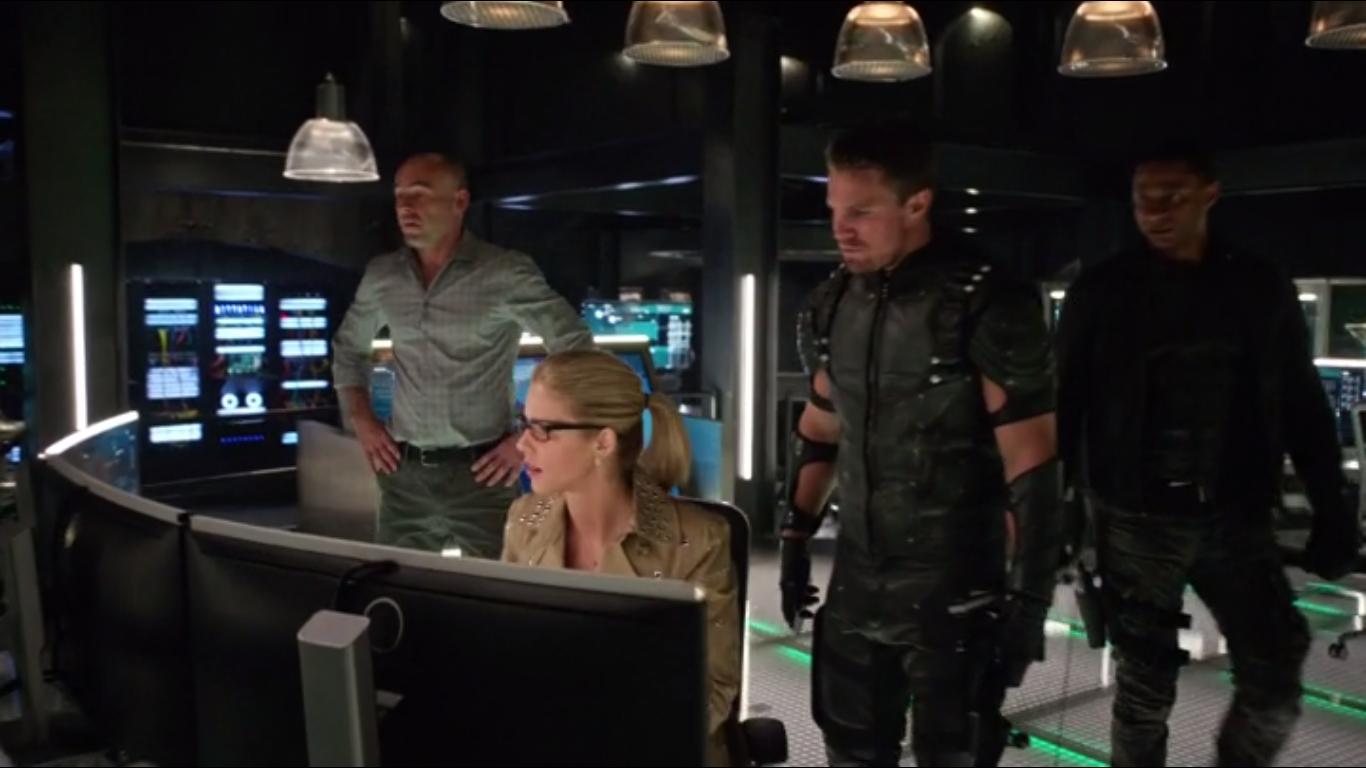 Special thanks to Ankit Sharma for marking the errors in v1 of the answer and providing the snapshots one and two.

Not the answer you're looking for? Browse other questions tagged arrowverse chronology arrow legends-of-tomorrow .

11
Where does Agents of S.H.I.E.L.D. fall in the Marvel Cinematic Universe timeline?
6
Query about business discussion in “City of Angels” episode of Arrow
9
Where does The wolverine end credit scene fall?
17
Why does Arrow have so much Microsoft product placement?
6
Age difference between Barry Allen and Eobard Thwane
21
Where does Deadpool fall in the X-Men timeline?
3
What is the chronology of Largo Winch (2008)?
3
Where does Vixen S02E01 fall in Arrowverse timeline?
0
What does Anatoly say to Oliver in Russian in Arrow S5E16?
2
Black Siren hair style change in Arrow Season 6 Episode 10