How Supergirl managed to get her ear pierced?

Supergirl is effectively invulnerable (her cousin is known to have to use his heat vision to shave; presumably she does too for legs etc). But her ears are pierced in the TV show.

This image shows that they were not pierced before she left Krypton, and since Kryptonite isn't well known on Earth (it's a surprise to Kara and various others), it's unlikely it was used to weaken her to the point she could pierce her ears.

Was it explained anywhere in the show exactly how this was done?

character arrowverse supergirl
Share
Improve this question
edited May 22, 2017 at 10:15

Per my answer on SFF:SE to the same question;

According to the show's producer Ali Adler (via twitter), Kara got her ears pierced on Krypton. This clearly fails to explain why she doesn't appear to have pierced ears in the escape pod (!!!) but I guess that's as good an explanation as any.

#supergirl #eastcoastfeed @supergirlcbs for all of you wondering, Kara got her ears pierced on Krypton— Ali Adler (@AliAdler) November 10, 2015

My initial thought was that whilst Kryptonians are generally unable to be pierced by normal means, they can pierce themselves (at least as seen in the various comic series). 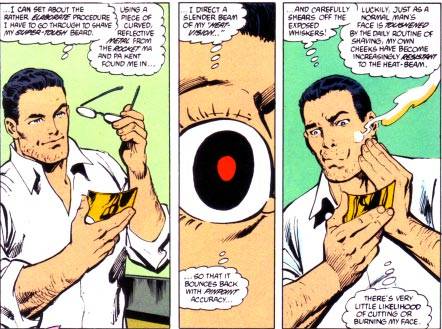 By simply tearing their own skin. 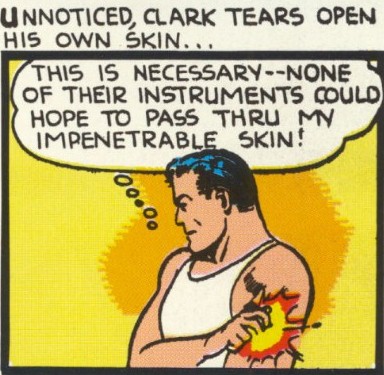 It follows that assuming Kara isn't wearing clip-ons(!), she could have pierced her own ears (perhaps with a fingernail) or simply by using a directed beam of her heat-vision.

Supergirl comes to Earth already grown. She's not a baby like Superman is. So she could have had her ears pierced on Krypton before long before she came to Earth.

Just to cite another solution: In an issue that involved surgery on Superman, they used lasers passed through a rare variety of Kryptonite crstals, which somehow made them able to cut him -- then retconned that in a hurry before criminals could try it. Maybe Supergirl had her ears pierced during the brief period when that worked.

Or perhaps she or otherwise deliberately weakened herself with some form of kryptonite long enough to do this. People do unhealthier things to themselves in pursuit of their idealized body image.

Or maybe she found someone who could do it with high-powered magic, which I believe they are at least partly vulnerable to.

Given that nobody has ever explained how you build a Superman out of the same things the rest of us are eating, or how his own cells manage leanup and replacement, or a million other inconsistencies, this one is relatively easy to explain away.

Not the answer you're looking for? Browse other questions tagged character arrowverse supergirl .

3
Why did Freya suddenly get so agitated during her speech?
5
How did the OA acquire her wisdom?
9
In Showgirls, why did Nomi suddenly get shy during her dance audition?
2
How did the Master Jailer attack Supergirl in Episode 14?
4
How was Supergirl able to beat up the guards?
1
How did Flash of DCEU get his powers?
7
Did Holly get transferred because David Wallace was jealous of her and Michael?
10
How did Aquaman get his tattoos?