Can amputated limbs be portrayed without computer graphics?

When a character in the plot is supposed to lose their limb(s), how does that special effect get portrayed without the use of computer graphics?

For example, Rust and Bone.

You're looking for what the industry calls "practical effects". Rather than using post-production techniques like CGI, the disguise is created on set and may be combined with digital effects because practical is almost always less expensive.

There are several ways of doing this depending on how long it's necessary to show the cut off limb and where the actor is in the scene.

Sometimes it's a simple matter of cutting holes in surfaces and covering knees or elbows with wrappings to look like they're cut off.

An example from Forrest Gump... when Lt. Dan is in the hospital after losing his legs, he's lying in a bed with the stumps covered with bandages. As the video below shows, this effect was created by simply cutting holes in the mattress and adding fake stumps onto his knees.

Later in the scene/film, they use CGI techniques to remove his legs when they can't be hidden this way but some of the work is done practically.

Similarly, in The Deer Hunter, John Savage hid his legs in the base of his wheelchair so that he appeared to have had them amputated.

Sometimes, particularly with arms, it's possible to use costumes to obscure the limbs.

In The Unknown, Lon Chaney plays a circus freak without arms. Though it's later revealed that his character has been hiding his arms the entire time, to create the effect, he binds his arms to his torso to hide that they exist.

Alonzo the Armless is a circus freak who uses his feet to toss knives and fire a rifle at his partner, Nanon. However, he is an impostor and fugitive. He has arms, but keeps them tightly bound to his torso, a secret known only to his friend Cojo, a midget. Alonzo's left hand has a double thumb, which would identify him as the perpetrator of various crimes. 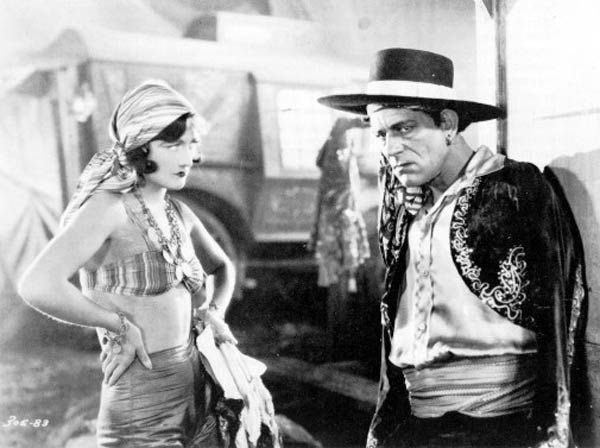 He appeared in another film, The Penalty, as a man with no legs. To perform this role, they put his legs in special braces to keep them bent at the knee and he "walked" around set that way. Combined with a cape-like jacket to hide his legs from behind he was able to pass as an amputee. There's some interesting gifs and images on this imgur page including this one: 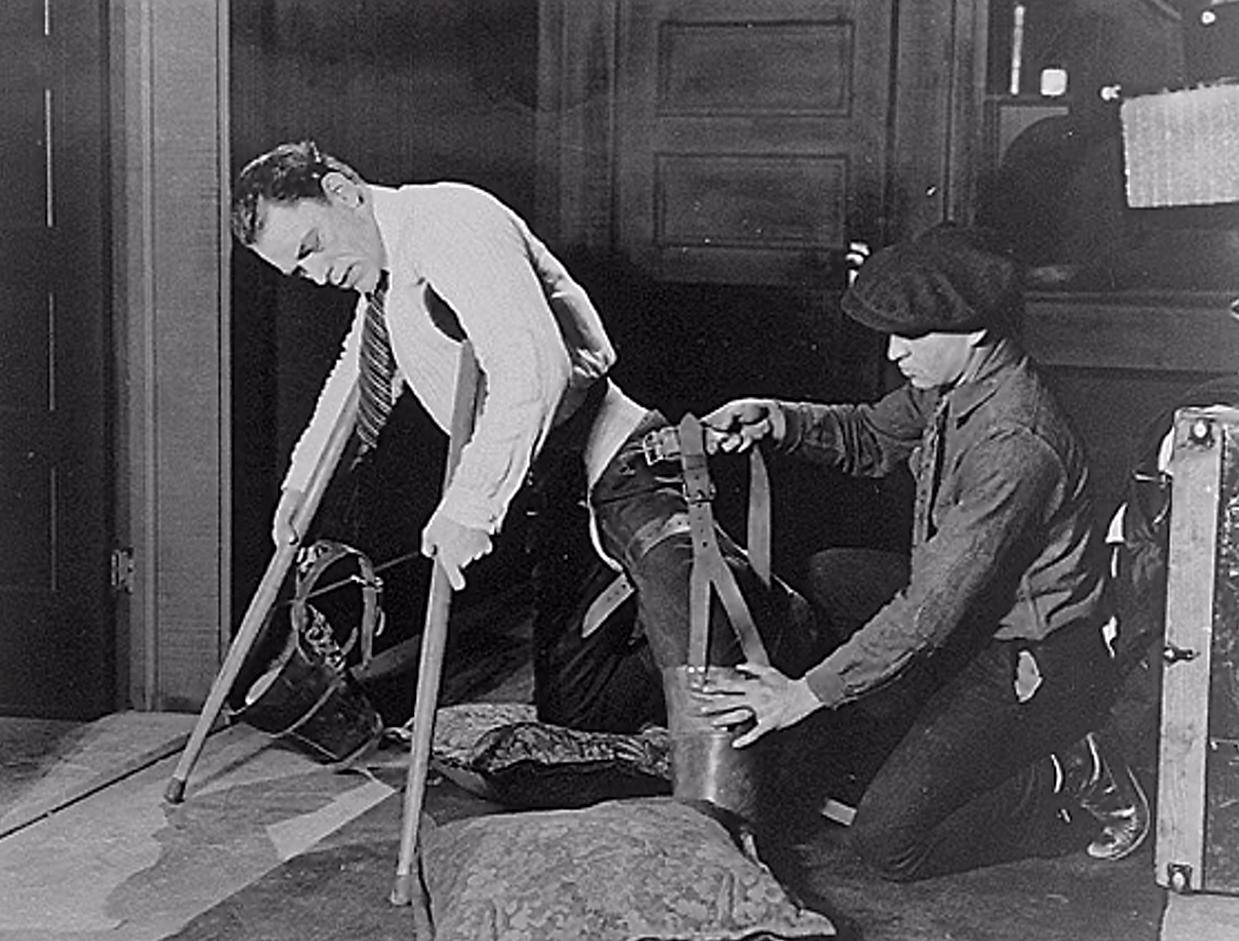 Other options include using camera angles to make it appear that the limb is missing and using stand-ins who are actually amputees for close-up shots of the missing limbs.

I believe they simply tied the 'lost' limb backwards¹, shot at the correct camera angle and spurted copious amounts of a blood-like substance from where the 'lost' limb was intended to originate from.

More on this 'special effect' here.

¹ Toward the end if this melee they may have simply buried the poor sod in the ground.

One technique is to use a green screen (which have been around for quite a while) and simply have the actor wear a green sleeve.

Before the greenscreen, there was bluescreening using film techniques instead of computer post-processing.

1
How do they shoot long underwater scenes (especially the even longer stylistic ones)?
10
Camera technique where crowd moves fast around a stationary character?
17
Why do soap operas have the soap opera effect?
8
What technique was used to create this effect?
29
When were digital effects first used in film or TV?
1
Air effect in scenes and dances
3
Simulated (dry) quicksand
6
What would you call this specific war scene effect?