Why did Paul Reubens use a pseudonym for Flight of the Navigator?

In the 1986 film Flight of the Navigator, the ship's computer, Max, is voiced by Paul Reubens. Reubens was not credited by name, but rather under the pseudonym "Paul Mall".

Why is Reubens credited as "Paul Mall" in this film, but not in any of his other roles? It couldn't have been a result of his well-publicized arrest for public indecency, as that didn't occur until 1991. I also doubt that he was trying to maintain separate identities for his live-action and voice acting careers, since all his other voice work is done under his usual name. Reubens was already a moderate star by 1986, so wouldn't it have been to the filmmakers' benefit to openly promote, or at least credit, his involvement in the film?

Have Reubens or the filmmakers given any explanation for the use of the pseudonym?

According to the film's director Randal Kleiser, Paul Reubens wanted to remain "low key" and have his appearance in the film be a surprise to fans. Note that at this point in his career, Reubens was exclusively acting as Herman and even giving interviews in character so appearing in a film as Reubens was a pretty big deal for him.

One big surprise for 1986 audiences was the voice of MAX, the ship’s computer: Paul Reubens, who had already become a movie star in Pee-Wee’s Big Adventure. In Flight, he used the pseudonym “Paul Mall” in the credits. Kleiser explains: “Paul did not want to have his name used in this project because he wanted to stay low key and have it be a surprise. Kind of like Matt Damon in Interstellar.”

DID YOU KNOW? SURPRISING FACTS FROM THE CULT FAVORITE ... FLIGHT OF THE NAVIGATOR

As you can see from this Australian DVD, Disney seem more than happy to confirm his appearance in the film now that Reubens has rehabilitated his career. 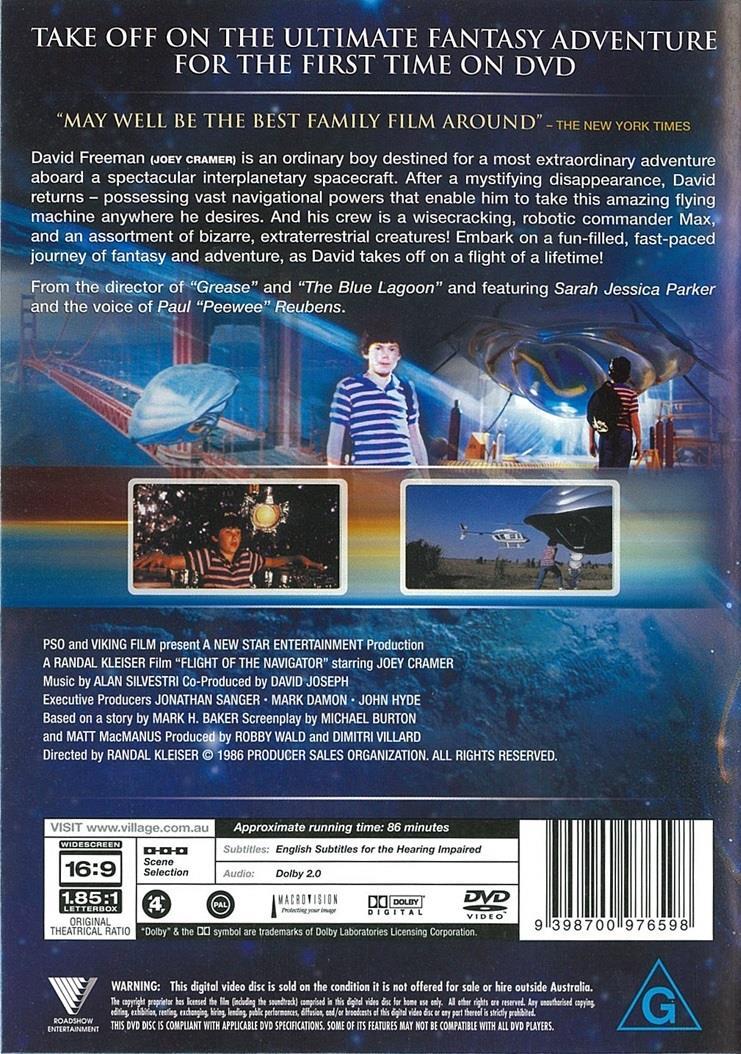 Not the answer you're looking for? Browse other questions tagged credits flight-of-the-navigator .

59
Why do studios use Roman numerals in the copyright notice in the end credits?
5
Why did the end credits in movies become a lot longer in the past decades?
6
Who did the uncredited Magic Voice for MST3k, prior Mary Jo Pehl?
6
Why was the opening credits sequence for The Newsroom changed for Season 2?