Why did Kaa attack Mowgli?

In The Jungle Book (2016) we saw that Kaa found Mowgli and told him how she got into the jungle and why Shere Khan is after him. By doing so, Kaa was actually hypnotizing Mowgli. Then went to attack him before Baloo came to the rescue. 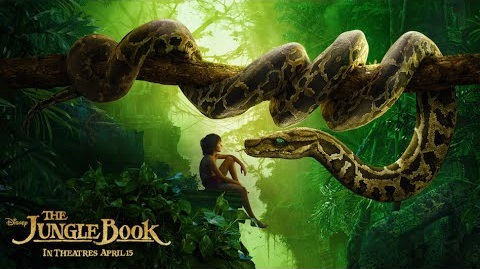 Why did Kaa attack Mowgli? Was there any grudge from Kaa against Mowgli/man-cub/humans? Or was Kaa trying to please Shere Khan? Or was it just because of hunger? Is there any description in previous adaptations about this?

Firstly, Kaa is a male character but the reason for portraying Kaa as a she is, from IMDb trivia,

This is the first time that Kaa the Snake is portrayed as a female, rather than a male. Jon Favreau said the change was a deliberate one, as he felt there were too many male characters in The Jungle Book (1967).

The reason for attacking Mowgli is because she's a dangerous villain. Her personality is mentioned in Disney Wikia,

Kaa is a sly and seductive character, speaking with a soft, often entrancing tone to either lure his victims into a weary, dreamlike state, or manipulate them into bestowing their trust, thus allowing him to devour them unexpectedly. He furthers this by the use of his iconic ability to hypnotize his prey with his eyes, rendering them enchanted and under his command. A powerful and dangerous ability, Kaa is a feared member of the jungle, as evidenced by his interaction with the often composed and fearless Bagheera. Such fear, however, does not resonate with the unofficial ruler of the jungle, Shere Khan the tiger, who Kaa holds a disliking for, believing the act of killing for pleasure, as opposed to survival, to be dishonorable. The two beasts are often at odds, though Shere Khan views Kaa as an "eyes and ears" of the jungle, relying on him to assist his quest in finding Mowgli at one point in the film, though the manipulative Kaa was able to steer even Khan in the wrong direction, further showcasing his intelligence.

As mentioned above, that is what exactly she was doing, speaking softly, hypnotizing with her words, luring him into her brace and started to devour him, that's when Baloo saved Mowgli.

Regarding the "previous adaptations", all previous films have portrayed Kaa as a villain, for the simple reason of how people tend to view snakes. This is a significant deviation from the book.

The book shows Mowgli's growth from childhood to adulthood over roughly 15 years, whereas any film can only show a short period. The animals all provide various role models for Mowgli, and in Mowgli's early years the other animals are more significant, teaching him basic survival skills and protecting him. As Mowgli gets older though, he outgrows his early teachers and their innate limitations on how they think. Kaa's intelligence, knowledge of the past and grasp of strategy make him Mowgli's most important mentor during his adolescence.

Kaa can be frightening in the book (most notably when hypnotising the Bandar-log), but is never evil. He is merely calculating and strategic. He cares deeply for Mowgli though, because Mowgli's intelligence makes him the closest thing to an equal that Kaa will find.

Since the films don't capture this, they all share a common problem of what to do with Kaa. The films have all featured Shere Khan as the major villain, and this necessarily pitches the film at the earlier years of Mowgli's life when Kaa is less significant as a mentor. All adaptations seem loathe to leave out such an iconic character, but all adaptations then seem to shoehorn Kaa into a rather disjointed role as a minor villain because he doesn't fit well with Mowgli's other mentors at the time.

Perhaps there was a "focus group" assessment that a giant snake should not be one of the good guys? If so, that's a shame. A useful life lesson is that not all scary people are bad.

Not the answer you're looking for? Browse other questions tagged plot-explanation the-jungle-book-2016 .

26
Why did Qhorin Halfhand attack Jon Snow?
6
Why did Liber8 attack the police?
15
Why are two such similar movies being made at the same time?
5
Why didn't Shere khan attack Mowgli before the truce period
5
What happened to Kaa?
3
Why are Mowgli and his father in the cave and get attacked by the tiger in Jungle Book (2016)?
4
Character foreknowledge in the climax of Paul Verhoeven's Elle
9
Why did the Dothraki attack like this?
1
Why is Kaa evil in almost every single adaption of the Jungle Books?