How do they make bloodshot eyes in movies?

I have seen tons of make-up tutorials on cuts, bruises, bullet wounds etc., but could not find much information on how bloodshot eyes are made in movies.

In the book "Let the Credits Roll: Interviews with Film Crew", there are extensive inteviews with Jemma Scott, Contact Lens Technician on films like LOTR and The Beach. She describes the process of creating bloodshot eyes as requiring 'Scleral Contact Lenses' (e.g. lenses which cover the whole of the white of the eye).

I did lenses for The Beach [Danny Boyle, 2000], too, but I wasn't there with Leonardo DiCaprio. We found a Thai optician to put the lenses in because it cost too much to bring me out there. Leonardo DiCaprio had been beaten up in the film at the end, and the makeup artist wanted to give him a subconjunctival hemorrhage, which is a burst blood vessel. So I designed a large diameter schleral soft contact lens for him which was 22 mil across, and had the bloodshot effect painted on. I either draw it, or write down exactly what I want for the person who paints it. 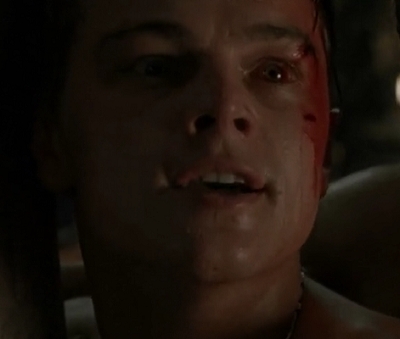 People might think we gave Elijah Wood [Frodo Baggins] blue lenses, but actually those arc his natural eyes, which are just an amazing blue color. But there is a part in the film when he is being chased through a wood by characters on horses and Liv Tyler is trying to get him to safety. Anyway, he is ill and his eyes look thick and bloodshot and cloudy, and we did those lenses.

Sclera contact lenses are contact lenses used for full eye effects. They are significantly larger than standard contact lenses which tend to be the size of the average iris. They are used for any number of reasons, but mainly for costume and theatrical reasons. Blood shot eyes are one common version. 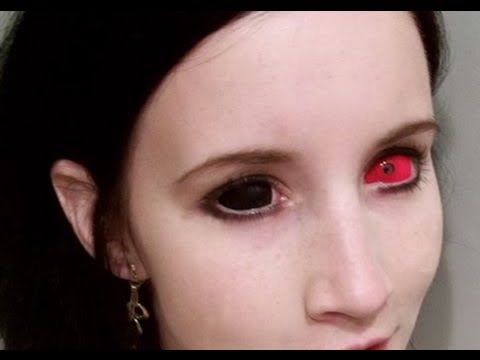 Alternatively, depending on the amount of time, or the budget, computer generated effects are used. Especially when the actor can't or won't use the Sclera lenses (they aren't always comfortable). Some of the effects used leave the user with tunnel vision or blinded, as the design/paint prevents them from seeing out. Technology has made this simpler.

Sclera lenses have been used for ages. Two actors used them in "Where No Man Has Gone Before", the third episode of Star Trek in 1966. The main antagonist of the episode, Mitchell, couldn't see through the full eye lenses, so had to tilt his head up to see out the bottom. (Gave him a holier than thou appearance) The other did not. The lens was a sandwich of tin foil between two Sclera lenses. 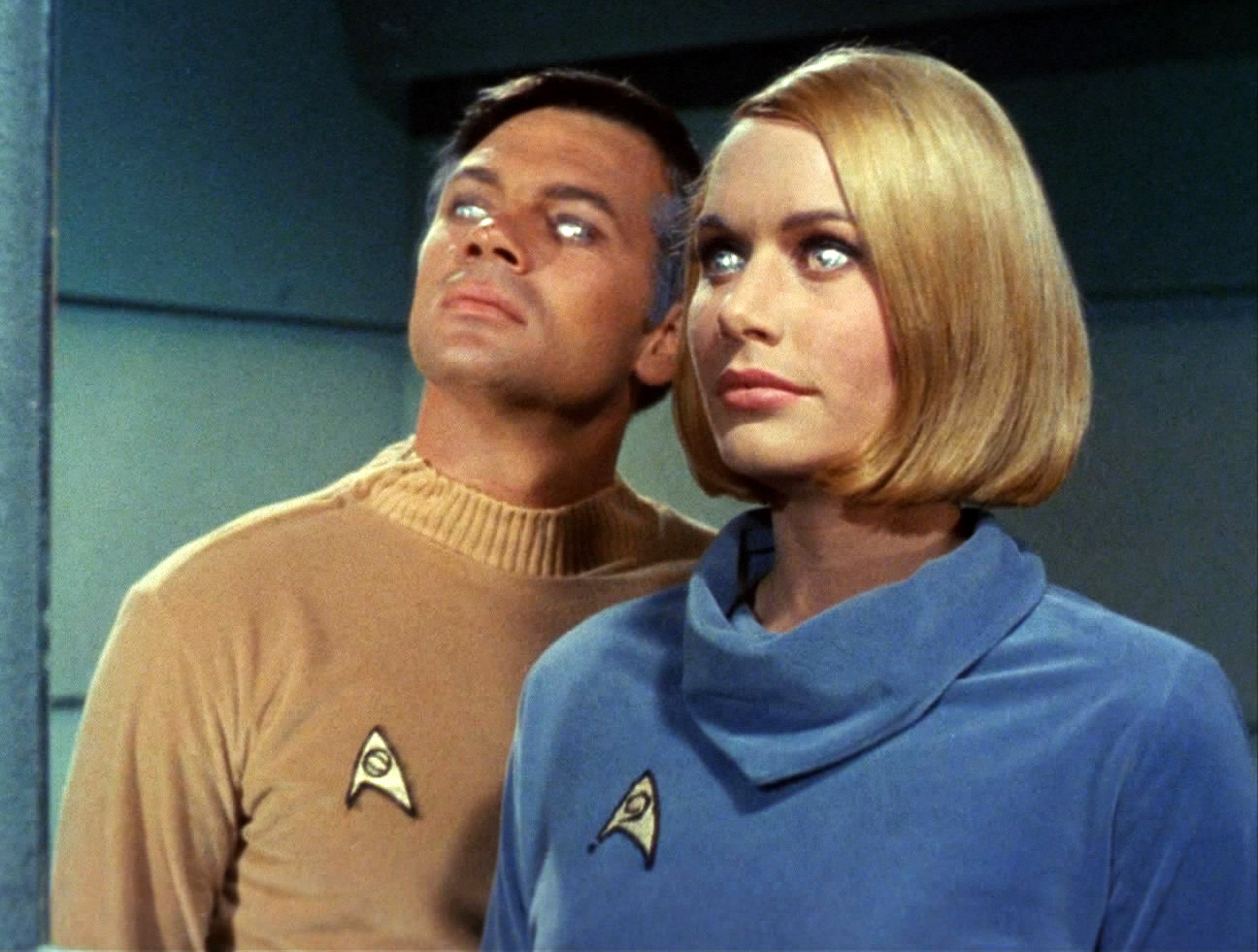 Sclera is the whites of the eye.

There is also liquid drops that allow for a temporary blood filled look.

It depends on just how bloodshot you mean. In most cases, a gentle, careful rubbing of the area around the eyes works, or peppermint or menthol drops beneath the eyes, or even a mild irritant in the eyes (for instance, water with an additive such as chlorine).

Just be careful. They're your eyes, after all!

8
How is the "solid black eyes" effect done?

27
Do they really have sex in movies?
30
How do they make horses fall down in war movies?
24
How do they make a huge crowd in a movie?
11
How did they film Patsey being whipped?
14
How did they create The Shadow's disguise?
14
How are the face-in-suit segments of Iron Man filmed?
8
How are Michonnes Zombies made?
14
How is this shot in Batman made?
8
How is the "solid black eyes" effect done?
1
How do characters act so fast in movies?