What is this wax seal used by Eddard Stark in "You Win or You Die"?

In Season 1 Episode 7 of Game of Thrones, Ned Stark writes a letter bound for Stannis Baratheon and seals it with the following wax seal. 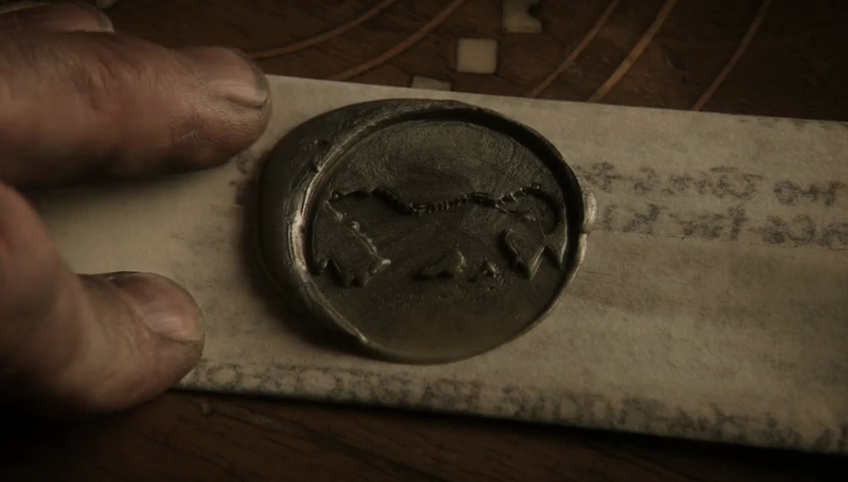 What, if anything, does this wax seal represent?

I assume it must have some significance, otherwise it would not be given this close-up shot.

It's a direwolf and just another representation of House Stark.

It's obviously not the official Stark sigil as mentioned by rand al-thor. 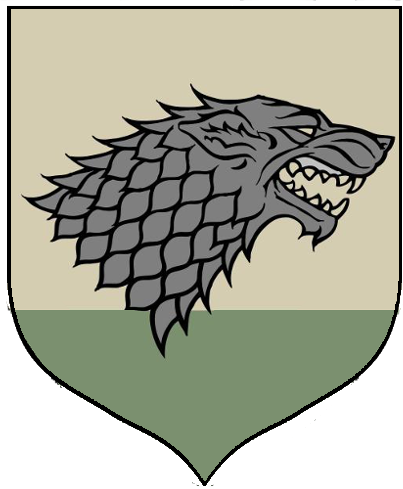 The official Stark sigil: A grey direwolf on a white field

However the Starks do use other imagery: 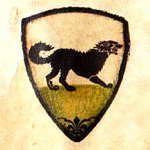 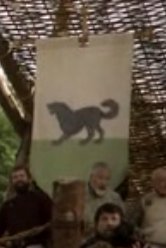 In the episode Mockingbird, Hot Pie creates a loaf of bread in the shape of a direwolf to represent House Stark. The bread is actually very similar to the one in the wax.

Therefore I think that the Starks use many direwolf shapes as their official mascot. This stamp is no different.

To be honest it looks a bit like a stylized map of Blackwater Bay (rotated), with Dragonstone and Driftmark being the main islands in the bay.

Some of the details are definitely off, but that could be consistent with imperfect maps and perhaps some distortion in the making of the seal and then some more in the way the seal came out this time, the angle we're looking at it being shot from, and so on.

It might well be a wolf as the first answer indicated (I finally figured out the intent would be a wolf facing left in the picture), but the first impression I had was of islands in a bay.

Edit: after playing about with the images for a bit, I've come to the conclusion that it is just as Rowan Freeman suggested: 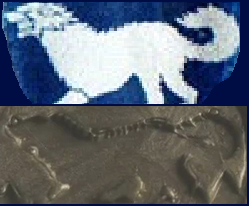 So while I now think Rowan's answer is likely correct and my suggestion here is likely wrong, I'll leave this here, at least for now.

19
Who are the Five kings in GOT-War of Five Kings?
36
Why didn't the Starks form an alliance with Stannis?
7
Is it common for kings to use their mother's house in titles?
1
How did Stannis Baratheon survive the Battle of Blackwater?
26
Why does Sansa Stark not want Jon Snow to know that she had written a secret letter?
5
Does Cersei know about the impending attack on Westeros?
7
Is he Daenerys' nephew?
28
Why doesn't Shireen Baratheon have black hair?
31
Why does Peter Dinklage's name appear first in the opening credits?