How did Kryptonite come to earth?

If "Kryptonite" is ore from Krypton and Krypton was destroyed, then how did this ore come to earth in Batman v Superman: Dawn of Justice?

In the film Batman V Superman: Dawn of Justice, the Kryptonite was evidently contained in the World Engine seen in the earlier installment; Man of Steel.

As the latest film opens, we see some young children salvaging tech that's fallen outside the exclusion zone and selling it to various (Western) bidders on the beach. This apparently includes a clump of Kryptonite. 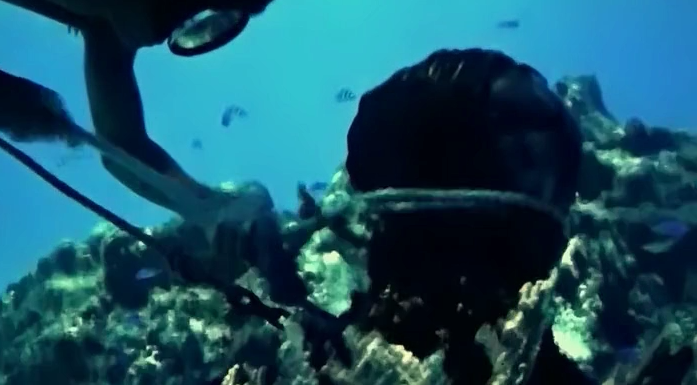 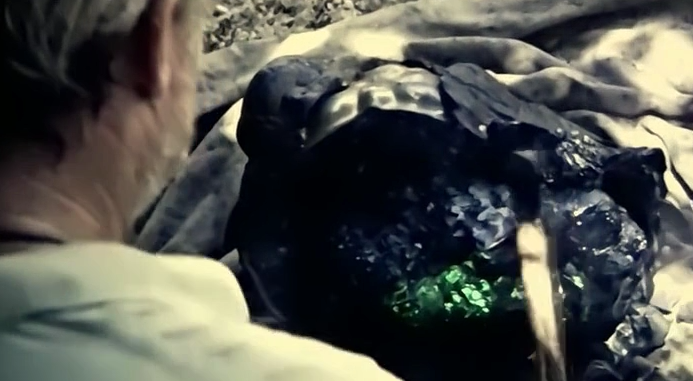 In the original Superman film, it was described as being from a meteorite:

The photo shows an ETHOPIAN FARMER holding a wedge-shaped green rock about a foot long and five inches high. The FARMER grins at the camera. The caption beneath reads: Meteorite Lands near Addis Ababa, Ethiopia, June, 1951.

EVE and OTIS stare at the picture, mystified.

EVE I know I'm going to get rapped in the mouth for saying this, but - so what?

LUTHOR So -what? You mean to us it's just a meteorite? Fair enough. . .

LUTHOR But because of its high level of specific radioactivity - to someone from the planet Krypton - this substance would be lethal!

The wiki provides some details on an overview of the explanation with regards to the comic books:

The amount of kryptonite shown to fall on the Earth in Silver Age stories is too large to have been evenly distributed from the explosion of any reasonably sized planet, so the usual explanation for the large amount that made it to Earth was that the kryptonite and other materials from Krypton were dragged to Earth by the experimental warp drive that brought Superman to Earth.

It was possible to artificially create green kryptonite, which the rogue genius Lex Luthor performed on various occasions. However, he rarely needed to do so, as kryptonite was so abundant that many ordinary criminals kept a supply as a precaution against Superman's interference.

It can be explained, but it is creating new ideas and accounts that were never revealed before. Superman's father put a very large chunk of Kryptonite in the spaceship that took Superman to earth. Kyptonite only became deadly to Superman in the Earth's atmosphere - and only after he had gone through puberty. The large chunk was stolen from Superman's earth parents' barn a few years after the spaceship crashed on Earth, and after the chunk was passed around within the underworld, it became apparent to some that the rock was deadly to him. The rock was broken up into many pieces, but it did not lose its potency.

11
Why did he say “You are right about him” to Batman?
7
Why does Superman not see the Kryptonite?
14
How does Superman know Batman is Bruce Wayne
8
Why did Superman risk his life in the final fight?
10
How did Lois Lane know that she has to bring back the spear?
10
Why does Lex Luthor want Batman dead?
7
How did Lex Luthor create the monster?
4
How did Lois Lane know Lex Luthor has Martha Kent as hostage?
5
How did Superman know that Lois was falling to catch her in time?
2
How did Alfred find Martha?