How did Dr. Brand decelerate when reaching Edmunds' Planet?

At the end of Interstellar all fuel from main engines of the Landers and Rangers was used to escape Gargantua's (the black hole) gravity well. They accelerated enough to break free. So how did Dr. Brand slow down when she got to Edmunds' Planet? The ship would have been traveling at a high speed.

According to the wikia:

Lander 2 was later used by Brand and CASE to reach the surface of Edmunds' planet. With the amount of fuel available after delivering supplies to Mann's planet and pushing the Endurance out of [Mann's planet] orbit, only two cargo pods could be delivered to the surface of Edmunds. It remains capable of atmospheric flight, but has insufficient fuel to return to orbit. -Interstellar, The Official Novelization

Each of the sections of the Endurance are modular sections. Four are specifically designed to be detached from Endurance, and ferried down to the surface with the Lander ships. Since Brand had to (could only) bring two down, that means Lander 2 had enough fuel for one or two orbital launches. The Landers are only big enough to carry one pod at a time. (Assuming she went down for recon, up then down for Pod 1, then up for Pod 2, and finally down for good. Or she immediately took down Pod 1 and only came back up once.) For this, Endurance had to be in some form of stable orbit. 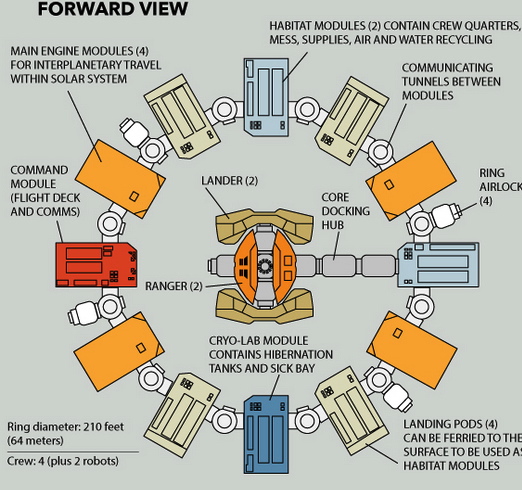 The Landers could only take one pod down at a time. 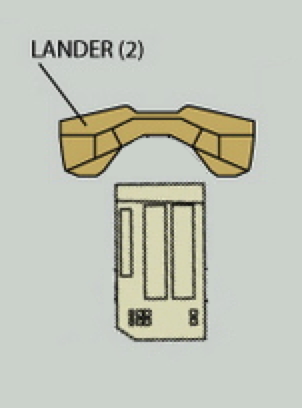 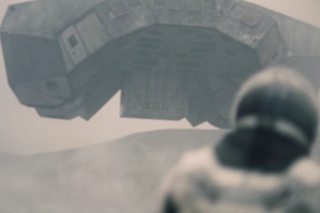 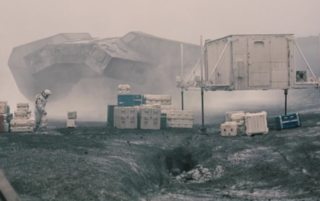 Notice the ones on Edmunds' Planet are significantly bigger, much like the modules on the Endurance. 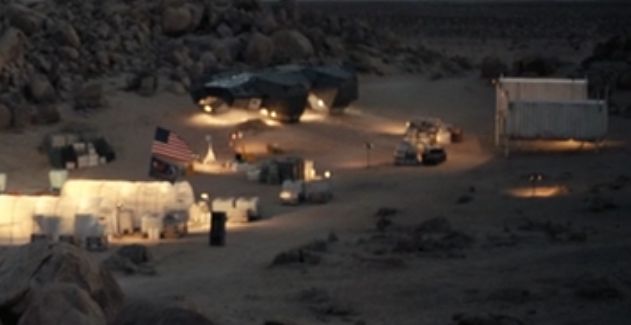 Taking the film's official novelisation into account, it's not especially clear that Brand would need to use any fuel to decelerate the Endurance once it gets to Edmunds' planet. All signs point to her being able to maneuver straight into some sort of orbit once she gets there, not forgetting that since the Endurance is lost to her (it's explicitly stated that she only has enough fuel to make a single trip to the planet's surface, delivering one of the cargo pods (which presumably contains the two individual hab modules seen at the campsite), it therefore doesn't really matter whether the orbit is totally stable, just as long as it's sufficiently stable for her to locate the landing site from space, then loop back around at least once to make the final trip down. 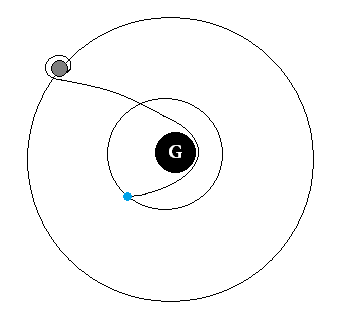 Coop tells Brand that with the amount of speed they'll lose exiting the black hole's enormous gravitational field and even with a full burn (and the dropping of the Ranger) to boost them, they'll still have barely have gained enough velocity to make it to the planet. That would strongly suggest that they're not going to be moving at an especially high speed once they arrive:

He stopped within arm’s reach of her. They were both sealed in their spacesuits, yet it felt very—personal.
“The navigation mainframe’s destroyed,” he said, “And we don’t have enough life support to make it back to Earth.
“But…” he added, “We might scrape to Edmunds’ planet.”

Coop also makes it clear that that she'll have fuel enough for course corrections but makes no mention of a retro burn, again strongly suggesting that the plan it to take the ship directly into a stable orbit without the need to lower its speed.

But when he considered everything she would have to accomplish, and all on her own, just to reach Edmunds’ World — the course corrections, placing the Endurance into a stable orbit. Loading the population bomb onto the lander—along with anything else she would ever need, since there wasn’t enough fuel to go back up once the lander had descended.

43
How did Murph know about Edmunds?
4
How does Murph know whether Dr. Brand is alive?
26
How does the high gravity on Miller's planet create big waves?
9
Why and how did Cooper suspect that Amelia Brand had intimate feelings for Wolf Edmunds in Interstellar?
14
How was Cooper confident about landing his Ranger on Miller's planet?
5
Why is the Endurance still in "orbit"?
22
Why did they go to visit the first water planet in Interstellar?
3
Why didn't endurance burn from the heat generated by the accretion disk around Gargantua?
7
How come the scientist in the second planet is not super old?