How was Flash able to reverse the colour of Reverse-Flash's costume?

In Justice League: The Flashpoint Paradox, Flash had only Reverse-Flash's ring/costume. So after he gets back his power, he uses this costume and does some kind of vibration and reverses the colours of this costume to make it like his own. What was this power all about? And how does it work? How was he able to change the colour of the costume?

They seem to have taken the first option that was provided in the source material, Flashpoint #3 of 5 (2011). In the comic, Barry says he could basically unmake the suit, and at light speed change it. But says screw that, it's easier to make a new one. 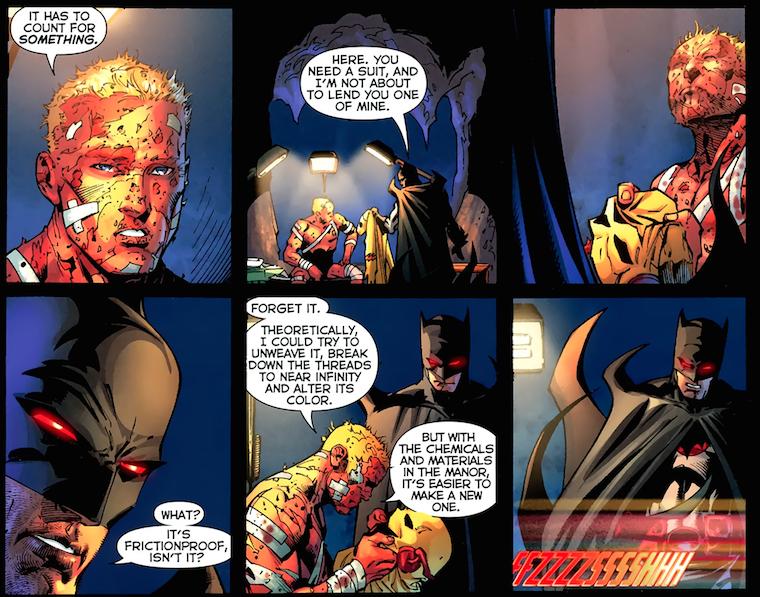 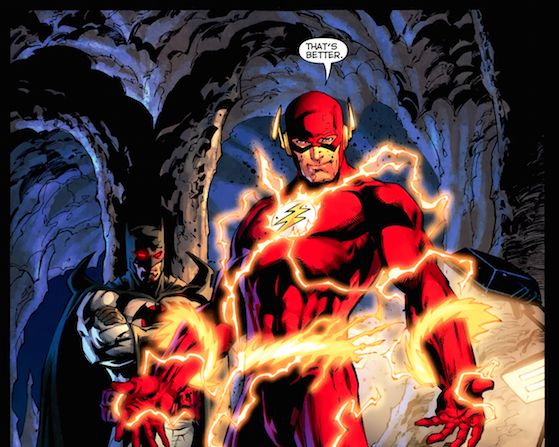 In the movie adaptation, he vibrates it at super-speeds, changing it. Movie Allen is less lazy it seems. His line when he changes the suit implies the unweaving:

I had to at least make some last-minute alterations.

Unweaving, Alterations, it's a sewing joke.

Since it's the Speed Force, you can just ignore any of that nagging physic side effects of moving matter at light speeds and the energy requirements and everything. He just can.

Overall, the movie is a pretty straight, true to source, adaptation, almost scene to scene, line by line, with a few changes for action.

Not the answer you're looking for? Browse other questions tagged character dc-animated-movie-universe justice-league-flashpoint-paradox .

3
What is Professor Zoom's role in the Flashpoint Paradox?
4
Was The Reverse Flash gay?
2
Was the reason for Reed Richard's (and Sue Storm's) powers explained?
5
Explain the abilities/powers of this "The Flash" character
7
Why Does the Reverse Flash Vibrate?
50
Why did Vader passively accept being killed and replaced at Palpatine's command?
2
What happened to Reverse Flash?
5
Is Reverse Flash​ more powerful than Flash?
3
How is Darkseid able to spy on the Justice League?
3
Was Mirage (Syndrome's assistant) an innocent dupe - or complicit in murdering supers in "The Incredibles"?