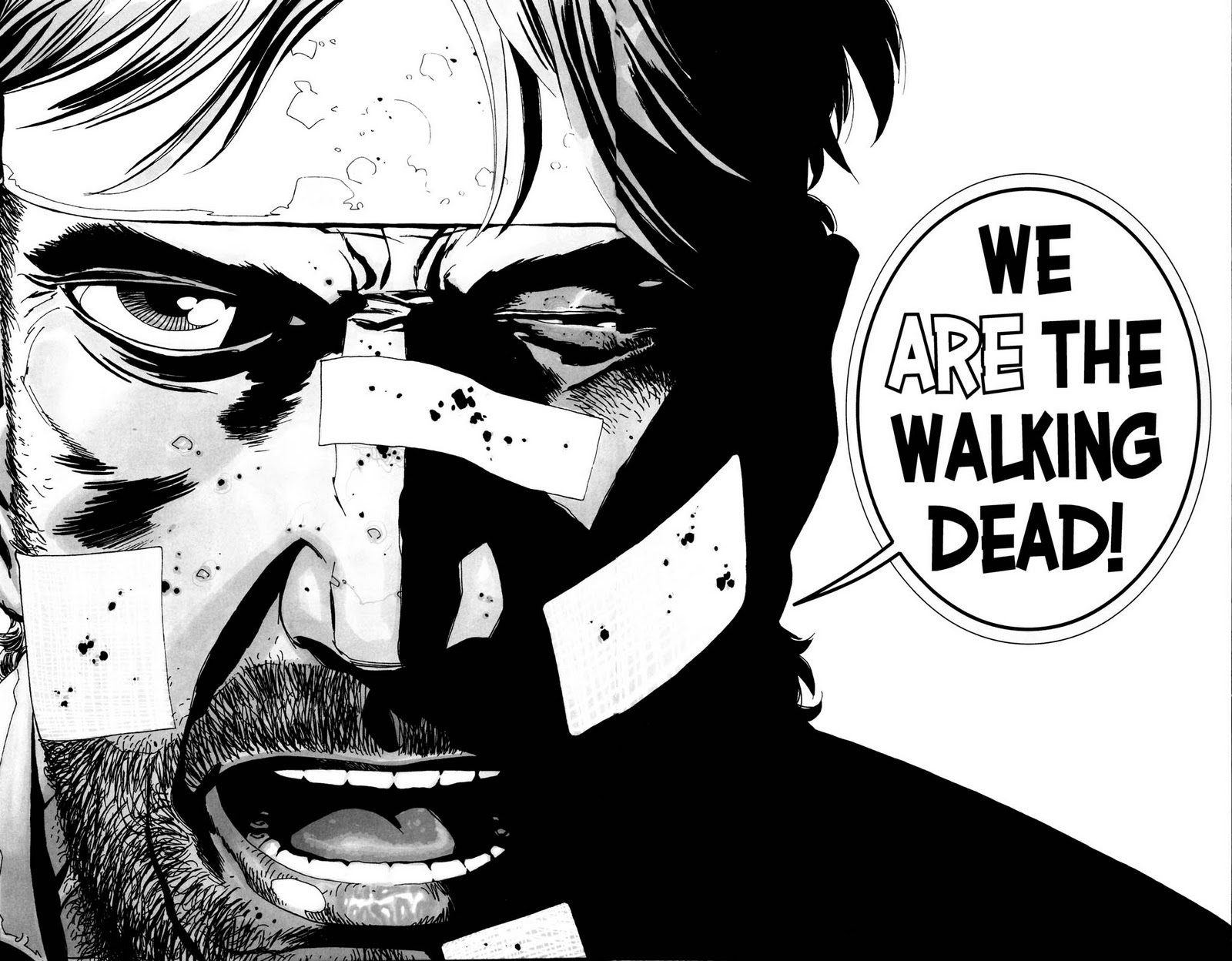 The title has a double meaning, as the writers and Kirkman have hinted at, and flat out said, numerous times.

On the surface, it's about the "walkers" aka "zombies" "biters" "geeks" etc.

As far as the theme of the series, both show and comic, it's a bit deeper. The title references they (Rick & crew) are the ones who survive amidst all the death around them, knowing that any of them at any time could be next, but they keep going on.

Just like the user above showed, there's two thematic tentpoles in the comics (only one in the show so far) where Rick says "WE are the walking dead" where he explains just that. Then later, he says "We are NOT the walking dead" as the series comes to its conclusion.

It's part of the reason why I liked the show and the comics, after avoiding them for years because I thought it was "just a zombie show". It's more than that, which is why it's a standout piece of modern fiction.

28
Why isn't the term "Zombie" used?
2
Head injuries in the Walking Dead
3
How did walking dead characters get cured?
3
How did Rick Grimes "change" throughout The Walking Dead series?
8
How are Michonnes Zombies made?
3
Has Carol become unrealistically unhinged?
5
Infinite ammo in "The Walking Dead"
7
Why don't main characters of the Walking Dead shield their legs from crawling walkers?
4
Why do the walkers resurrect at the presence of a human?