Who was the Mountain crushing?

In Season 4 Episode 7 "Mockingbird" of Game of Thrones, we are reintroduced to "the Mountain", Gregor Clegane, an almost literal mountain of a man. He was summoned to King's Landing by Cersei to be her Champion against Tyrion in Trial by Combat. When she (i.e. we) greets the Mountain, he's busy introducing his sword to some people's insides.

But who were those 'soon to be dead' men? Prisoners of war? Criminals in King's Landing? Unlucky squires in training? People who owe the Mountain gambling money? Random low-born citizens?

Why was the Mountain making mole hills out of these men? 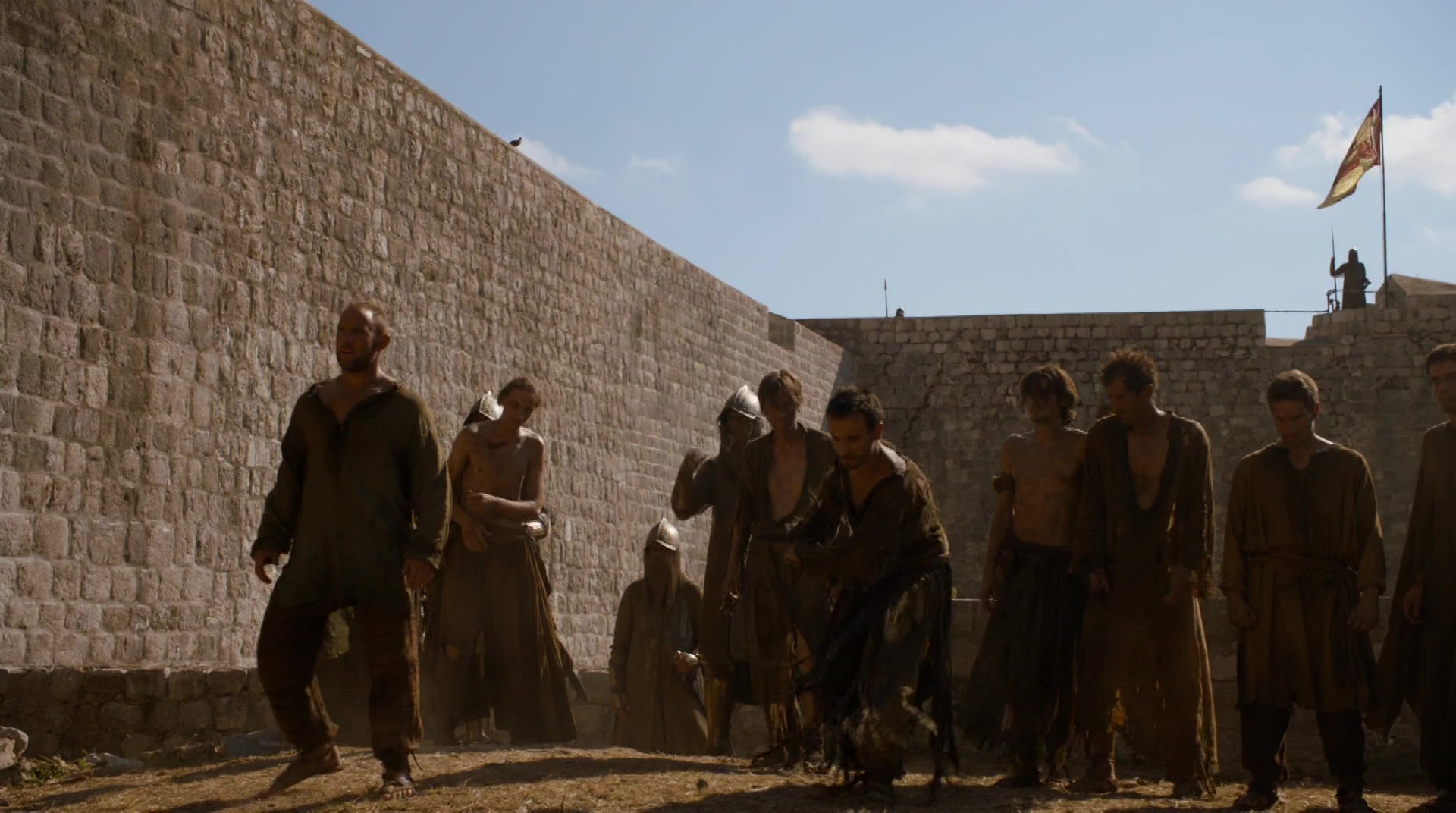 I have not read the books, so that might be more informative as to what is going on but I have a theory. These men do look like prisoners, half starved and wearing rags. I believe it is within the realm of possibility that the prisons, some or just one for the real heavy crimes, give an ultimatum to the prisoners; kill the Mountain in a fight and win your freedom. Even against impossible odds, the prisoners would be more inclined to die fighting than waste away in a terrible prison. This ultimatum would solve some problems; the prison doesn't have to support the prisoners with food and water, and the Mountain gets to practice.