My understanding was that they were only issued to some Waffen SS and mostly to fighters on the Eastern Front. In an otherwise realistic depiction of WWII, is it reasonable to assume that he could actually have acquired such a weapon, or was it just cool to have him mowing down Nazis with an AK look-alike?

One of these weapons made the news a few years back it was surmised it had been captured after killing the bloke holding it. Handed in for a weapons scheme. The article explains a similar theory to yours. Here is a purported picture of an allied solider with one. There is short piece titled Gun News that speaks of these weapons being captured by Americans. Although rare it seems a not impossible scenario for o'l Brad to find one whilst roaming about knocking off Hitler's Army . 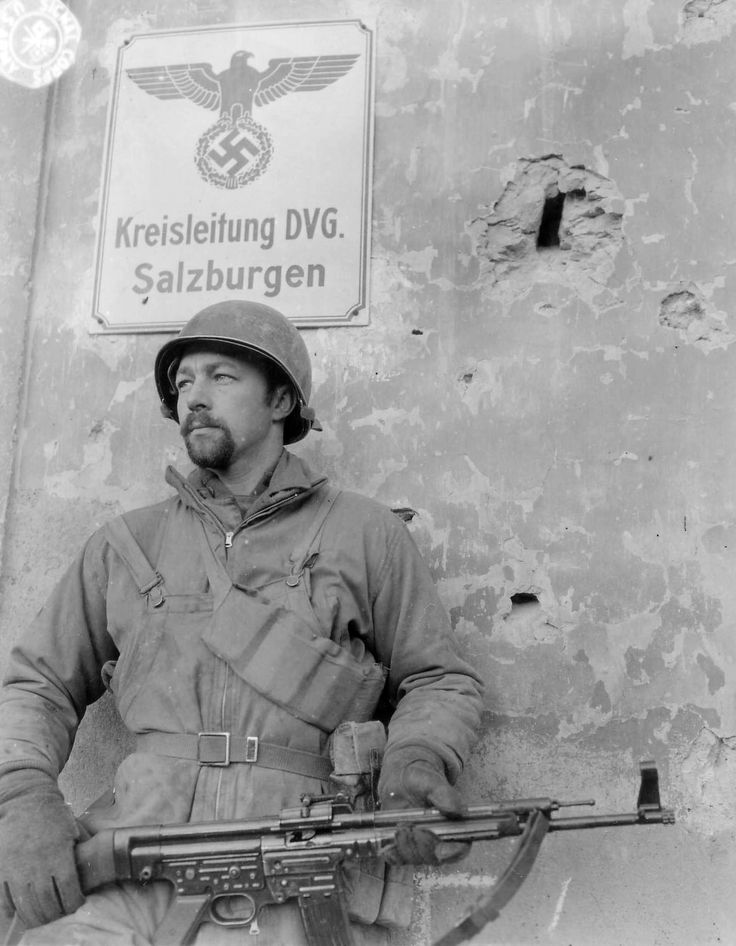 It is definitely possible. This type of weapon was widely used on the Western front in the later stages of the war. American soldiers had nothing like it, and it gave the Germans a big advantage over the Americans and British in any kind of close range situation. As a captured trophy weapon it would have been highly prized.

Normally soldiers do not use enemy weapons unless the ammunition is compatible with their own ammunition supplies, which they were not in this case. Therefore, a soldier could typically only use the weapon until they ran out of ammo, which would happen quickly of course, at which point the gun becomes a paper weight. Also, ammo is not the only problem. Guns need to be cleaned using special tools and often need small parts replaced. Such issues can quickly put a captured weapon out of commission in real combat.

In rare instances soldiers will go out of their way to maintain a prized weapon, which the Stg-44 would definitely be. Another weapon in this category was the legendary Browing Automatic Rifle (BAR). So, you would have soldiers that would go to the black market to buy ammo for their gun. Doing this is very expensive and time consuming and usually illegal (ie, you could get court martialled). Imagine paying $5 to $10 per bullet (in 2016 dollars) and a clip is 30 rounds. You got to really love that weapon to paying that kind of money.

Nevertheless, it could and did happen.

17
Why did Fury (2014) end this way?
9
What do the scars on Brad Pitt's back mean in Fury?
2
What was Brad Pitt's character's motivation to not take cover in Fury?
7
Red and green laser cannons in "Fury"
6
Why didn't Germans simply set Fury on fire?
2
English translation of SS officer’s line in Fury