How can Korra (and how could Aang) go into the Avatar State?

In the final episode of the 3rd season of Legend of Korra, Zaheer and the Red Lotus forced Korra into the Avatar State. But the Avatar State is the combined abilities/knowledge/power ect. of all the Avatar's past lives to create an extremely powerful entity. It was established earlier that due to previous events (that I will not elaborate on) Korra had severed her connection with her past lives, and could not communicate with them. Like they weren't a part of her anymore.

So, if this is the case, how did she go into the Avatar state?

First, any Avatar can go into the Avatar state. Only a fully realized Avatar can control it. Otherwise, it's a defense mechanism.

He regularly got pushed into the defensive Avatar State. During the escape from Ba Sing Se, Aang realizes what Guru Pathik was teaching him, let's go of his earthly attachments (Katara, much like Zaheer did when P'Li died), and while in control of the Avatar state, gets attacked by Azula. The Avatar state gets locked away when he dies, and gets resurrected by the Moon water Katara had. Most of the final season, it can't be used. It's only at the very end during the Phoenix King attack, that being hit on the same spot as where Azula hit him, that it's unlocked again, at which point Aang can control it again.

Philosophically, once you reach enlightenment, and let go, you let go. You are no longer in the state of mind to reattach and regain the earthly attachments. Aang lived the rest of his life in a very Buddhist/Zen state.

As for her, we get the quote from Roku in The Last Air Bender, that the glowing lights are the power of the previous lives of the Avatar.

The Avatar State is a defense mechanism, designed to empower you with the skills and knowledge of all the past Avatars. The glow is the combination of all your past lives, focusing their energy through your body.

This was an amazing plot detail, that Legend of Korra quickly, and disrespectfully retconned, when the giant space bacteria Raava, Vaatu, and Wan were introduced. Further backed up by Unalaq's merging. 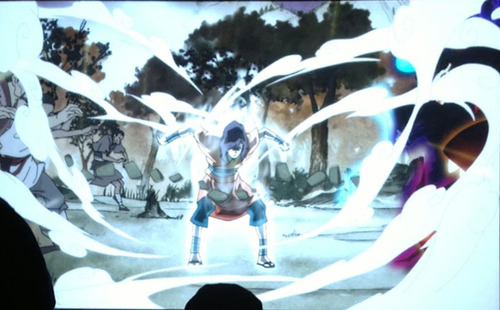 Wan, the first time he channels Raava, before they merged completely. 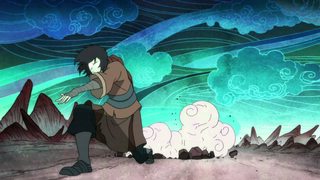 Avatar Wan, the first Avatar, in the true Avatar State. 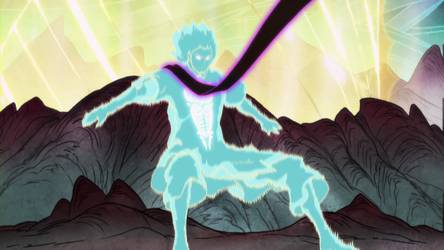 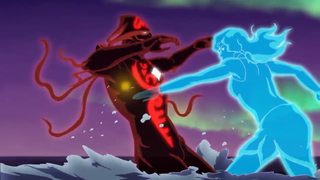 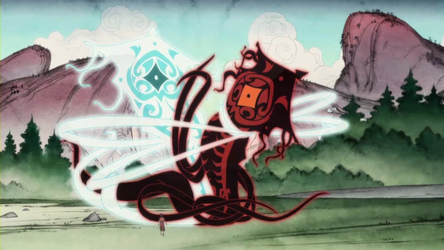 Of course, at this point, Korra still had her past lives. It's only once Raava is ripped from her, that the connection to the previous Avatars is removed. Afterwards, she regains Raava, but not the past lives.

This means one thing. The Avatar State, and Glow, are completely due to Raava's merging and power to hold multiple elements, while the Past Lives have nothing to do with it.

It's a mere pleasant coincidence that the Avatar State allows for a direct connection with past lives, but the power comes just from Raava.

Thanks for ruining the nicely established lore Korra, thanks a lot.

Of course, in universe, the explanation given is that much of the Avatar's history is unknown, lost within the ages. The Avatars' are all seen to communicate with their predecessors, Korra to Aang, Aang to Roku, Roku to Kyoshi, etc, instead of with Wan. They don't even know about Raava or Vaatu. It's only during Season 2 of Legend of Korra that she learns about Raava and Wan, reintroducing them to the truth of the Avatar, and the Avatar State. So chalk it up to a game of telephone, knowledge that changes through the years after multiple retellings. Roku just spit out what he learned, even if it was wrong.

When Korra enters the Avatar State, she isn't taking the knowledge of past Avatars into consideration; rather, she is merely merging with the spirit of Light, Raava, just as the first avatar did. 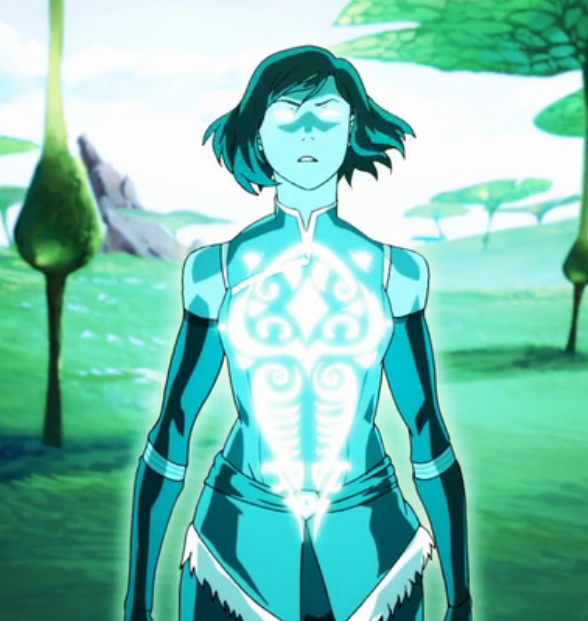 As for Aang entering the state despite not completing his chakra training, Aang's chakra training wasn't the usual Avatar State route. Most achieved the state by mastering the four bending arts, and clearing their minds. The Avatars shown in the state were all very much tethered to the world -- they had families and villages that were dear to them. 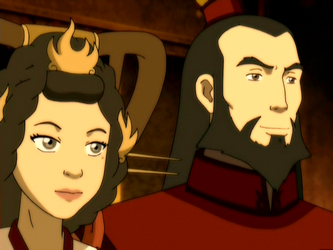 As far as I know, using knowledge about IRL as well, I can say that in Avatar state the Avatar is basically having an adrenaline spike and Raava, an extremely powerful spirit, rushes through the Avatar's veins lending him/her power. As for past lives, it seems that Raava holds the souls and experiences of past lives. Raava is more dominant than her host in Avatar state and therefore controls the Avatar's actions to some degree and in that phase uses her experience to do what seems best.

Avatar Wan and Korra are the only Avatars mentioned to use only Raava's power and not experience. Notice they both are also in full conscious control of themselves despite being in Avatar state. Meaning Raava doesn't control their actions and readily lends them her energy because she isn't as experienced with it. But as for Aang, we see that when Avatar state is activated by a survival situation, Raava controls Aang's actions to the point that he is even unaware of what he's doing entirely. For example in the first two scenes of Avatar State, Aang bends water even though he doesn't know how to, which is a clear use of experience from past lives. Even when angry, Aang isn't completely aware of what he's doing.

As for his blocked chakra, he unlocks it in Ba Sing Se by secluding himself rather than helping Katara but then Azula's lightning apparently physically disables him from entering Avatar state. But in the final fight, it's unlocked again when he got hit by a rock in his injury (not sure how that shocked him)

So the glow means Raava is more dominant which means her energy AND past lives' experience can be used by the Avatar.

4
What really happened to Korra?
72
How did Indy know not to look into the Ark?
5
Did Abin Sur not make the prison good enough to hold Parallax forever and how was Abin Sur defeated so easily?
6
Why did Avatar Roku destroy the temple after talking with Aang?
6
Is Korra a Prodigy as an Avatar?
4
Can Korra go Into Avatar state after the third season?
3
How are the statues on the Southern Air Temple linked to the Avatar?