Do they really crash super cars in action movies?

Many action movies show super cars (i.e. $200k+) being completely totaled during action. I can imagine that some scenes are not CGI because they look overly natural. I also understand that with a movie budget of let's say $60M they can well afford crashing a few lambo's.

So, are they really crashing those super cars in action movies or do they use some sort of dummy cars and add on sounds to them?

It's very broad to say yes or no. But no, they don't. They use shells, stripped down frames, with standard engines, but with the appropriate paneling to make it look like the real thing. The inside shots are done either with rentals or CGI, but the crashes are the dummies as you put it. All for budget reasons. A replica is only a fraction of the real thing.

Note, the real thing doesn't have truss framing in it: 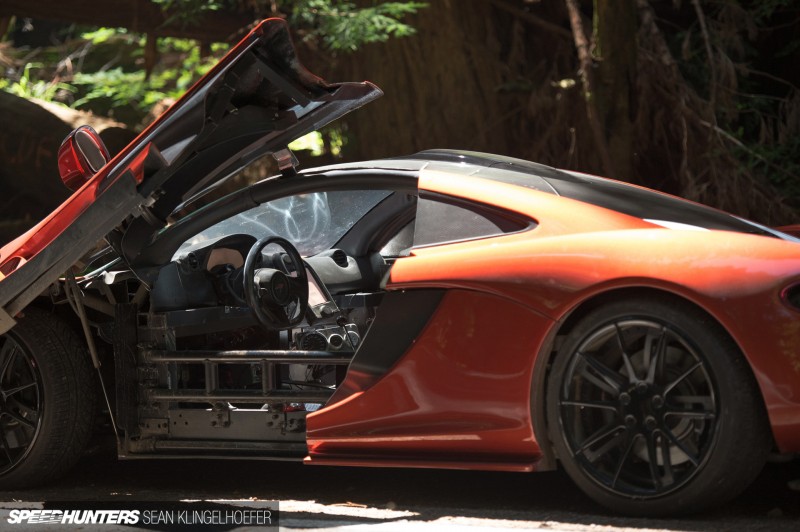 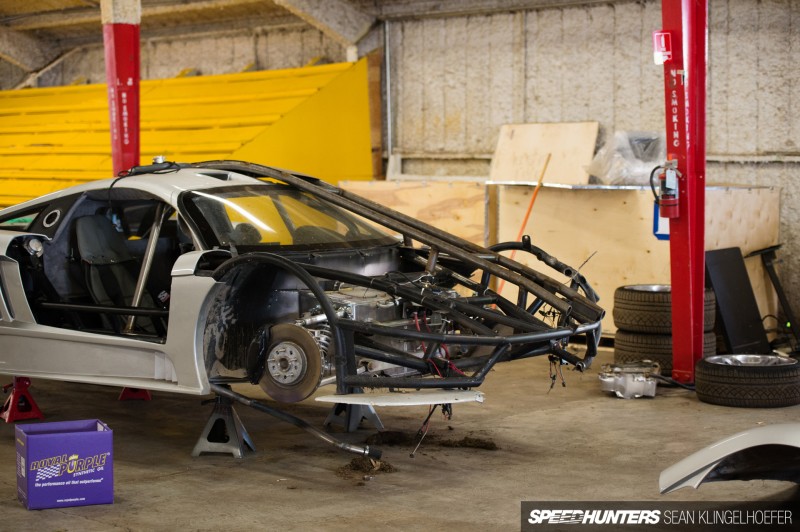 At least, that's how it was done for the Need For Speed movie. See chapter two here.

For Casino Royale, yes and no:

At the time of filming, Aston Martin were still in the final phases of designing the DBS. The scene involving the car crash was devised using an Aston Martin DB9 that was especially modified to look like Bond's Aston Martin DBS V12 and reinforced to withstand the impact.

Here's a good link regarding the filming for Need for Speed. In Need for Speed at least, they used real cars. Besides Need for Speed, they'll frequently use replicas of the shells of cars to crash. They have a special feature in The Bourne Supremacy that talks about this. In Fast and Furious: Tokyo Drift, the main characters Mustang had 5 or 6 replicas with only one of them having the real engine in it.

Others have answered about the specifics of cars being wrecked. But in general, when you are talking about big budget films where the potential box office returns will be in the millions and billions, $200,000 is chump change. It has nothing to do with publicity or some elaborate scheme; it’s simply how the world of film/TV works.

For example, the budget to film/produce The Fast and the Furious series was in total $759 million dollars (0.7B). The world wide box office returns for those films totaled $3,900 million dollars (3.9B). Go ahead and wreck a pile of $200,000 cars because at the end of the day, the film will be vomiting more cash than the studios/producers know what to do with.

When a movie/TV show comes along and builds elaborate sets and trash them in the end, that is an equal “waste.” And heck, look at the world of computers where people drop test iPhones. To you and me, a $399 iPhone is a costly object. To a website/magazine that will get revenue from the article on the topic, that is just an expense of the piece.

Not the answer you're looking for? Browse other questions tagged action stunts .

10
How are stunts where vehicles are seriously damaged (such as explosions or crashes) filmed?

11
In Swordfish, did they really fly a bus underneath a helicopter in downtown LA?
222
How did they make cars fall apart in old movies?