What powers the helicarrier in The Avengers?

I assume it would take massive amounts of energy for something that large to stay in the air. What is powering it? 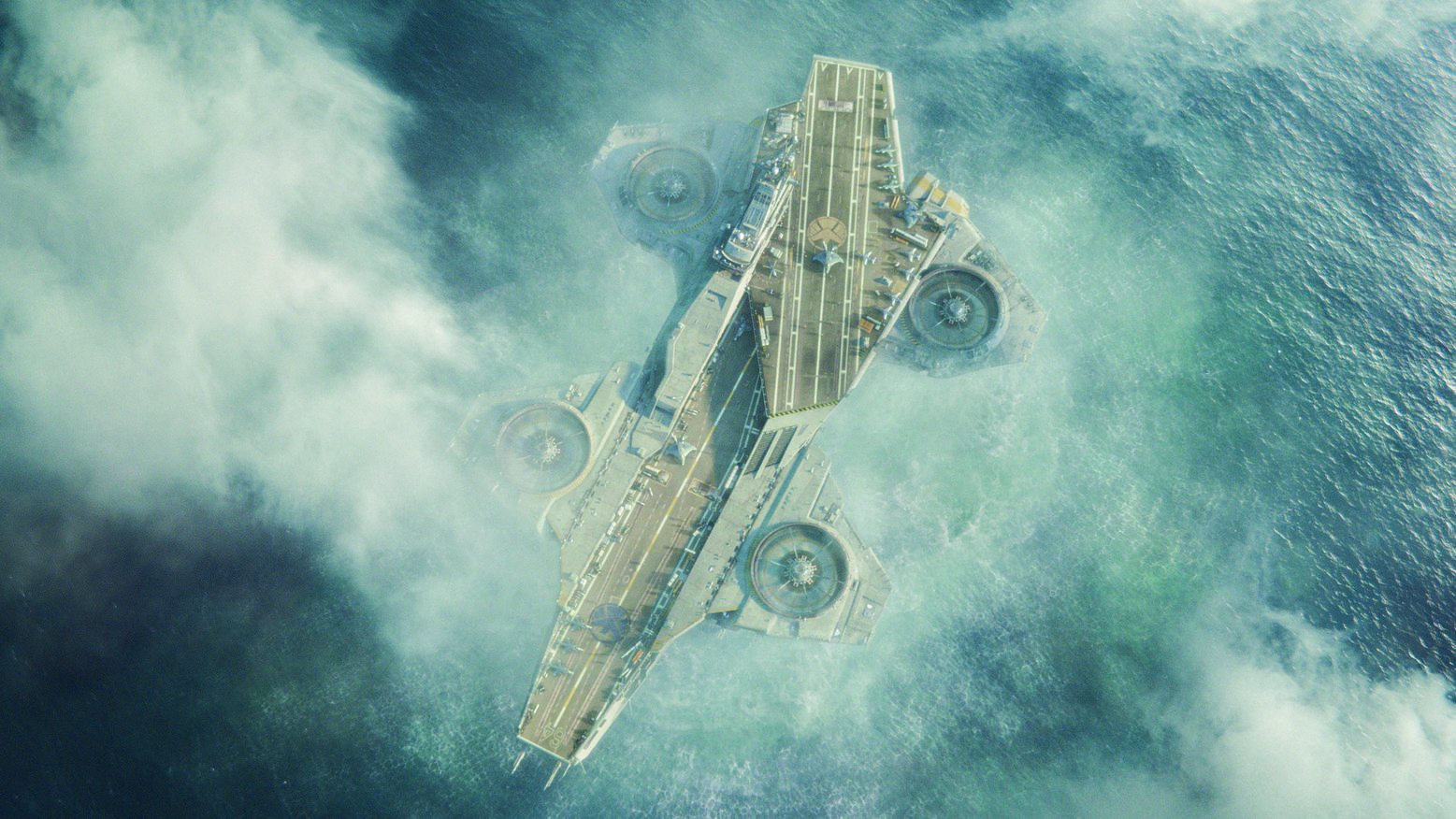 It runs on some form of electricity.

The movie and source material (MCU Earth-19999, Ultimates Earth-1610, and even main comics Earth-616) decline to go into any details.

Considering a full scale working model of the Arc Reactor was an unreleased prototype during Iron Man 1, with the villain attempting to steal it for fun and profit, it's highly unlikely that's powering the Helicarrier. Repulsor tech requires the energy output of an arc reactor to be useful and again, was only started to be useful in Iron Man 1. Considering the Helicarrier has to rely on mechanical/aerodynamic props instead of repulsor like jets, it's clear it can't be that. And Tony's post kidnapping reluctance in sharing tech, especially anti-authority anti-government stance until post Avengers, it's not any Stark tech.

Of course, Shield was actively working on using and reverse engineering WW2 era Hydra Technology, with super scientists like Hank Pym and senior Stark, it can be any kind of super efficient energy source. Since the MCU is basically real world tech adjacent, for the general public, logic dictates that's it's likely a normal nuclear reactor, but with improvements like super efficient air cooling instead of water cooling, or a lower heat output in the first place.

32
What would have to happen to merge the Spider-man franchise and the Avengers franchise?
11
In the Avengers movie, why did they close the portal?
5
What, exactly, are those “things” that come from the hole in the sky in The Avengers?
3
Hawkeye's sneak attack on the helicarrier in The Avengers
45
Why do the Avengers have bad radio discipline?
4
How does Adrian Toomes hide his earnings from the IRS?
66
Why does Thanos need *all* the infinity stones?
9
How was Thor allowed to bring Loki and the Tesseract back to Asgard in the first Avengers movie?
29
Is Odin inconsistent about the powers of Mjolnir?
1
Did the Avengers stay to have lunch with Tony?