Did John Locke have a mental condition?

In Lost series, John Locke becomes obsessed with his father who betrayed him. John drives to his house every day and just observes his father. It gets to the point that John trades his beloved for this matter.

Did John have some kind of mental condition?

He had anger issues and depression at different points in his life.

The episode Orientation, shows that he joined an anger management group therapy class in 1995. 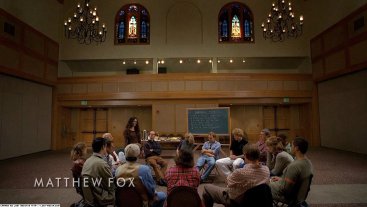 The episode The Man from Tallahassee shows that Locke later suffered from depression.

GOVERNMENT WORKER: Depression can be temporary, yes. And since you see fit to stop going to therapy, I guess you're all better.

LOCKE: [stands up] Guess I am.

While it's possible he had some form of OCD or something similar, there's no way to know for sure.

Not the answer you're looking for? Browse other questions tagged character lost .

5
Why didn't Locke realize his feet do not feel anything?
2
What is Vern's role at the recovery house?
8
Meaning of the troubled parent theme in Lost
5
Why was John Locke given choice to select an object by Richard in Lost S04E11?
4
How did smoke monster appear as John Locke while his body was still in coffin?
1
How was Dr. Kevin Casey with severe OCD able/allowed to perform surgeries?
50
Why did Vader passively accept being killed and replaced at Palpatine's command?
2
What was the connection between Richard's compass and John Locke?
4
Why does Ty have so much money?