Why doesn't the Mosasaurus attack the audience since we know it can reach them?

In Jurassic World, there is a scene in which the Mosasaurus eats a shark. There is a little distance between the pool and audience. Here it does not jump out of the pool and attack anyone. 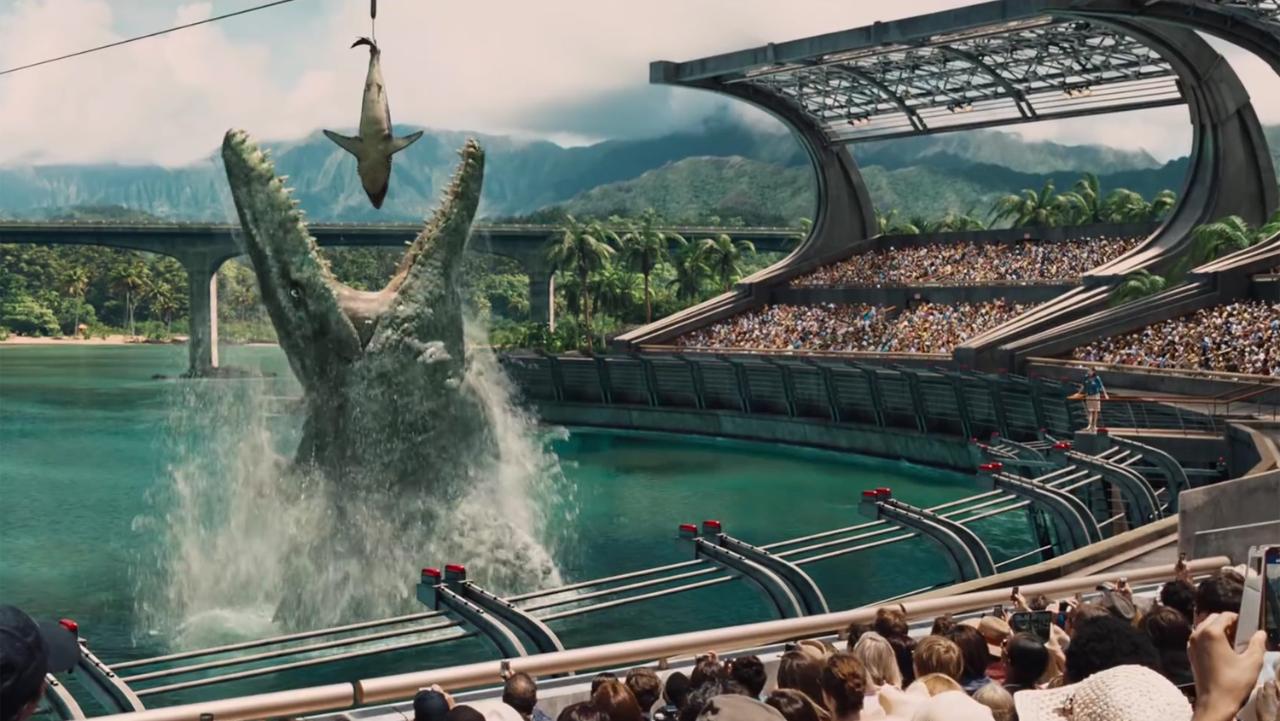 However, at the end of the movie, the Mosasaurus jumps out of the pool, attacks

and drags it back into the pool. 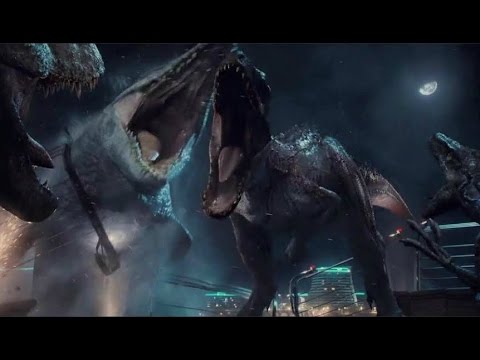 In the Jurassic Park series, we have seen dinosaurs eating humans as well. So my question is: why doesn't the Mosasaurus attack the nearby audience since we know it can reach them from when it later attacks

I do not believe we can definitively answer this question. It refers to an extinct animal used in a movie for a specific plot reason: to resolve the conflict at the climax of the movie. We do not know how Mosasaurus would react in either of its feeding scenarios presented in the movie.

However, we can apply logic and see where it takes us.

During this scene, the announcer specifically mentions the dinosaur is shy and may not be hungry. Most predators across the entire animal kingdom are more aggressive when hungry. While it may not be exactly safe to approach a satiated predator such as a wild lion, it is certainly more dangerous to approach one that is very hungry.

If the animal handlers at Jurassic World keep the Mosasaurus well-fed, it should keep it relatively more docile.

Also keep in mind that this is a purely aquatic predator that lives entirely in water: going after "land meat" is possible, but unlikely. While it is relatively easy for e.g. bears to pick fish from a stream, it would be more difficult for e.g. a shark to come on shore and eat a human.

Finally, there is a size consideration. Mosasaurus could flop into the stands, but those seats are set back a bit from the water, and humans are much smaller than it. Why go after tiny prey that is difficult to reach when larger prey is practically hand-fed on a regular basis?

At the end of the movie, Indominus and T-Rex are fighting and eventually they back Indominus up against the fence by the water.

Three factors are different here compared to earlier in the movie:

Based on common-sense and logic, it is reasonable to assume that Mosasaurus would largely ignore the human audience while attacking Indominus.

A mostly satiated Mosasaurus would ignore tiny prey set back from the water, while attacking the large prey standing on the edge of the water when hungry.

It was hungry, with a large, loud, distract, and injured prey within reach.

Keep in mind that all dinosaurs at Jurassic Park/World have been genetically engineered for fun and profit. They don't look like they used to, and were changed to fit public (mis)conceptions about how they are supposed to look and act. The Mosasaurus in Jurassic World is freaking huge compared to a natural one. The largest real one has a mouth a bit longer than a human, roughly 10 feet long, while the movie one is as long as a Great White Shark, typically 20 feet long. And it may have habits that are not common for a real one. Scientific belief is that it ate other marine dinosaurs, not ambush land ones. See https://en.wikipedia.org/wiki/Mosasaurus

According to me, there is another possibility here. We can see the electrical fences in the first shot. But there was no electricity when Mosasaurus drags Indominous Rex. Probably, that made easier for Mosasaurus to attack Indominous instead of humans.

20
Where did the T-Rex come from?
37
Why doesn't Borden know which knot he tied?
5
If Liber8 can hack Keira, why doesn't Keira or Alec hack them back?
9
Why doesn't Riddick know he's Furyan?
8
When was the guests' evacuation in Jurassic World?
11
Was the little girl at Lerner Airfield real?
3
Where did the leg go?