Meaning of the troubled parent theme in Lost

I have noticed that Lost series has a number of characters damaged in some way by their parents:

Later we learn that:

And I am sure I might have missed more. Finally, the question:

What is the importance of the 'Troubled Parent/Childhood' theme in Lost and why does it appear so frequently in lives of the main characters?

What I have come to realize being a JJ Abrams/Bad Robot fan for over 20 years is that most of the early TV series (Alias, LOST, Fringe, Revolution, and the very short-lived Alcatraz) had a Star Wars foundation, but with different genre skins (Espionage, Epic Adventure, Crime Drama, Dystopian, etc) on top. 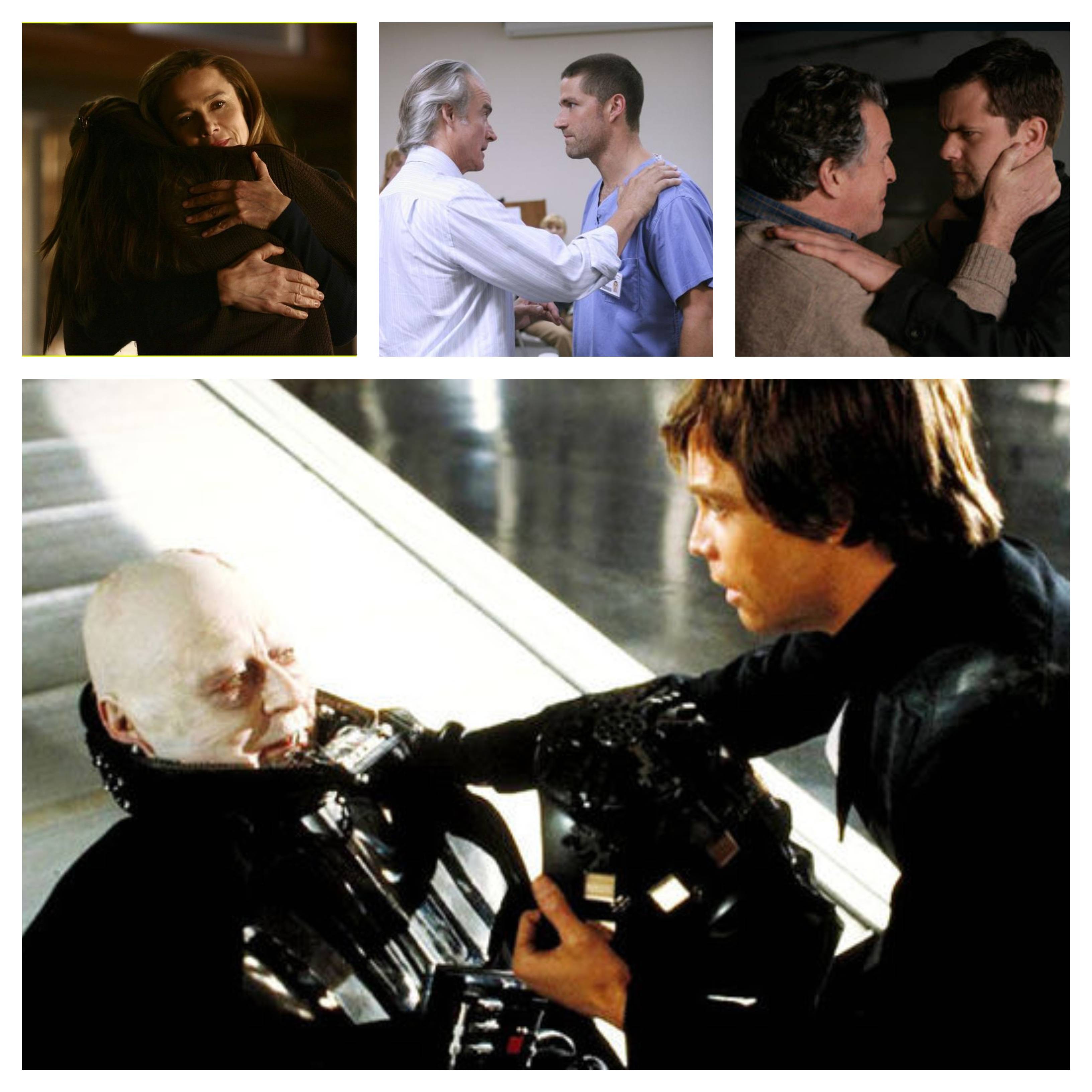 What I mean by this is, most of these stories are like Star Wars because at their core, they are multi generational family Sagas set within metaphysical universes. And with main characters coming to terms with the truth of whom their parents (or parental figures) really are, often by facing them in some way.

For LOST this notion was personified through many characters, because it was more of an epic than the other works, but really when it gets down to it, it's a very intimate father and son story about Jack Sheppard not understanding or being able to forgive his father.

IMO the Island was a time-machine that housed all conceivable manner of life extension through it's exotic light-water or it's "heart" (Life, Death, and Rebirth). The Island was pushing the characters SPIRITUALLY forward, by making them confront their past, and ironically with what they didn't know about the connections they had to each other and/or each other's families, as they began to try and make their own. For Jack in particular, this also became about a need to save the Island.

Also many of Bad Robots early works, and especially LOST, often referenced or had allusions to Star Wars, as many who worked on the series are known Star Wars fans, including JJ Abrams who has now gone on to co-write and direct Star Wars: The Force Awakens & Star Wars: The Rise of Skywalker, suggesting that his company's early works prove why Disney heads, such as Kathleen Kennedy would think he is the right fit for any 'Skywalker Saga' film.

In addition Damon Lindeloff, one of LOST's head writers and executive producers, went on to write and executive produce an adaptation of The Leftovers, which also like LOST, was about facing great losses, death, and/or The Unknown via the disappearance of people's family members.

Here is a full list of parent-issue of the show from, lostpedia.wikia.com. And the same wikia link presents the answer too:

At Comic Con '06 (transcript), executive producers Damon Lindelof and Carlton Cuse answer a fan's question on the subject and emphasize that this is an important theme which will be consequential in the show.

Fan: Now, for the big guys out there on the right side, I was just wondering if there’s anything that goes along with the rich powerful fathers, like Sun’s dad, Jack’s dad, Locke’s dad, Libby’s husband… are they all like, have anything to do with the DHARMA Initiative or…?

Carlton Cuse: Uh… you know that I think father issues are very much a part of the show. Dramatically, that is something that we deal with extensively. And if you look at the characters on the show, a lot of the characters have “daddy issues”. And that is sort of a thematic thread, and something that is very much a part of how we come up with stories and how we break stories.

Damon Lindelof: But, you know, there are obviously… one of the things that we love writing and we feel that fans that watch the show very closely is realizing at what level do certain characters connect to one another? And there are connections between Mr. Paik and various other parties that are sort of being alluded to… not on the internet, but maybe gradually as we begin sort of moving towards it on the show… You’re asking the right question, but we’re certainly not going to confirm or deny it right here.

The parent-child relationship seems to be of particular interest to J.J. Abrams, who created Alias with a similar theme.

Not the answer you're looking for? Browse other questions tagged character analysis lost .

24
Why is Walt special?
4
'Lost' follow along resources?
10
Lost purgatory theory
9
What was the symbolism behind pushing "The Button" in Lost?
11
Significance of Charlie's tattoo in the Lost series
3
Is the "Oh oh oh ah oh" chanting before a Lost episode the Lost theme song, or an ABC song?
4
When is the final explanation in Lost revealed?
9
Are back stories in Lost important?
5
Why does nobody care that Danielle and Ben hooked up?
3
Lost: System Failure