What exactly is the stuff in the middle of the Stargate?

The Stargate in Stargate, Stargate: SG-1, and it's derivatives, creates a wormhole between two Stargates, which most of the time has an unstable vortex kawoosh that tends to destroy anything that's sufficiently away from it's surface, before falling back in and leaving a mostly flat water or pool like surface. But what is the surface made of? It tends to ripple like water, but it's obviously not water. And in the season 2 episode "A Matter of Time", a large gravitational force of a black hole on the other side was enough to make it spin down/inwards like an eddy or whirlpool/maelstrom/vortex. 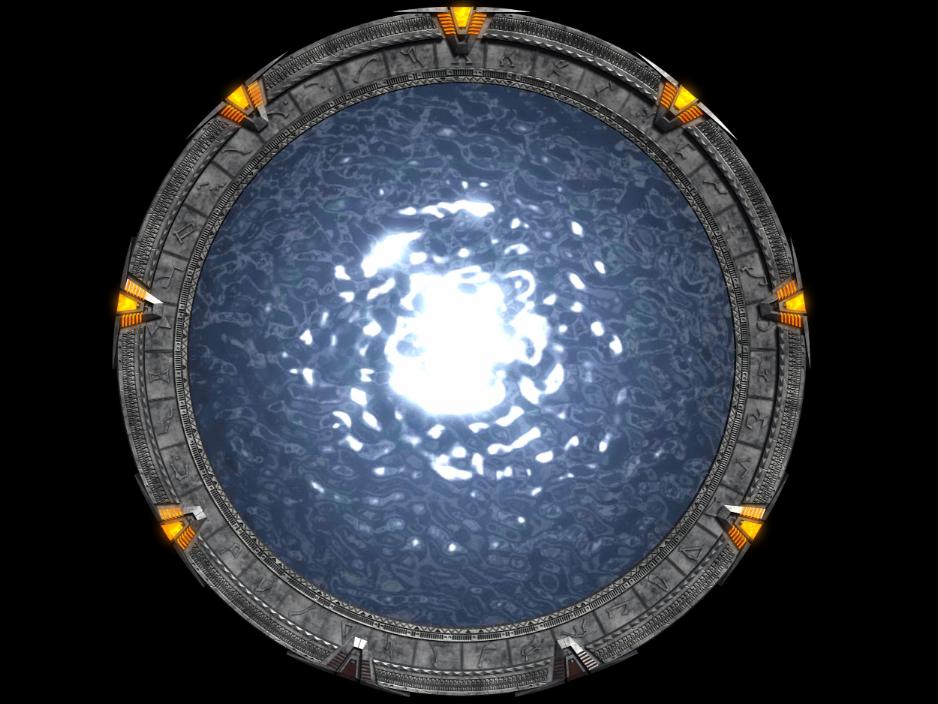 What you're looking at is the event horizon of a wormhole linking two points in space. It follows that the "puddle" isn't actually made of anything, it's merely a gravitational effect, causing the light in the gate room to be reflected back on itself.

"Hello, I'm Doctor Daniel Jackson and behind me is a Stargate. Found in Giza, Egypt, in 1928, we now know it was originally built millennia ago by an alien race who we call the Ancients. Over the next few hours, we'll be touching on some of the things you need to know about the Stargate and how it works. There are 39 symbols representing star constellations as seen from Earth, capable of transporting people—objects—hundreds of thousands of light years via an interstellar wormhole. Within the Milky Way galaxy, a seven-symbol address is used. The first six symbols lock down a point in space, while the seventh symbol represents the point of origin. When a connection is made between two Stargates, an unstable energy vortex emerges from the 'gate and settles into the event horizon, or "puddle," as we like to call it."

There has never been any in-universe explanation of any wormhole-type device. This includes similar wormhole-type devices found in Star Trek, Contact and several other Sci-Fi movies. My best guess is that if you had actors standing in front of a ring, it wouldn't really have the same impact as having them stand in front of a visual barrier. By making that barrier liquid-esque (that can't be a real word??), it still shows that there is some unknown on the other side but makes it realistic that someone/something can pass through it.

Out of universe, it may just be a visual manifestation of a magnetic field.

Not the answer you're looking for? Browse other questions tagged stargate .

1
Is the Chappa'ai vortex ionized or toxic?

7
What are the known differences between the Stargate universe in the movie and the TV series?
5
Why is travelling through the Stargate from Earth such a bumpy ride?
5
How does SGC know who is incoming before the stargate connects?
6
Did Patrick Stewart appear as an uncredited extra in this episode of Stargate Atlantis?
11
Is this map of the galaxy valid according to Stargate SG-1?
10
In Stargate movie how did they manage to activate the gate in alien world Abydos?
18
In Stargate, what has happened to the children in the pyramid?
5
What were the production reasons behind S05E19 of “Stargate: Atlantis”?
15
Is there mention of any of the modern gods in “Stargate SG-1”?