What is the point of the Red Thread/Tape around evidence or newspaper clippings?

I have seen in a lot-lot of movies that the person who searches for a crime or another person creates a web of red tape or wire around the newspapers and evidence he acquires. I never guessed its usefulness and am therefore asking why do they do it?

Here is an illustration I created: 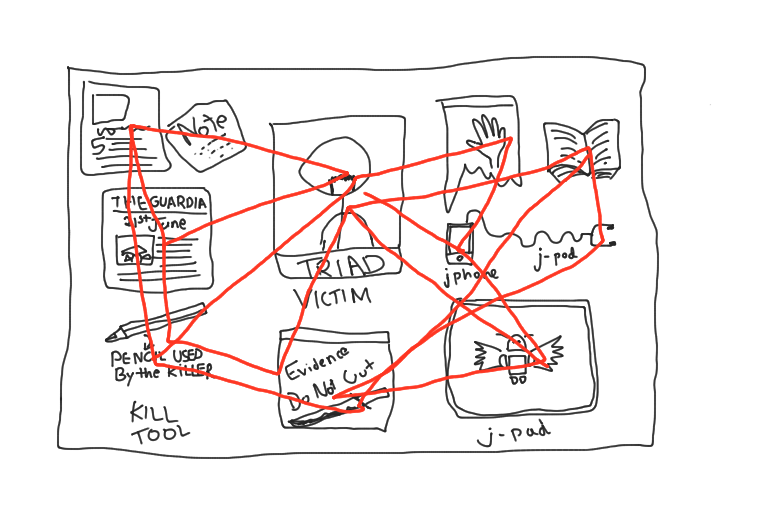 The practice is called link analysis, and its purpose is to show us how certain people may be related to each other or specific events.

It's not done so much by hand anymore in the manner you see, though perhaps this is still the case in some underfunded backwoods police bureau. These days we use highly sophisticated software like IBM i2 Analyst's Notebook or other visualization tools like Neo4j that effectively does all that stringy stuff.

We use it extensively in busting fraud rings. Suppose we see a ton of local victims claiming credit card fraud. Using these tools we can map out what they all have in common (they all ate at the same restaurant over the course of a week) and cross-reference with some other data set (like employee shift schedules at that restaurant). Then we find a connection between each victim and perhaps discover a bartender who served all of the victims. And so on...

It is my understanding the CDC uses similar tools to track epidemics.

I don't know if this has a definitive name, but TV Tropes refer to it as String Theory. I've also heard it referred to as a conspiracy wall.

Effectively a character creates a board with all the information they know about whatever they are interested in. They then use pins and string to connect events from all the different pieces of information to try and notice some sort of pattern.

For example, police officers investigating a drug deal may notice that their strings keep connecting to the same person/organisation/location. This then provides clues as to where they should focus their efforts.

To give a pictorial example, in the below image, it is obvious all of the information is pointing to a centralised location that should be investigated: 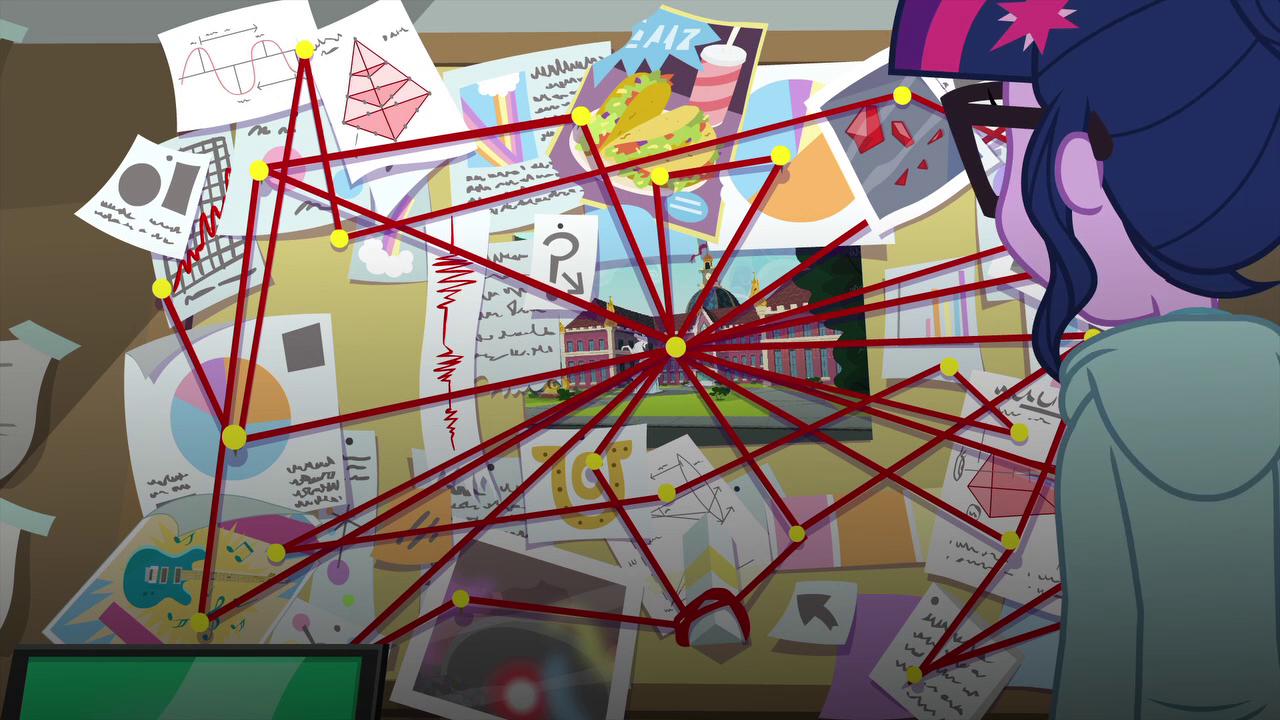 It is called "connect the dots."

In adult discourse the phrase "connect the dots" can be used as a metaphor to illustrate an ability (or inability) to associate one idea with another, to find the "big picture", or salient feature, in a mass of data. - The dubious Wikipedia

The idea is; as you collect seemingly relevant evidence, you connect the dots to the other evidence where it crosses over. Eventually you are able to see the big picture of what is really happening (or at least where to go to look for more clues).

When a person literally does this on a pushpin board, they are creating a visual reference for the evidence they have gathered.

As to why it is red, it is probably because it would usually have a high contrast relative to the information on the board.

This device illustrates characters' thought processes, showing how they "connect the dots" (as Jack B Nimble's answer describes). It also shows they've spent a lot of time and effort working on the problem. Rumpled shirts with rolled-up sleeves, desks littered with coffee cups, and overflowing ashtrays also help.

4
How realistic is the use of red yarn hub and spokes in crime television shows
8
What was the first movie to show a crazy person's wall covered with photos & articles connected by colored yarn?