Location of the scene with the river and waterfall: is the waterfall a joining of two streams? 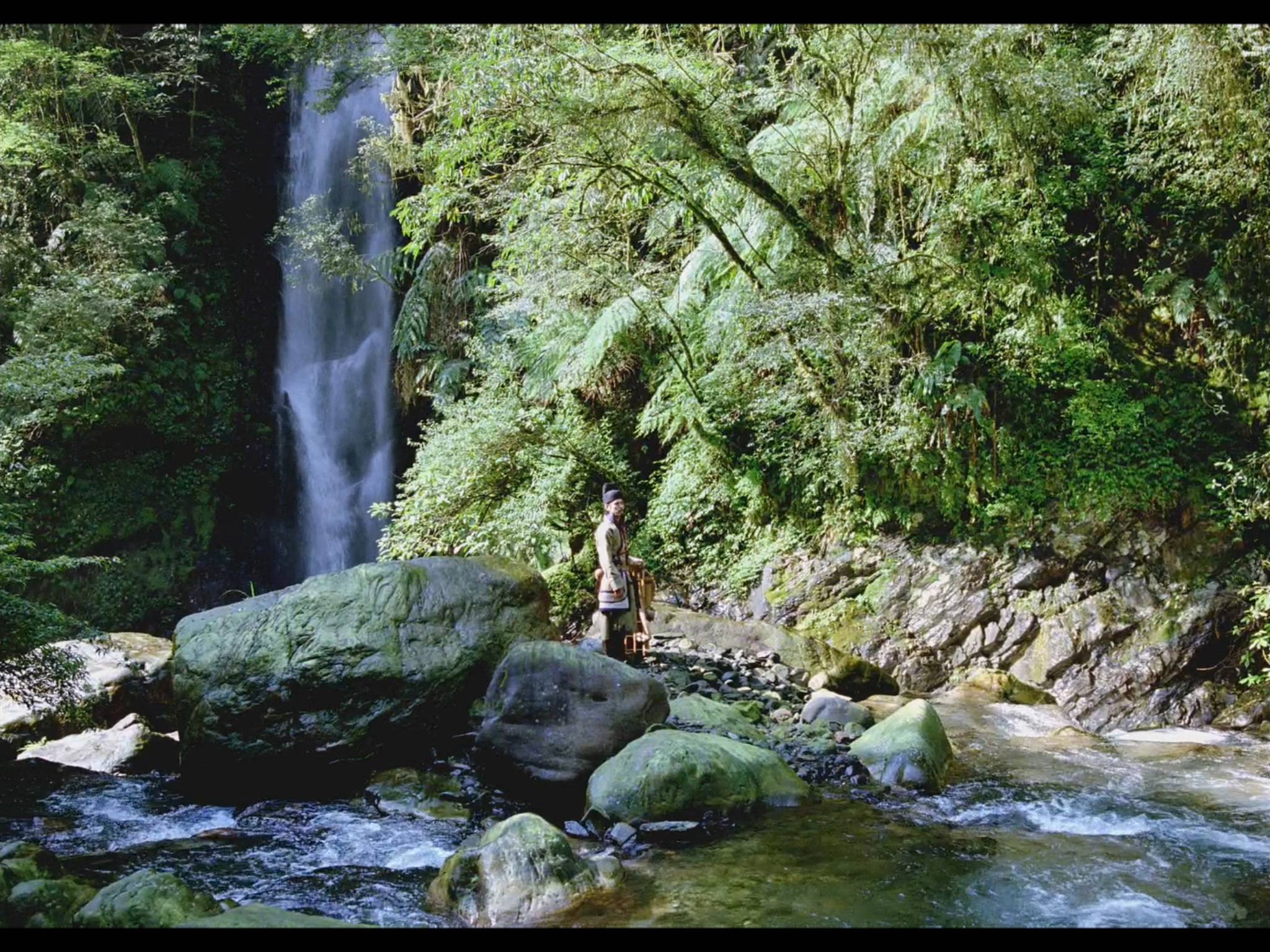 It appears approximately 60 minutes into the film. In it, the river appears to be moving TOWARDS the waterfall in the back. In every waterfall I've ever personally been to (maybe a dozen) the water moves away from the waterfall.

This may be a dumb question, but is this a case of where the waterfall is a joining of two streams? ie, the source of the waterfall is one river moving (for example) N-S and joins a river going E-W. Is this unique? For some reason this baffled me and I had to stop the movie for a while. 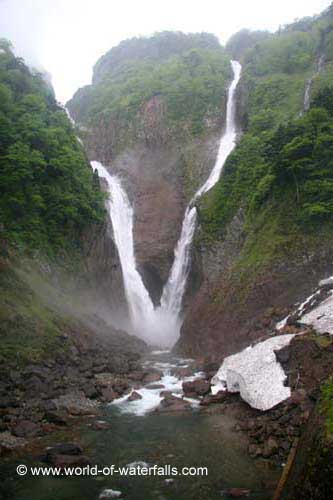 I couldn't find the actual location, so this is speculating, but there could be a waterfall hidden in that picture facing the other one, both falling towards a the same body.

Imagine in the picture above if you were standing in the waterfall on the left with your back to one on the right, it would look similar.

I did a long and fruitless search for this waterfall's location. As far as I can tell, the tropical forest of the battle this scene is connected to appears to have been filmed in Taiwan, however the flora in this scene (the ferns in particular) don't match those of the battle scene (I'm an amateur botanist specializing in ferns). If this is a composite, it is wildly good.

I think the foreground boulders and rocks may be one location and the background is another with all the greenery and the waterfall. Masterful VFX.

That, or this is some secret place only known to locals and film scouts! A double waterfall like this would be all over the web if it were easily accessible.

Not the answer you're looking for? Browse other questions tagged film-location the-assassin .

14
Where was the opening scene of Knight and Day filmed?
3
Were the barn scenes in Transformers: Age of Extinction and Astronaut Farmer filmed at the same location?
7
Was the final shot of Halt and Catch Fire S3/Ep8 done with a green screen?
3
What is this Northern British location in the opening scene of West is West?