In The Hateful Eight, the acting of Tim Roth (before the character switch) is very similar to the acting of Christoph Waltz, his miming and his way to speak reminds Dr. King Shultz from Django Unchained.

Also the costumes are similar: 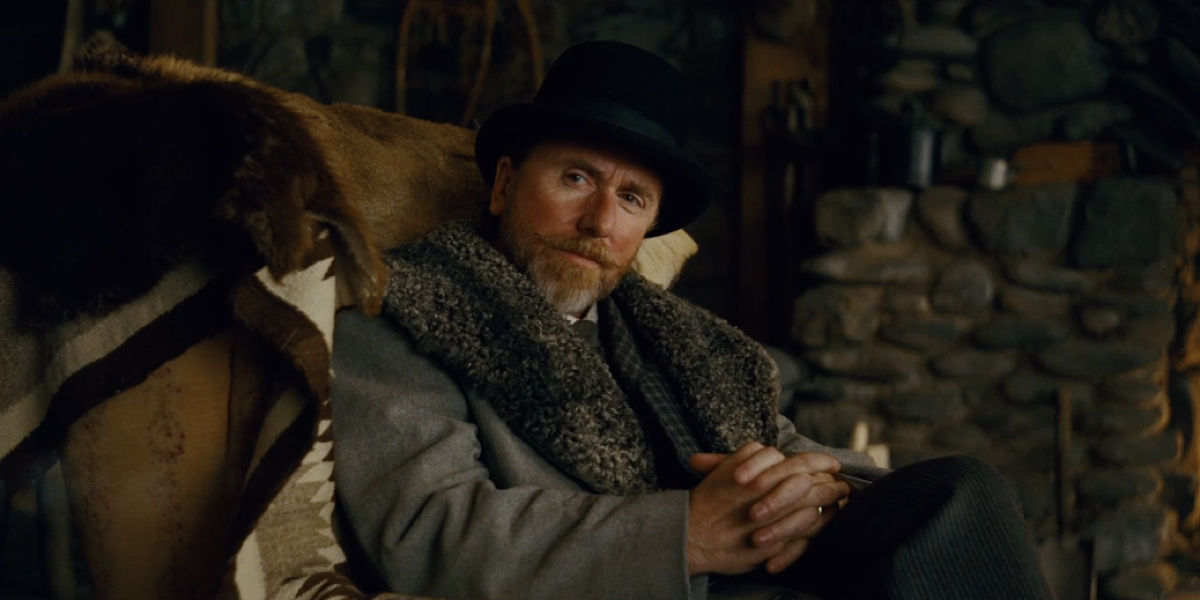 Have there been any specific motivations or reasons given for this? Is there even evidence that the role was originally intended for Waltz?

There's a chance that early on it could have been intended for him, but Waltz had no intention of being in the movie as he didn't want to be pigeon holed.

Not the answer you're looking for? Browse other questions tagged character the-hateful-eight .