Connection of the polar bear from comic book to the real polar bear in Lost?

In season one of Lost, there are few incidents of polar bears attacking the plane crash survivors. Specifically, around 15th episode, the bear traps Walt inside a tree. Moments prior, we see a comic book being burnt by Walt's father and the main page of the book having a raging polar bear depicted.

Is there any connection between the comic book and the further incident?

Edit: I should also mention that there has been made a special camera zooming accent on the image of the polar bear while the comic book has been burning down. So, this has intrigued me a lot considering the nature of the entire movie and its resolution.

It's very difficult to answer this without spoiling a little bit of the series. I have no idea where you are in the series, so I'll spoiler this block:

Officially, we don't know why. Damon Lindelof, co-creator of Lost, was asked it at Comic-Con 2011 and said:

One mystery that they said was always meant to be unexplained was the source of Walt's powers, which Lindelof likened to Stephen King's "Carrie," where it's just accepted without explanation that Carrie is telekinetic. "That's one of those things that never felt like a mystery to us: why is Walt special?" he said. "The answer is, because he is."

There are many fan theories on this, which can be found here. However, among them are the following:

Walt has some level of psychic powers. For example, In the episode "Special" (Season 1) while playing backgammon with Hurley, Walt thinks a number out loud and then rolls it. Also, when Locke is teaching Walt how to throw knives, Locke says, "Imagine it in your mind's eye." When he does, Walt is right on target. When studying native Australian birds, Walt tries to get his distracted stepfather's attention to look at the bronze cuckoo and when he can't a bronze cuckoo flies into the back door and kills itself. Finally, as you mention, Walt is chased through the jungle by a polar bear after reading a comic book with a polar bear in it.

Now, there are some counter arguments against this:

We later discover the Dharma Initiative were performing experiments with polar bears, as was evidenced by a comment made when Sawyer figures out how to get a fish biscuit. It can probably be assumed that the polar bears were being trained to turn the FDW to move the island, so that no human inhabitants had to be transported off-island. Therefore, this would explain their presence and suggest Walt had nothing to do with it.

So, none of this is conclusive. A lot depends on what theories around Walt you choose to believe.

The official reference novel The Lost Chronicles says this:

Walt doesn't know this, but Brian had become afraid of him since strange things were always happening around the boy. The day his mother became sick, Brian saw a bird fly to his death when it hit a window at their home, as if Walt had mentally called it to it's death. Walt seems to have the power to think of things and make them happen.

Based on this, it seems Walt has the ability to subconsciously summon animals. Canonically, we know the polar bear was already on the Island, so we can postulate that he attracted, as opposed to created it, it the same way he attracted the bird.

Additionally, Micael once gave Walt a toy polar bear, so Walt may have an even deeper subconscious connection to them. 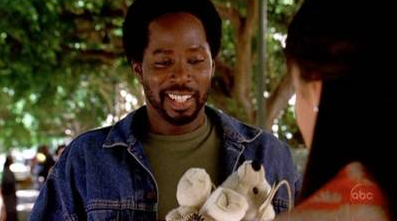 43
What was really behind the mysterious number sequence in Lost?
10
Who is the real villain in the TV series LOST?
9
Eloise Hawking's connection to MIB and the loophole
5
What was the letter written by Charlie before he died in Lost?
4
What did the polar bear signify at the end of Snowpiercer?
8
What was the mechanic noise behind the Black Smoke Monster in Lost?
4
When is the final explanation in Lost revealed?
1
What was the connection between Richard's compass and John Locke?
9
Was the Island in LOST In another dimension?