Does time travel in the 12 Monkeys TV show work differently than in the movie?

I've been watching the 12 Monkeys TV show, which is based off of the 1996 movie of the same name. Time travel is a major part of that movie, and I have found a thorough fan explanation for how it works. Essentially, each major change to the timeline results in a new timeline being created, which seems to me to overwrite the previous timeline.

However, things don't seem as simple in the 12 Monkeys TV show. In the first episode, Cole demonstrates the effects of temporal paradoxes by scratching Frost's watch and showing that the scratch has instantly appeared on the same watch that he brought back from 2043. Additionally, Dr. Goines says that he has already met Cole, yet it is unclear to me if there are multiple timelines as there was in the movie.

So does time travel in the 12 Monkeys TV show work differently than in the movie?

The Army of the 12 Monkeys commissioned the project as part of their larger plan. The machine would ultimately allow the Messengers to travel back in time and begin paradoxing Primaries. They required all events to occur exactly as they always did, including having Ramse travel back in time from 2043. Following the conclusion of this "cycle", the Messengers finally invaded the temporal facility, completing the first phase of a plan that was decades in the making. http://12-monkeys.wikia.com/wiki/Project_Splinter

The TV Series has already given into the idea that there several iterations of the timeline, which may have points of intersection, creating iterations or loops with in some loops, as the series talks about "cycles" and the characters witness a new cycle beginning, but not at the beginning of the series. 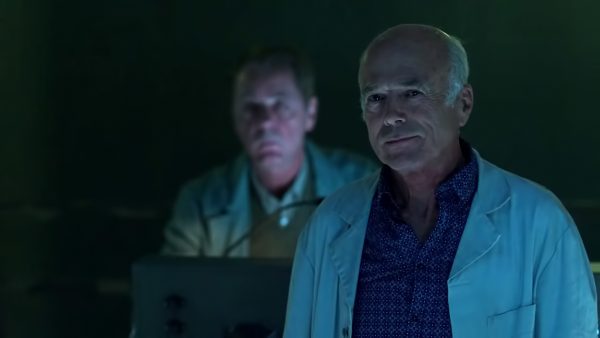 In season two for instance, viewers witness a 2044 convergence, which can not happen unless there is more than one 2044 to begin with, but it tries to 'trick' viewers by making it out that the time line was just "altered" by other characters' actions at another point in time and that Jones doesn't remember the relationship she had with Eckland, because she had taken a "time-distortion" drug. However none of the other characters ever claim to remember him either and this is also when the series introduces Ekland to the viewers.--We could suppose that Eckland is from another version of the timeline, knew another Jones, and that the drug is just a side-effect of the time line working the convergence out and is also used as means to [spiritually, emotionally] advance Jones' story.

The TV series tends to talk about things in riddles and the characters often suppose theories about what is or is not happening, and sometimes are proven false, due to other things happening later, kind of having the viewers and characters in tangent through an ongoing process of elimination.

The Film-version ends in a paradox, but without having evidence of other timelines or alterations to the timeline, we have to assume in the film's universe that time is flat circle, instead of having some paradoxes really be multi-timeline networking, as 12 Monkeys the series goes all out on exploring various kinds of paradoxes or 'cause and effect', including some characters potentially time traveling to different times at the same time, without the reality ever breaking completely down, outside of coming close to The Red Forest.

In addition the TV show also has a mythology that revolves around time becoming "conscious" and creating "fate", leading The Witness (or it's followers) to believe the kindest thing to do to help humanity deal with it's pain is to unleash the virus/plague, resulting in a timeless flux (ie: The Red Forest).

However, because the final season has yet to air, we don't know if "fate" can be undone, the virus/plague stopped, and/or if Cole's tv version of the film character will still have to be sacrificed or if the series will end with more of a silver lining, but it is designed a little bit more towards the idea of a non conventional family coming together with a bit of a spiritual undertone with characters having redemption arcs...

The main theory of time travel is quite different in the series than in the film. In the film ultimately Cole can not stop his destined future.

In the first season of the series they were more careful not to choose one theory of whether or not time could actually be altered, however, this is not so in the second season. Time is able to be changed, such as the virus will be spread later, or less people are killed. When the future changes, only those involved in the time travel (or I believe that have had a shot) see the effect and watch time change around them - ie after a change the character of Jones suddenly had a lover that remembered everything, but she remembered a life without him. Also primaries can see all changes/versions, but that's something separate and hard to explain if you don't watch the series.

Not the answer you're looking for? Browse other questions tagged 12-monkeys 12-monkeys-tv .