I've seen the Deadpool movie, but don't have any knowledge of or experience with any of the comics.

What I noticed is that the film appears to set "Maximum effort" up as a catchphrase of sorts. I can recall at least three instances where the phrase was used:

What's not clear to me after watching the film is if the catchphrase is being played straight, meant to be taken ironically/as a lampshade whenever Deadpool does something that's only possible because the plot requires it, or a reference to an inside joke that only people who have read the comics will get. Which is it?

To me, "maximum effort" was a powerful motif that tells the audience more about the psyche of Deadpool -- a man who allows his life to oscillate, too predictably, between moments of extreme danger and safety.

Deadpool, who is, for reasons unknown to the ignorant, non-comic-book-reading masses, too messed up to try hard everyday and improve his life, is satisfied with putting in low effort until it leads him into dangerous situations where he and his loved ones are threatened. It's very relatable -- the idea that Deadpool has the ability to consciously choose to put in low effort and maximum effort at will -- because most everyone in the world has struggled with discipline.

However, what Deadpool lacks in discipline, he makes up for in passion -- he loves his girlfriend, he loves having sex, and he loves being extraordinarily violent. He would flirt with the line between childhood and adulthood only if he were sure he would be having sex with it by the end of the night. In short, he likes to have fun. That's why the film seems so good to teenagers, who struggle with Deadpool's issues on a smaller scale. That's also why it was slightly triggering.

Anyway, "maximum effort" is an indication that Wade Wilson is more than just a superhero. He's also ridiculously, unapologetically human.

Didn't really gave too much attention to the phrase when watching the movie.

I found out a song while searching for an explanation: Maximum Effort (Deadpool OST) - Tom Holkenborg aka Junkie XL. Don't really think it's any connection between them though.

Also in this article it is mentioned that There’s some vague motivational thinking going on, or at least a catchphrase, “maximum effort!”, that is used frequently for no clear reason.

The same question is discussed here and one of the answers contains a image from Deadpool #900 (October 2009 Special Issue, between Deadpool Vol. 2 #16 and #17, essentially starting Deadpool Team-Up) where the phrase is used. 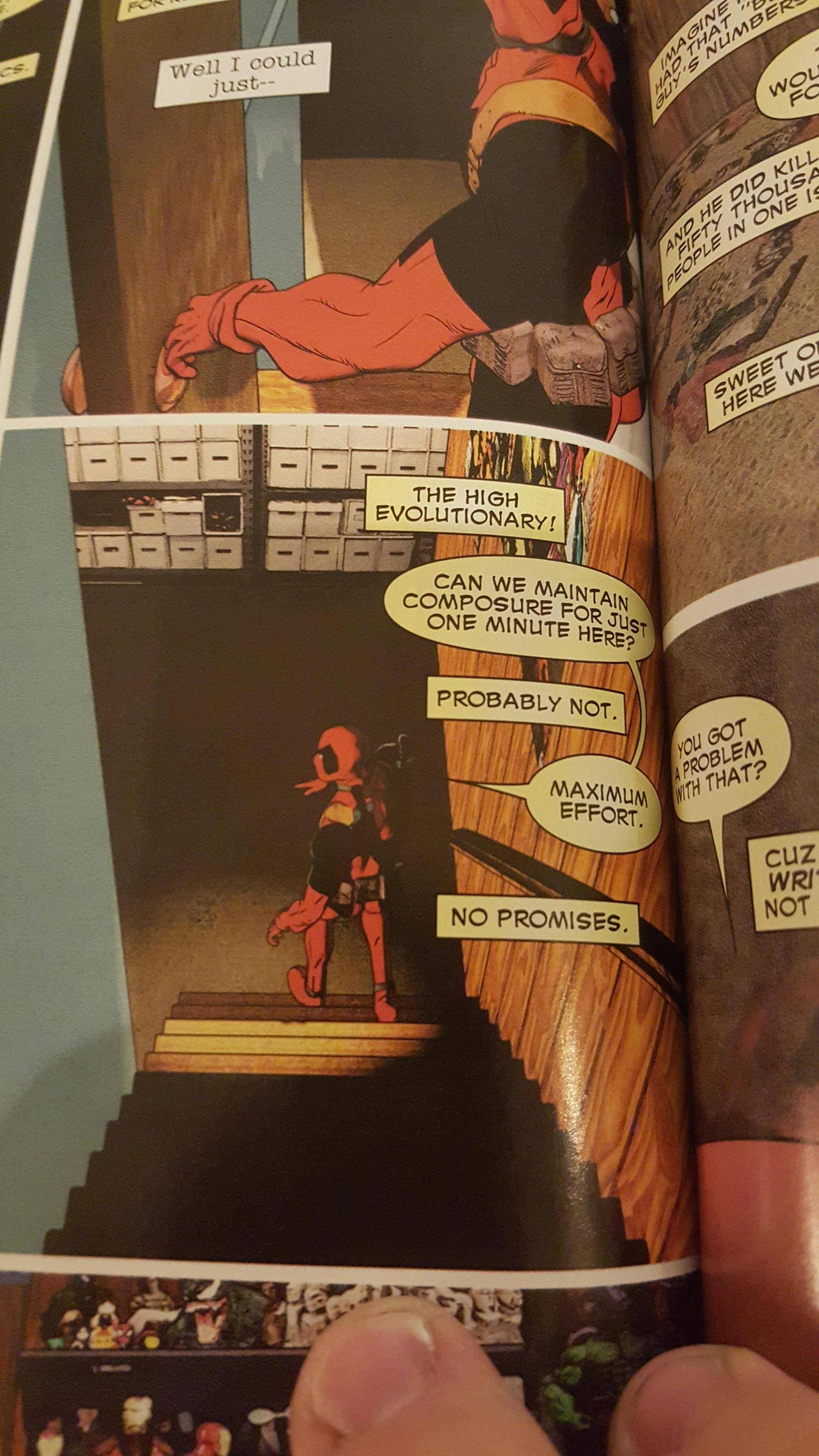 I feel like it's a satirical reference to the nano suit in the Crysis game series. When nano suit skills are activated the HUD audio voice will call out "maximum armor", "maximum speed" etc. I may be way off but it's certainly not out of the ballpark.

Not the answer you're looking for? Browse other questions tagged analysis x-men-cinematic-universe deadpool .